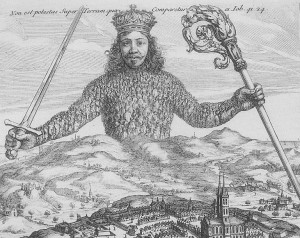 Kearneysville, WV. This is a crucial moment in our nation’s history. People of all political stripes recognize that something is deeply amiss. Obama ran a successful campaign championing the idea of change even though the particulars were rather vague. And now, nearly a year into his administration, Obama’s favorable numbers are falling. The change he promised has, so far, turned out to be more of the same: More government intrusion. A continuation of a multi-faceted war with no end in sight. More attempts to spend our way out of debt, despair, and general fatigue.

The dissatisfaction is real, and if it is properly directed, this may, indeed, be a window of opportunity for a restoration of the republic that has, over the last century, drifted steadily toward empire and the decadence to which empire gives birth. Yet, in this moment of possibility, it is good to recall certain basic political principles that can guide reforms and help avoid pitfalls.

First, power always tends toward consolidation. Try to remember the last time you heard of government power shrinking, or of government officials voluntarily limiting their own power, or of power devolving to states, local jurisdictions, and to the people. Of course, Cincinnatus famously walked away from the seat of power, and our own Cincinnatus, George Washington, did the same. But even while individual leaders can set a powerful example by resisting the temptation of power, the apparatus of government continues apace, gathering power to itself.

The only means of resisting this continual accumulation of power is by cultivating vigorous alternative centers of power. Bertrand de Jouvenel called these “make-weights.” A make-weight may appear in the form of a church, a labor union, or strong state and local governments. Without make-weights to push back against the expansive pressure of the central state, centralization of power will continue to the detriment of all.

Second, war invariably facilitates the centralization of power. This is an historical fact and it is intuitively easy to grasp. War, or the threat thereof, forces the state to mobilize its resources to meet the enemy. The efficient mobilization of resources is best realized when the central command is strengthened. There cannot be competing centers of power when a war is being waged. Make-weights will invariably be forced to bow to the necessity of the survival of the state.

The centralizing dynamic of war should concern every American. The twentieth-century saw more war than peace, and even those few moments when the dogs of war were not tearing each other to bits, a cold war and an arms race provided a compelling justification for granting increased powers to the federal government. It is no coincidence that this same century witnessed a breath-taking expansion of centralized political power.

The fall of the Soviet Union provided a brief respite from the fear of communist expansion, but 9-11 inaugurated a new age: a war on terror. This war that, according to Dick Cheney, could last for a century. This war, President Bush once suggested, would rid the world of evil-doers. Such rhetoric should have made every right-thinking American shudder with fear. A war against evil is an endless war and an endless war is ideally suited to the consolidation of power even if the men and women presiding over that war do not intend that inauspicious outcome.

Third, there is an inverse relationship between the number of laws necessary to maintain order and the willingness of citizens to regulate themselves. People require order above all else. That order will either be self-imposed or imposed from the outside. When a people are self-regulated, less laws will be needed to achieve the order needed for a society to exist. When individuals refuse to regulate themselves, laws will be imposed to fill in for this failure.

The grand liberal experiment of the last two centuries is predicated on idea of liberation from all natural and imposed constraints. The internal checks on actions—call them mores, habits, virtues—have suffered a continual buffeting by the forces of liberalism intent on crushing every constraint and obligation that is not the product of individual will. Even the virtue of self-control chafes against the logic of this religion of absolute liberation. But self-control, as well as the other virtues, are necessary, for they acknowledge limits and train us to be content within the limits imposed by nature, by moral truth, and ultimately by God. These virtues are the very elements needed to limit the flights of libertine fancy to which the unencumbered will is susceptible.

Yes, an important moment of opportunity may be upon us. Yet the impediments to a constructive and beneficial change are many. In light of these three political axioms, it seems that three general imperatives can be derived, imperatives that may not be sufficiently specific to form a political platform, but nevertheless are necessary for the success of any program championing a robust freedom of individuals and their communities: