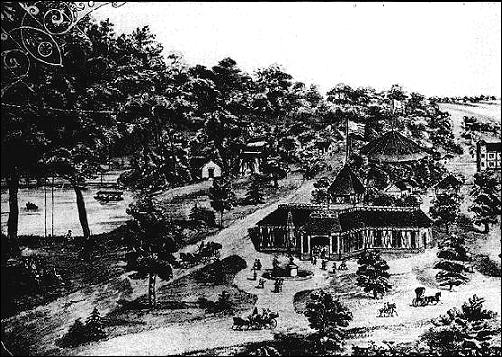 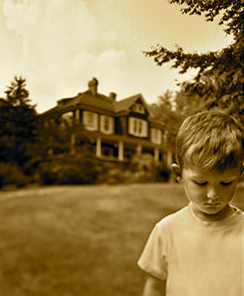 C.S. Lewis noted that “If you had asked Lazamon or Chaucer ‘Why do you not make up a brand-new story of your own?’ I think they might have replied (in effect) ‘Surely we are not yet reduced to that?”  This Medieval way of thinking, bred of a time when situatedness could be taken for granted, is obviously antithetical to the experience of we moderns.  A place like Kansas, where I was raised and am now raising my own family, was founded by people whose willingness to write their own stories is among their most alluring qualities.  But one can’t help but notice a certain franticness and isolation that comes from always writing new tales.

Indeed, I have become convinced that it is by telling old stories (old at least by Kansas standards) that I have the best chance to articulate for my constituents a vision that speaks past and beyond the specific causes of the moment to the deeper question of what it means for people to live together in society.  As such I’d like to begin my first contribution to Front Porch Republic with a story more fully told in the writings of Robert Smith Bader, of the University of Kansas.

In August 1879, approximately 100,000 Kansans (about 10% of the entire population of the state) gathered over a series of days for a tent meeting at Bismarck Grove, just northeast of Lawrence.  According to Bader, this picturesque spot, lying on the flood plain of the Kansas River, was dominated by old elm trees and a quiet pond, as well as recent improvements including, walks, drives, fountains, gas lights, dinning halls and a 5,000 seat tabernacle, all courtesy of the  Kansas Pacific Railway, owner of the property.

The occasion of this meeting was the enthusiasm generated by a proposal to amend the Kansas Constitution to “prohibit the manufacture, sale and importation of intoxicating liquor.”  Earlier that year the measure had received the necessary 2/3 vote in the House and Senate to be placed on the ballot.

The crucial legislative vote came in the House, and while the full story is a fascinating one of political intrigue, passionate tactical disagreements among drys, and monumental strategic blunders by wets the tale of the actual vote in the House is the stuff of legend.

When the votes were initially cast the measure was just short of passage, resulting in the supporters of the amendment using a procedural maneuver to hold the vote open while members were required to remain at their desks.  This went of for several hours when, as told by Frances Willard, President of the Women’s Christian Temperance movement, the following occurred:

“But look, a woman, gentle, modest, sweet advances from the crowd. What is she doing down that aisle, where woman never trod before? Yea, verily and every eye follows her with intense interest, and the throng is strangely still as she goes straight to her husband, takes his big hands in her little ones, lifts her dark eyes to his face, and speaks these thrilling words: “my darling, for my sake, for the sake of our sweat home, for Kansas’ sake and God’s I beseech you change your vote.”  When lo upon the silence broke a man’s deep voice, “Mr. Speaker I wish to change my vote from no to aye!”  How loud rang out the cheers of men, how fell the rain of women’s tears.  So Kansas leads the van and one little woman saved the day.”

The man in this case was Rep. Grover Greever, a 48-year-old Democrat and prosperous farmer from Wyandotte County.  The woman was his 25-year-old wife, Margaret who he had married only weeks before.

It was out of this same movement that Kansas also came to “lead the van” in women’s suffrage.   Kansas women first gained the right to vote in municipal elections in 1887, and experts looked on with interest to analyze their voting patterns. Indeed Franklin Adams executive director of the Kansas Historical Society studied the results closely and, using the vernacular of the day, concluded that “in every instance the women voted for home and fireside.”

These simple stories provide Kansans with recourse to common threads linking us to our collective past, with those who passed down to us a patrimony of love of home and fireside of God and native land. The issues we face today are different; the cause of prohibition ran its course and the cause of suffrage was won, but the core values that animated Kansans of that day can and should be much more than dusty relics. Indeed, I would suggest that for those like me who identify with the Republican Party they may point us to a way of articulating our principles that will in fact sound new to many.

It might point us to a Republican Party that favors limited government not out of a desire for radical autonomy detached from community, but because we reject the idea of an omnipotent state in favor of loyalties that run to our families, our churches and local associations.

It might point us to a Republican Party that favors individual liberty from an understanding that in a genuine community the decisions most directly affecting the lives of citizens will be made locally and voluntarily. And, that where the functions of community are transferred to distant political bodies, government by the consent of the governed gives way to a standardizing process hostile to freedom and human dignity.

It might point us to a Republican Party that favors markets not to make Wall Street rich, but to make families and local communities free.

It might point us to a Republican Party that favors traditional values, not out of some schoolmarmish desire to interpose upon the private lives of others, but from a belief that the inner order of the soul, and the outer order of the commonwealth can not be hermetically sealed from one another.  That as Russell Kirk noted “A society in which men and women are governed by belief in an enduring moral order, by a strong sense of right and wrong, by personal convictions about justice and honor, will be a good society—whatever political machinery it may utilize; while a society in which men and women are morally adrift, ignorant of norms, and intent chiefly upon gratification of appetites, will be a bad society—no matter how many people vote and no matter how liberal its formal constitution may be.”

And perhaps by telling old stories something even more important might start to happen. Perhaps we might recapture something else C.S. Lewis has noted about our Medieval forbearers, “One had one’s place, however modest, in a great succession; one need be neither proud nor lonely.”