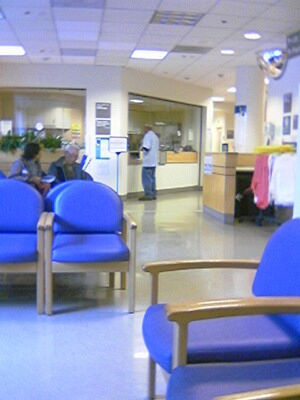 Claremont, CA. In the current conversation on health care, we often hear that the crises of costs and coverage are problems that come with an aging population. OK. Fine.

Now, I like grandmas and grandpas as much as the next person. But this health-care debate is not only about, as so many people suggest, “your parents or grandparents.” It’s just as much, if not more, about your children.

As a report this week from the U.S. Public Issue Research Group reminds us, the health-care crisis in the United States is very much a young person’s problem. In fact, the report – titled “Uncovered” – reveals that young adults are the Americans most likely to lack health insurance coverage. Specifically:

Though other reports might quibble in the details, every report I have read agrees: Young adults are the Americans least likely to have (and have access to) health insurance, and they are the fastest growing group of the uninsured.

But I talk to young Americans every day – young Americans who are privileged by almost every standard – and I hear lots of anxiety about health care. Just because my students don’t worry that they’re going to die in, like, the next week does not mean that they don’t worry about getting sick.

Seniors worry about whether or not they will find jobs that have health benefits. Underclassmen worry that a parent’s job loss will mean losing their own health coverage. Many of them take some form of prescription medication and so are reminded, every day, how much they depend on health-care coverage. And everyone knows that between the close living quarters and late nights of campus life, colleges are little germ festivals. Students are sniffling their way to health services all the time.

About a year ago, one of my students had a cough so bad she sounded like a freight train full of hyenas when she walked down the hall, but she ignored all entreaties to visit student health services. Eventually it became clear that she was terrified that the college doctors would charge her (or her parents) for the visit, and nobody in the family had health insurance.

And anyway: we’re not just talking about college-age people here. Almost a third of 20-somethings lack health care, as do almost a quarter of people aged 30 to 35. These are “young people” only in the most quantitative sense of the term. Many of us – since I’ll go ahead and admit to my own place in this age demographic – are homeowners, are parents, are not exactly throwing toga parties to celebrate our invincibility every Thursday night.

A year ago this week, my (32-year-old) best friend got fired from a very prestigious, high-skill technology job. Though she has a top-notch college degree and impressive work experience, she could not find another job with health benefits – at least, not before she was diagnosed with a pretty grim form of cancer. She is in the hospital now, facing down surgeries and chemotherapy and radiation, along with the knowledge that in a few months her health insurance (through COBRA) is going to run out.

There are many young (and youngish) Americans out there in similar situations, who not only lack health insurance but also lack visibility in the current public discussions of health care.

At the very least, there are strategic reasons for all elected officials to spend more time considering what is actually quite a substantial demographic – we’re talking about all Americans born from roughly 1974 to 1991 – whose partisan loyalties might not yet be set in stone. I might even go out (not so far) on a limb and say that any society that more-or-less leaves out huge swaths of its population in public-policy conversations is not doing itself any long-term favors. A sense of intergenerational awareness — not to mention intergenerational responsibility — is critical for the long-term health of any regime, as so many thinkers have said.

In whatever terms we see the current health-care debates, I wish that we saw younger Americans a little more clearly, or just a little more.