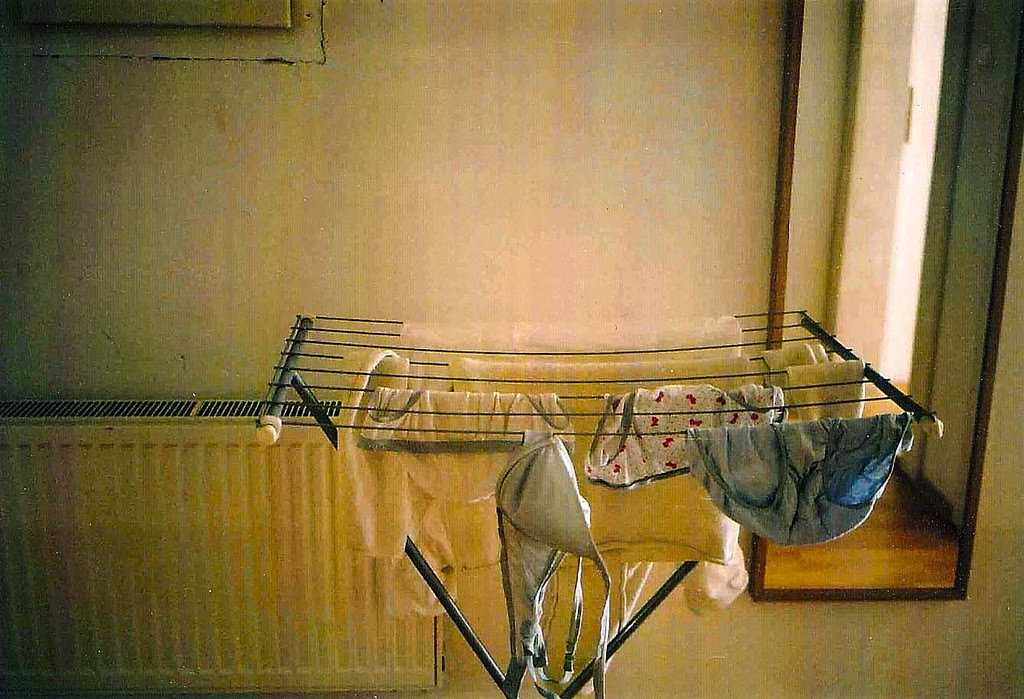 South Korea lives on the cutting edge of technology — just ask the young smart-phone zombies that slowly roam the campus where I teach. On second thought, better to send them a ‘chat’ on Kakao Talk, the messaging app that is the ubiquitous substitute for conversation south of the 38th parallel. Nevertheless, one piece of low-tech that is still surprisingly universal is the drying rack. You can buy these foldable winged metal A-frames at most any store, and you can always see them doing their work in the windows of the high rises that house most urban Koreans. Here, the WiFi is fast, but drying your clothes is not.

That may be about to change. Recently, I saw a not-so-subtle television ad for a dryer. An attractive female is moved to near ecstasy by the feel of a freshly dried towel against her cheek, and at the end of the spot her drying racks simply fade away, replaced by the sleek beautiful dryer.

Korea has taken cultural cues from United States for over half a century, ever since Uncle Sam swooped in to keep the peninsula from going fully red. Today, there is something eye-opening about seeing the familiar techniques of American consumerism applied with different looking faces speaking a language you do not understand. Those buffers make the entire enterprise of advertising — built as it is on sex appeal and envy — look more ridiculous to Western eyes otherwise numbed into submission when on the other side of the Pacific. You can clearly see what they are trying to do, but you have moved out of the cross-hairs.

Perhaps, the student has now become the master. Baseball teams here do not just have corporate sponsors for their ballparks, they are corporate entities. Geography has given way to conglomerates as the mascot prefixes. In Korea, the local version of the Texas Rangers do not take the field against the New York Yankees. Instead, we watch the Samsung Lions, Kia Tigers and Doosan Bears. Oh my. (And, yes, the names on the jerseys are all in English. Also, you can watch the Texas Rangers and any other major league team that has a Korean national on it, but I digress.)

It is not hard to find a Starbucks or a Burger King, yet despite Korea’s embrace of caffeine and fast food, the drying rack has endured until now as a bit of slow-culture in a country desperately wanting to move ever more into the global fast-lane. But faster is not always better. These simplest of solar energy installations may yet survive a good while longer, saving money and clothes. Barriers to entry for dryers include well-established habits and, well, barriers. Installing a dryer vent means drilling through a concrete wall — quite literally, given the standard building construction techniques.

Expect the Madison Avenue equivalent in Seoul to work harder to stigmatize the drying rack, just as the clothes line became a symbol of lower class unsightliness in America. Until then, I will enjoy living in a land that is still not ashamed to show you its laundry as it dries in the sun.

John Murdock is a professor at the Handong International Law School, a Christian institution teaching American law in South Korea.