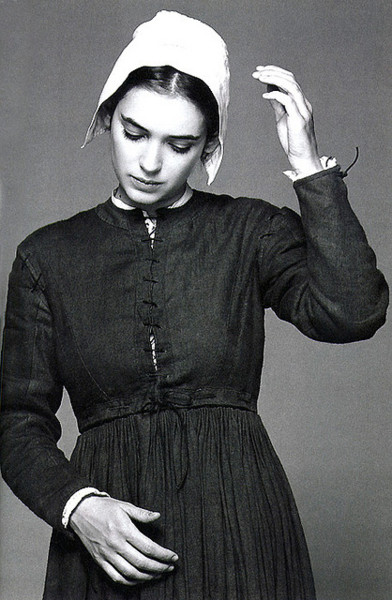 Hidden Springs Lane Al Franken is only the latest prominent man to be discovered as a lecherous cad if not an outright sexual predator. His behavior toward Leeann Tweeden when they were serving as entertainers with the USO is despicable. He has denied nothing; he’s apologized (several times); and he appears to be laying low in the hopes that his admission of guilt and a contrite apology will be sufficient to save his senatorial career.

It seems that everyone today is either a sexual predator or a victim. Almost daily we are treated to new disclosures along with the (apparently) necessary lurid details of another powerful public figure acting badly. We naturally and appropriately react with disgust and anger at the perpetrator and sympathy for the victim. However, there is a curious dynamic in all this that warrants our attention. Consider two facts.

Second, we have become increasingly aware of, and sensitive to, sexual harassment and assault (even though we sometimes unhelpfully conflate the two). Bill Cosby, it seems, was not an aberration but rather the tip of an unfathomable iceberg. Harvey Weinstein got away with horrific acts for years, and today the avalanche of accusations indicates that what was once seen as somehow acceptable (or at least tolerated by many) is no longer so. It takes guts to reveal being the object of such indignities, and I hope that these women have some sense of satisfaction that Weinstein (and the rest) has been brought so low.

Let me be clear: I am not saying that pornography automatically causes sexual harassment or assault. The powerful have always exploited the weak, and our current situation is merely one particular instance of that fact. I am, however, saying that sexual harassment definitely, and even sexual assault, flows naturally from the logic of pornography wherein persons are reduced to mere objects of gratification. The seeming need for consent is neatly bypassed, for one does not seek consent from mere objects.

Al Franken is, it appears, a lecherous man who deserves the embarrassment and censure he is receiving. However, this situation also helps highlight our cultural hypocrisy. Ms. Tweeden got her start as a Hooters Girl and then moved up(?) to modeling lingerie for Frederick’s of Hollywood and eventually appeared in a fitness spread in Playboy in 1996, the same year she traveled with the USO with Franken. Franken is a studious guy. He no doubt did due diligence and conducted some “research” before embarking on the USO tour. In other words, Franken had likely already objectified Tweeden before they ever met. He had consumed her body via the images available through the internet or other more cumbersome outlets.

At this point, some readers will no doubt accuse me of “victim blaming,” that oh so useful phrase to shut down conversation and prove one’s moral superiority. However, things are not that simple. In this age of Pornified Puritans we are all, to one degree or another, both perpetrators and victims. Who participates in the objectification of women? Those who purchase porn or who consume it freely; advertisers who use women’s bodies to market their wares and all who support those businesses; all of us who have become so accustomed to the ubiquity of objectified bodies that we don’t even recognize the way humans are degraded in our entertainment and marketing (is it even possible to use a search engine without being assaulted by images of women’s bodies packaged to consume?). Of course, in all of this we can’t ignore the fact that for the most part women willingly submit to this objectification, and they do it for money, fame, or “empowerment,” that noble sounding word that disguises the fact that the dignity of the person is being debased for cash.

Ultimately, we are all victims as well. We find ourselves living—and attempting to raise our children—in a cultural morass where the inherent dignity of persons is maligned and reduced to the shallow contours of an object suited for consumption. It is simply impossible to coherently hold these two claims: 1) humans have inherent dignity and therefore deserve respect, and 2) pornography is harmless, perhaps even beneficial, and is a measure of our liberality, open-mindedness, and the empowering nature of the market. If choice is the coin of the realm, then we should celebrate the freedom to consume porn and the freedom of women to sell their bodies to be consumed. But if we take that route, we cannot coherently object to the natural consequences of that turn. The fact that we are increasingly willing to condemn those who abuse women is merely an indicator that our moral instincts are superior to our self-professed ideals. But until we are ready to confront our nearly universal complicity in the culture of pornography, we will continue in our incoherence. We will continue as Pornified Puritans who simultaneously celebrate our limitless emancipation from the constraints of old-fashioned morality while we clutch our pearls like schoolmarms when we learn of another man who acts consistently with the logic of pornography.

There are, of course, two ways out of this massive cultural contradiction. 1) We can continue to promote and celebrate the pornification of our society and simply admit that one of the likely side-effects will be unseemly behavior, sexual harassment, and even sexual assault. Or 2) we can take a serious look at what pornography means and what it does. Then with eyes opened by that new-found wisdom (which is really just common sense) we could consider how we might intentionally foster a culture where license is not mistaken for freedom, where persons are not reduced to mere bodies, where things are sold and consumables are consumed, but people are not.

We Need a lot More than Romance