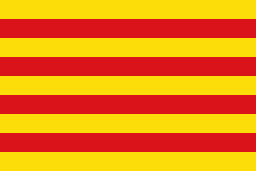 As a scholar of Regional and Place Studies and a historian of secessionist movements I believe Catalonia’s brand of separatism could come to the United States, and sooner than Americans might think.

On the left supporters of California’s exit from the union draw ever nearer to the 600,000 signatures needed to make the 2018 ballot while in Tennessee the far-right League of the South agitates for a second Southern secession.

Less than 90 days before the Catalonian parliament voted to secede from Spain the office of California Attorney General Xavier Becerra office released an official title and summary for a ballot initiative called the “California Autonomy From Federal Government.” If the Calexiters get their way California’s governor would negotiate more autonomy from the federal government, including potentially putting the Calexit question to the people, allowing for the state to become a “fully functioning sovereign and autonomous nation” within the U.S.

In truth California Governor Jerry Brown has already begun the process of separation or at least aggressive differentiation post-withdrawal from the Paris Climate Accords, opening independent negotiations with China to reduce carbon emissions. Add to Brown’s penchant for unilateralism his resistance to Justice Department directives on sanctuary cities, gender-neutral bathrooms, and legal marijuana, among others, and you have a burgeoning separatist, if not secessionist, movement taking root in America’s most populous state.

And should the Golden State ever seek allies in its quest for political realignment potential partners abound. Organizations like the Republic of Cascadia Secessionist Movement and Cascadia Now!, a decades old separatist movement, propose to yoke northern California, Washington, Oregon, and British Columbia in what the website describes as a “bioregion, a social movement and a vision for the Pacific Northwest.”

In many ways the American electorate has already begun the process of dislocation and disaffiliation from both its government and its elected officials, stepping dangerously away from the notion of a shared national identity and fate. In 2014 the Pew Research Center reported that 39% of American voters now view themselves as Independent, dwarfing the percentage of self-identified Democrats (32%) and Republicans (23%.) A near-majority of the nation’s registered voters now follow the Groucho Marx school of politics, refusing to join any club that would have them as a member.

Add to the nation’s leavetaking mood the divisiveness of Donald Trump and the gathering force of the “Not my president” movement means that many in America’s Bluest regions have already taken the first psychological step toward separation, refusing to recognize the legitimacy and authority of the nation’s highest elected official.

In California this past July Calexit proponents submitted a new ballot initiative to state officials, this one calling for a federal constitutional convention that could lead to secession. One year earlier in 2016, more than twenty local Republican conventions in Texas backed a statewide referendum on whether or not Lone Star should leave the union. Recall that Texas has been its own republic before, having seceded from Mexico in 1835.

The Trump administration’s disapproving stance on Catalonian secession is only logical coming from a central government in a besieged federal system that might one day soon face its own constitutional crisis. “Catalonia is an integral part of Spain, and the United States supports the Spanish government’s constitutional measures to keep Spain strong and united,” Heather Nauert, the State Department spokesperson, said in a recent statement.

Given the great splintering of national identity to come, it is not only conceivable but likely that a future American president will find themselves taking similar actions to those taken by Spanish prime minister Mariano Rajoy. Rajoy has already moved to dissolve an upstart parliament, dismiss the results of prior votes for independence, and may yet assert military authority on the streets in the upstart republic.

American democracy is strong and long-lived, but given the growing tensions in Taiwan, the dozens of active secessionist movements in Asia, and, closer to home, the long-simmering independence movements in Scotland, in the Mexican state of Chiapas, and in Quebec, national planners in Washington should begin to acknowledge and to plan for the growing potential for disunion.

Americans shouldn’t be surprised if a secession-minded initiative makes the ballot in 2018, but they should be awoken.