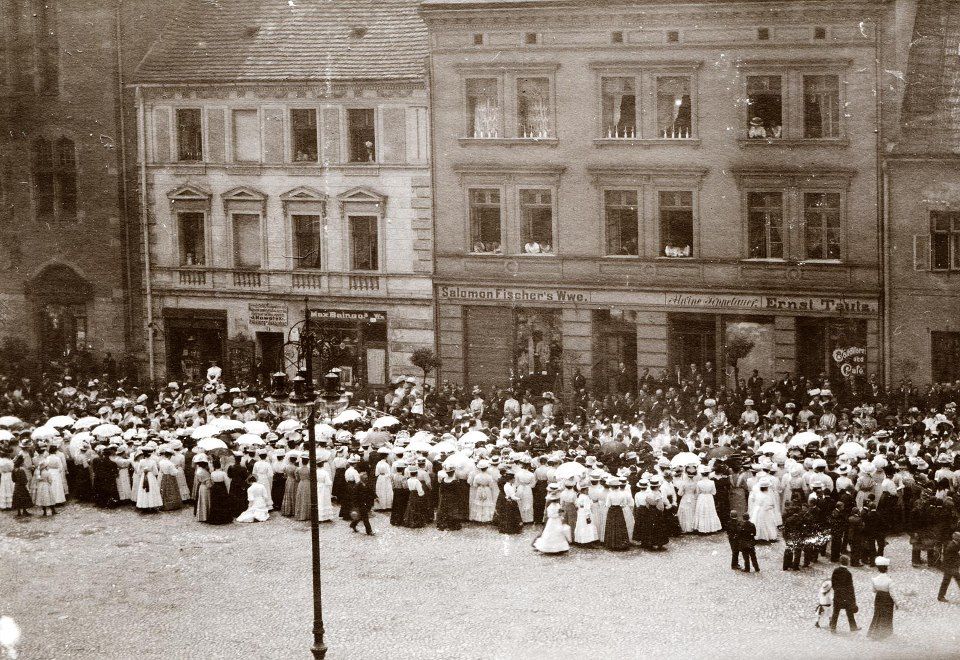 When I moved to Poland it was the first time I had left Britain. I have lived in the same town for four years and a month. Tarnowskie Góry is Silesian, lying at the bottom of the Katowice Urban Area in a landscape indented by historic silver mines. About 60,000 people live here, clustered on housing estates or filling suburbs that have sprawled into the countryside. At the centre of the town is the rynek – the square – with the grand town hall on one side and a great old austere Protestant church on the other.

Tarnowskie Góry is where I live and Tarnowskie Góry is my home. I have memories on most corners and I have friends in most bars. It is walkable, and cultural, and rich in character, from the maze of time-worn shops and restaurants at its centre to the scrubby fields and umbral woodlands on its outskirts.

When I left England I took an armful of books, including a history of Cosa Nostra, Larkin’s Twentieth Century English Verse and a little, battered Bible. I imagined I would stay a year. Any more would be annoying to return. Now, my books fill boxes, not a backpack. There is Mencken’s Chrestomathy, Bostrom’s Superintelligence, Kipling’s Collective Verse and Bruce Chatwin’s Utz and The Songlines, as well as Nicholas Shakespeare’s biography Bruce Chatwin.

I wonder how long Chatwin would have lasted here? A weekend? A week? The British writer had a powerful sense of wanderlust that took him from Afghanistan to Australia. Such was the boredom he endured when staying in one place that he wrote his novel On the Black Hill in seven different houses. “I’m afraid he is itching to go away somewhere difficult and exotic,” his long-suffering wife Elizabeth wrote to a friend when the couple where holed up in Edinburgh. She would rarely see him as he roamed across the world.

This was not just a personal preference. Chatwin thought nomadism was the optimal condition for our kind. “Man’s real home,” he wrote, “[Is] the road and…life itself is a journey to be walked on foot.” His unpublished work The Nomadic Alternative was intended as a systematic presentation of this idea, and it haunts his books In Patagonia and The Songlines.

These books inspired a generation of backpackers, who drifted naively into far-flung villages and towns in search of wisdom to the vague bewilderment of locals. Rory Stewart, now a Conservative MP was one. He reflected in The New Yorker:

I experienced not an unfurling discovery, but harsh disconnected fragments: the chafe of the pack, a pain in the knee; I worried about the next meal, or the route. It was often repetitive, boring, and frustrating, and difficult to grasp what people were saying, even when I knew the words.

Stewart, in fairness, did not stop his travelling, as a diplomat in Indonesia, Montenegro and Iraq. He is now the Member of Parliament for Penrith, a market town in the wet countryside of Cumbria.

About halfway through The Songlines, which concerns musical migratory traditions of Aboriginal Australians, Chatwin states his thesis:

…if the desert were “home”; if our instincts were forged in the desert; to survive the rigours of the desert – then it is easier to understand why greener pastures pall on us; why possessions exhaust us and why Pascal’s imaginary man found his comfortable lodgings a prison.

The irony of these words is that if human beings were so in thrall to primal instincts, literature itself would bore us when compared to physical exertion. We do love to walk, and run, and experience nature, but we are not so primitive that we cannot change our tastes.

Settlement enabled the development of civilised societies. Agriculture, transport and trade lessened the need to seek resources. Our ancestors, instead, were concentrated among farms, mines, docks, forts, villages and cities. Our tribal ties were loosened as the family, and then the nuclear family, became the key societal unit. We embraced the creation and maintenance of our own land; our own lives; our own homes.

The romance of Chatwin’s nomadism is almost as tempting as it is illusory. “The founders of monastic rules,” writes Chatwin in The Songlines, “Were forever devising techniques for quelling wanderlust in their novices…Yet Christ and the Apostles walked their journey through the hills of Palestine.” This is such an attractive thought because it puts the monks, and us, in apostolic sandals. Yet these men were messengers, dispatched to communities. Most of us would not have been apostles but their audience.

Migration did not end. The unequal distribution of work, wealth and cultural capital means people leave their homes to seek better lives. Cars, planes, telephones and social media have reduced the financial and spiritual costs of emigration. People move both out of need and out of desire. I have met dozens of Poles who have moved to Western Europe and worked in factories, or bars, or dental surgeries, or, in one case, the sex trade. Love of home, where it exists, competes with thoughts of higher wages, career opportunities and cultural excitement.

“Why did you move to Poland?” I get asked. I left England to find work and inspiration. I chose Poland because someone offered me a job. This prosaic truth is disappointing, yet redeemed, I hope, by the fact that I have stayed put. As well as the work I love and relationships I cherish I have the great naturalness of being that comes from walking the same streets, seeing the same people and experiencing the events that, through one’s memory, enrich a place.

In Utz the collector whose name is the book’s title feels a “boredom, verging on fury, that came from living…with lifeless porcelain”. The familiar can grow monotonous but my town is too alive. Its buildings are made of scarred stone, not polished ceramic. It has a history. There are statues of the tough, disjointed yet determined miners; a bleak monument where the synagogue once stood and a hotel where Jan Sobieski rested on his way to battle. I can imagine jackboots marching up the high street, or miners stomping out on strike with Solidarność.

Towns live for as long as they are inhabited. Even if the buildings never changed, the people would. It takes months and years to understand different communities (one needs, as Chesterton said, “the loyalty of children and the great patience of poets”). First you have to meet their different people in their different haunts. Then you have to get to know them. Meet a man and you will have a first impression, with, at most, mere hints at their complexities. You have to meet them in their different moods, and hear their memories and their dreams, before you start appreciating their substantive selves. Perhaps they are not the most talented and exotic people but one should not approach them like prospectors seeking gold. Through relationships we form experiential attachments that invest us in each other’s struggles and successes, and create private understandings. Snooze through other people’s in-jokes to see what I mean.

Chatwin’s subjects in The Songlines resented their portrayal. “[He] wasn’t there long enough,” said Toly Sawenko, named “Arkady” in the book, “He didn’t get involved in any depth. That was anathema to Bruce.”

“Mr. Chatwin should…have found some way to make the songs accessible to us,” Andrew Harvey wrote in the New York Times:

They are described, hinted at, elliptically eulogized, but like Godot they never appear. Without their being present in the book we never really believe in them and so do not completely care about the subtle, marvelous vision they are said to enshrine.

Cultural appropriation is a muddy concept but there is something obnoxious about Chatwin’s use of Aboriginal tradition as a hook on which to hang his own eccentric thesis. I wonder if the appeal of the book in the 1980s came both from its diagnosis of spiritual inertia and the exotic impossibilities of Chatwin’s preferred alternative.

“Wendy said that, even today, when an Aboriginal mother notices the first stirrings of speech in her child, she lets it handle the “things” of that particular country: leaves, fruit, insects and so forth. The child, at its mother’s breast, will toy with the “thing”, talk to it, test its teeth on it, learn its name, repeat its name – and finally chuck it aside.

“We give our children guns and computer games,” Wendy said. “They gave their children the land.”

Could one not give them trowels and books? Wendy’s dichotomy allows one to lament the modern world and yet change nothing in one’s life.

As The Songlines was being published, Bruce Chatwin was dying. AIDS, which had locked on its stranglehold through one of his affairs, weakened and immobilised this great travelling man before his premature death at the age of 48. Through his sickness, he wrote Utz, a short and brilliant novel that, along with On the Black Hill, displays his talents as a writer: his genius for description, his tremendous eye for detail, his great roving curiosity and his boyish ambition.

On his deathbed he collected the pieces of his life. “He was beginning,” Nicholas Shakespeare writes:

…to unite the bits of his universe and break down those compartments that had been useful to him in living his life. It was noticeable, for instance, how eager he was to introduce his friends not only to each other but, for the first time, to his wife and family.

We shall not cease from exploration
And the end of all our exploring
Will be to arrive where we started
And know the place for the first time.

Some people are restless spirits. It is fundamental to them. I am sure the English are more restless than most. Our maritime and imperial histories have given us the books of Conrad and Kipling, and the histories of Drake and Cook. This adventurousness is environmental more than it is innate. Our “distractedness”, as Chatwin calls it, is the product of our knowledge of the strangeness, richness and convenience of the distractions. This makes it a less mystical and perennial condition. It does not make it less real.

I enjoyed building a life from nothing, away from all the baggage I had left at home, but I had the privilege of preexisting institutions, traditions, social circles, memories and norms.

Yet there must be continuity as well, for without continuity there is no community. In Tarnowskie Góry, I enjoyed building a life from nothing, away from all the baggage I had left at home, but I had the privilege of preexisting institutions, traditions, social circles, memories and norms. Without them I would have had a bare, unstable home.

At the end of Utz we are introduced to the village of Kostelee, with its cornflowers, poppies, knapweed, scabious and larkspur:

The houses of the village have red-tiled roofs, and their walls are freshly washed in ochre and white. The women plant geraniums in their window boxes. On the village green, there is a well-tended chapel with a tiny dome.

Beside the chapel there is the base of a monument which once would have borne the double K’s – Kaiserlich and Königlich – of the Dual Hapsberg Monarchy. It now supports a rusty, lopsided contraption commemorating a Soviet foray into space.