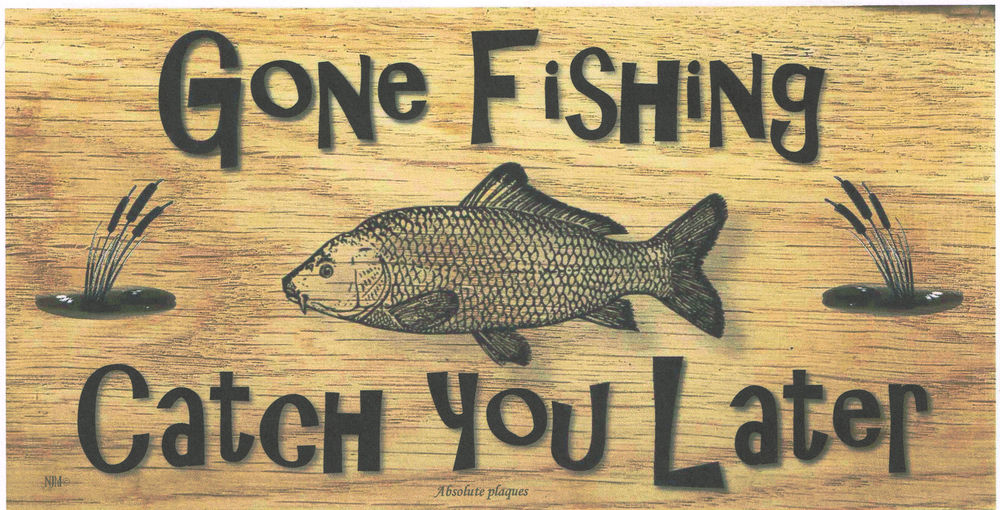 Sometimes the deluge of content that pours from our 24/7 media threatens to drown us under its cacophony of disinformation. Periodically, then, it is necessary to turn off the spigot and go in search of calmer waters. So over the next couple of weeks, FPR will take a hiatus to go fishing. (Notice the spelling. We never go phishing. If you’re going to send spam, you have to eat spam, and we’d never stoop to that level. We’ll be eating quite well.)

Instead of crafting more localist clickbait, we’re going to tie some tasty-looking woolly buggers, load ‘em down with a good bead, a marabou tail, and lots of flashabou, and cast them into promising eddies. We recommend you do the same.

We could leave you in suspense about when to expect our return. Whenever Jayber Crow stepped out of his barber shop, he’d hang a cardboard sign on his door that said “BACK AT” above a clock face upon which, supposedly, he could indicate the time of his return. But since the metal hands irresistibly obeyed gravity’s impulses, the clock always promised he’d return at 6:30. This gave Jayber quite a bit of flexibility: “My clock said I would be back at six-thirty, but it didn’t say what day. And sooner or later, until the last time, I always got back.”

We’re planning to resume publishing on July 4th (an auspicious day which Thoreau marked by moving to Walden Pond), but if the fishing’s good, there’s no telling when we’ll be back. What will you do with all the time that you normally devote to reading FPR essays? Well, you could always read through the archives, but maybe you should just sit on your real front porch. Or talk to your neighbors. Or weed the garden. Or go fishing yourself.