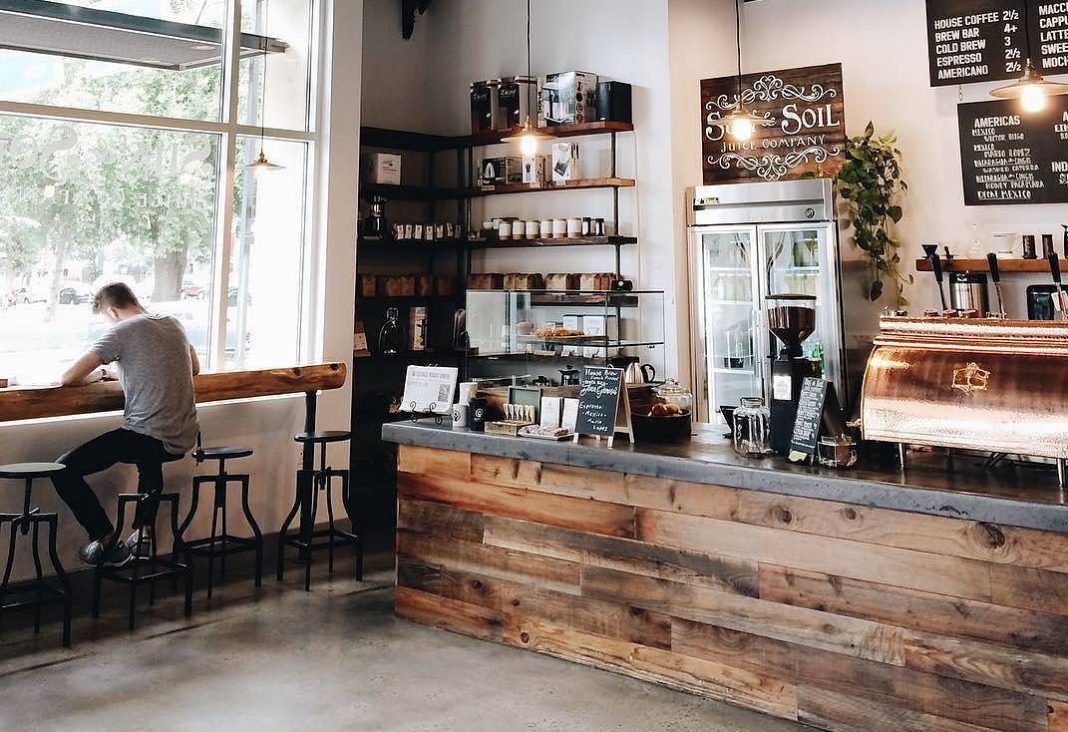 As a localist and a voracious reader, it is only natural that I would be deeply devoted to my local independent bookstore. Here in Lawrence, KS, that bookstore is The Raven. It has been a wonderful community resource, a purveyor of fine literary fiction, and the host of many writing-related events. It is a place where I have gladly handed over many hundreds of my dollars in exchange for books I continue to cherish. In Lawrence, where the unique and distinct flavor of our college town is prized above most other things, it has been a beacon for localists like me.

In the last two years, however, something has happened to The Raven and to many other independent bookstores I have frequented. It is a two-pronged development, rooted in a misguided notion of national “resistance” and a cultural aesthetic that threatens to homogenize what little local flavor we have left in the Midwest.

Recently I took my four-year-old in to spend some of his birthday money on—what else?—a new book. I am a firm believer in large kids’ sections in bookstores, places where dragons and pirates and talking bears can exist untrammeled by adult concern and enchant the lives of young people. These sections should be full of pillows and toys, Pooh and Piglet, knights and tall-masted ships. They should be places of imagination and remove, where a kid can be a kid and not a “young adult.” The workaday concerns of adult life—the paying of bills, the sniping of partisans—should not rear their heads in this section.

But at this beloved bookstore, the kids’ section has become something more like a space reserved for adult virtue signaling. Feminist Baby is displayed prominently. The Golden Thread: A Song for Pete Seeger crowds out old favorites, while books by Hillary and Chelsea Clinton alike sit next to stories about the Obamas. Worst of all is the truly execrable A is for Activist, a board book for children who don’t know up from down but who are deemed ready for the lessons of progressive agitation (“L-G-B-T-Q/Love who you choose!” is a representative sample). This book surely rivals the loathsome “Coexist” bumper sticker as the apex of unthinking, starry-eyed progressivism. Even calling it a “book” feels somehow wrong; the children’s book reviewer in The Wall Street Journal got it right when she called it “a vanity project for adults.”

Our college towns, for so long the most distinctive cities in Midwestern states, have all become different versions of one Portland-inspired boilerplate.

Why must we do this to children? Before we know it, they will be thrust into the world of adults. Can we not give them a few years of fancy and imagination? This compulsion, in which we turn children into props in our carefully stage-managed lives of activism of all stripes, feels deeply misguided. The larger problem, though, is that this scene has repeated itself at other independent bookstores in other college towns—such that the display in Lawrence is the same as the display in Iowa City, Columbia, and Lincoln, all of which aspire to mimic the culture of Madison and Austin. Our college towns, for so long the most distinctive cities in Midwestern states, have all become different versions of one Portland-inspired boilerplate.

The writer Kyle Chayka gave name to this concept in an essay for The Verge: “AirSpace.” He used the term to describe the uniformly minimalist aesthetic that pervades “vibrant” neighborhoods around the country. “It’s the realm of coffee shops, bars, startup offices, and co-live/work spaces that share the same hallmarks everywhere you go: a profusion of symbols of comfort and quality, at least to a certain connoisseurial mindset. Minimalist furniture. Craft beer and avocado toast. Reclaimed wood. Industrial lighting. Cortados. Fast internet. The homogeneity of these spaces means that traveling between them is frictionless,” he writes. It is, as one person he talks to notes, like a nationwide extension of Ikea showrooms.

Crucially, though, AirSpace is not limited to architecture and design. It applies to lifestyles as well, and it has crept from the structural to the cultural. Consider the Travel section of the Sunday New York Times, which each week highlights how readers might spend 36 hours in a given city. The column is supposed to highlight the local particularities of each individual place; however, it often feels like the paper is highlighting ways to do the exact same things in each city. Gothenburg, Sweden: “Jazz, street murals, distinctive architecture, and world-class breweries.” Budapest: “New bars, Michelin-starred restaurants, and indie boutiques.” Bangkok: “Upstart creative spaces and obscure bars.” Aarhus, Denmark: “Excellent craft beer.” Perugia, Italy: “A host of new bars, cafes, and boutiques.” Glasgow: “Daring new buildings, bars, restaurants, and galleries.” Baltimore: “Hip cocktail bars, coffeehouses, and a quirky historic appeal.” Different places, same experience.

AirSpace culture is a massively homogenizing one, in which the McDonald’s aesthetic is updated for the Age of Instagram

We can imagine the target demographic here: a young couple, he bearded and she tattooed, jetting off from Park Slope to Perugia, where they will indulge in … the very same activities they find at home, surrounded by the very same type of people, reveling in the very same craft breweries and fusion restaurants and avant-garde galleries. Is this local distinction? Is this an economy of place? AirSpace culture is a massively homogenizing one, in which the McDonald’s aesthetic is updated for the Age of Instagram: we will offer you the same thing everywhere, so you will never feel uncomfortable.

This is how my local Lawrence bookstore is your local Ann Arbor bookstore is his local Bloomington bookstore is her local Fayetteville bookstore. AirSpace culture erases distinctions between places and ensures that the universal takes precedence over the local. A local bookstore should highlight the place that it calls home, with large sections of regional offerings and local authors. When a local bookstore or coffeeshop or art house theater becomes an extension of a national cultural aesthetic, they may flatter the sensibilities of their clientele (“People like us are everywhere!”) but they lose their individual particularity. And with every virtue-signaling children’s book about national politics that appears on the shelves, we lose something of what it means to grow up in a particular city.

This is what makes the cosmopolitan class so frustrating to localists. They claim the mantle of diversity, multiculturalism, inclusion of all viewpoints and lifestyles—and yet overwhelmingly, they live around and associate with people just like themselves. I have an acquaintance, a professor at a small college in the rural Midwest, who has spent the last decade in elite cosmopolitan enclaves: New York, the Bay Area, Cambridge, MA. She will spend this summer in Mexico City, living and working with academic colleagues from elite institutions, where they will—you guessed it—sample the craft breweries, fusion restaurants, and avant-garde galleries. Everyone I know has praised her for this, lauding her for undertaking this “adventure of new experiences!” (as one put it). And yet my only thought was: how sad. If she truly wanted an “adventure of new experiences,” she should have stayed in her rural Midwestern town, eating at the Tex-Mex joints and attending city council meetings and sitting elbow-to-elbow with hourly workers at decidedly unhip bars. That would have been a new experience. That would have been diversity and multiculturalism.

How do we preserve localism when every place is increasingly becoming just like every other place? Suburbs and shopping centers became homogenized decades ago, but for so long we could count on academics and artists to embrace the unique aspects of their cities. Now, it seems, the places and culture of those groups have at last become universalized and uniform. We are worse off for it. My bookstore should not be your bookstore; my coffeeshop should not be your coffeeshop. AirSpace has come for the college town, and it is winning. While this may please local chambers of commerce who are always in pursuit of “vibrant” cities, it should be lamented by those of us who care about the local and particular.

Hold the Tempura, Pass the Plantains