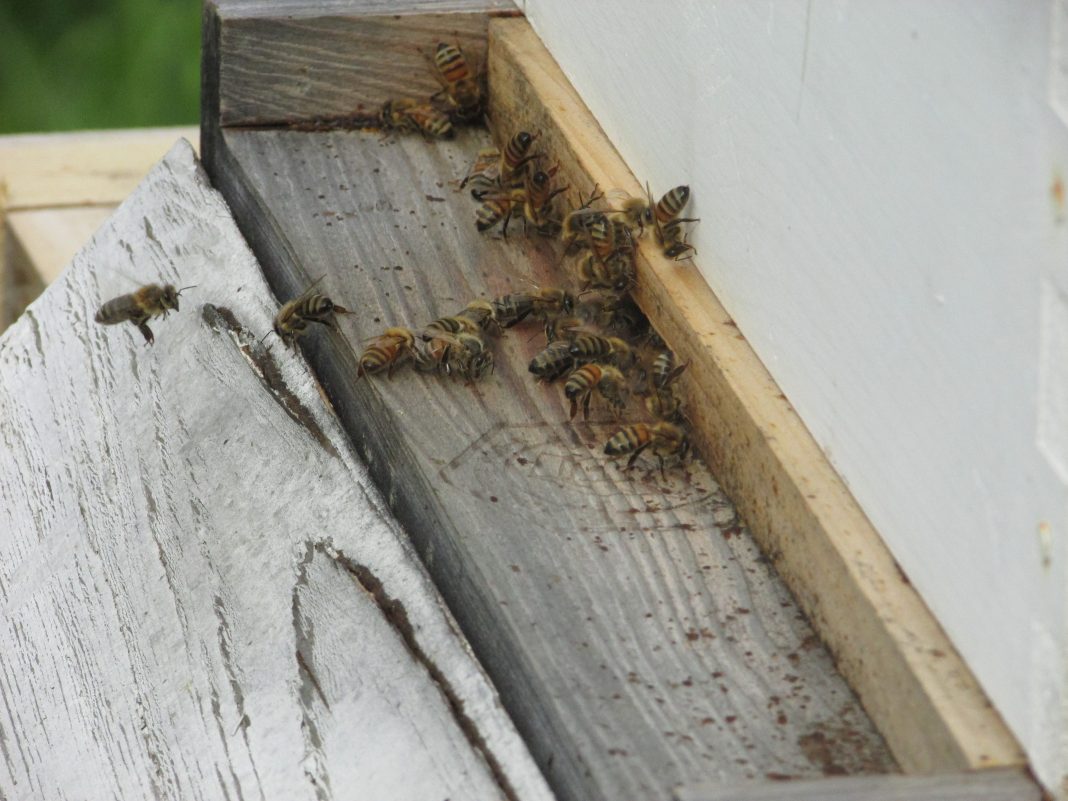 I had long resisted adding ten thousand new livestock to our less than two acres. I had listened to beekeepers’ tales of bears and had read enough about varroa mites and Colony Collapse Disorder (CCD) to be reticent. With so much that could go wrong, the odds seemed stacked against us. Further, I just couldn’t see a way that my wife and I could make bees a paying proposition, especially given the high initial costs. 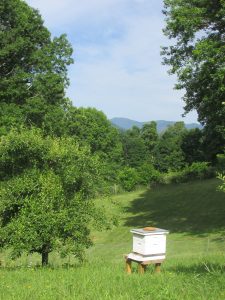 The nucleus (a kind of starter hive that includes a laying queen and ten-thousand-or-so worker bees ready to gather nectar and pollen and care for the hive) made its way to our house only after we had been given a tremendous gift. Weeks earlier, a man who goes by—of all things—Buzz filled the back of my wife’s Subaru with all the pieces and tools we would need to set up and maintain two complete hives.

That gift catapulted us into the position of Captain Daniel Forrester in Willa Cather’s A Lost Lady (1923): like the retired railroad contractor, we could now afford to humor our fancies, or at least this one.

A Limited View of Economics

Even so, the return on investment in year one did not look promising. Our expenses—bees and a bee suit (jacket and veil)—totaled $250. We generally buy honey by the quart, and can expect to pay between $10 and $15. According to the calculations of this Literature Professor, we would need a harvest of at least fifty pounds of honey to be able to pretend to break even ($250 investment / $15 per quart = 16.7 quarts = 4.2 gallons x 12 pounds per gallon = 50 pounds of honey). Accountants might remind me at this point that I also need to include the cost of my time, a share of my mortgage, the interest my expenses might earn if invested differently, and the depreciation of my equipment.

Running these numbers put a lot of pressure on that projected harvest. I was counting unhatched chicks. Which is a poor analogy since in this case, the hens might need to consume all of their first-year chicks in order to survive the winter. (Translation: a hive needs to consume some of its honey to carry itself through the bloomless, nectarless winter. Beekeepers harvest the surplus above and beyond this cache of winter calories. Newly established hives may not produce any such surplus).

Confronted by the likely imbalance of my year-one beekeeping account, I began casting about for more subtle sources of value. I found several that confound accurate accounting.

First, it’s very clear that in twenty-first-century America sweetness is undervalued. The abundance of that sensation makes it trivial. And there are the hidden costs to consider: cheap sugar increasingly manifests as obesity, diabetes, and other expensive illness. Wouldn’t a proper valuing of a quart of honey place its price well above $15?

My wife and I garden. Thus, we were directly interested in the so-called “pollination services” the hive might provide. But given all the variables at play in a garden’s production, how could we isolate the value of the bees’ labor?

If I’m lucky the hive will generate honey, but it’s guaranteed to generate tasks, some of them pleasurable. What is that pleasure worth?

And speaking of labor, what about mine? Should I regard my piddling with bees as something I cannot afford to do unless I end up receiving top dollar for those minutes of my life? Wendell Berry addresses this directly in “The Economics of Subsistence.” He points out that if one thinks of something “as a pleasure,” “the whole enterprise . . . will be profit.” This view encourages me to treat labor as one more good thing—a product rather than an expense—generated by a working landscape. In my case, this concept asks that I think about the tasks necessary to set up and maintain the beehive not as labor that would only be paid back in harvested honey, but as payment in-and-of themselves. I like doing the kind of carpentry that creates a hive stand out of scrap lumber, so this altered perspective makes some sense to me. If I’m lucky the hive will generate honey, but it’s guaranteed to generate tasks, some of them pleasurable. What is that pleasure worth? What is the value of competency with saw and drill and wood?

Hours after moving the bees from the nuc to the hive, I returned to investigate. Back in my bee suit, I crouched beside the entrance to the hive. A few bees trickled in. Many of them looked like they were wearing fuzzy yellow chaps. I marveled at what I could only understand as their dedication to their work: they had already wandered out into an unfamiliar landscape, found pollen, and were now hauling it back to their new home by the bee-load. What was the cash value of that marvel?

Given the convoluted twisting of emotions, dollars, work, and ecosystem services, it appears my backyard beekeeping account will be sloppy. Value seems likely to ooze over and around any tidy columns I may set up. So be(e) it.

Benedict on Business: What’s Love Got to Do With It?

The “One Salvation” of Ludwig von Mises