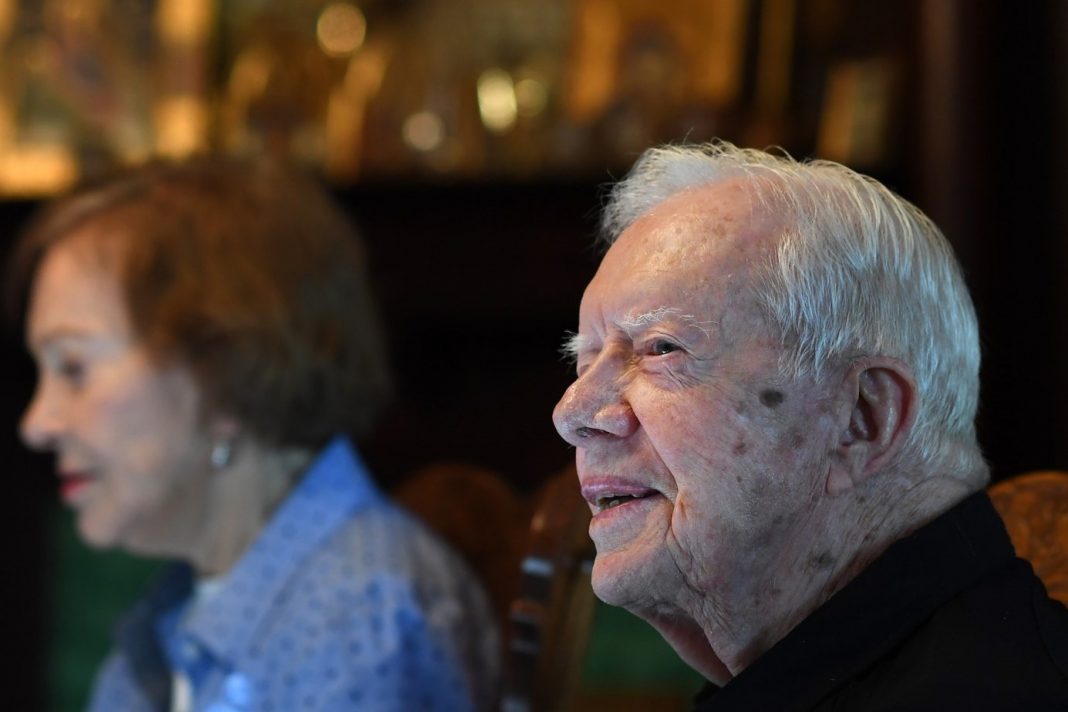 Via The Washington Post, a profile of the quiet, deeply local, exceptionally frugal, profoundly humble life lived by the only actual small-c “conservative” to have been elected President of the United States in our lifetime (though if you can remember Dwight D. Eisenhower, you get half-credit). Jimmy Carter, a conservative? Well, of course. After his presidency, he moved back to the same home (valued at all of $167,000 today, which is less than the costs of armored Secret Service vehicles which follow him everywhere) he lived in before his time as Governor of Georgia and President. He and his wife Rosalynn (72 years married) fly commercial, when they fly. His presidential office and library are far less grand and far less costly than those of any of subsequent president, Democrat or Republican. He never joined any corporate boards, never gave $100,000 speeches. He didn’t want to “capitalize financially on being in the White House,” he said. He is known by everyone in the small village of Plains, Georgia (population: about 700); he still teaches Sunday School twice a month at Maranatha Baptist Church; they cook for themselves, and make their own yogurt, and grow their own blueberries. Jimmy Carter does his own dishes.

There is a way of talking about the virtues that Carter brought to the presidency: republican, in the small-r sense. Those kind of virtues aren’t a good fit for the presidency today, and–realistically speaking–hadn’t been a good fit for it since the Civil War, if not before. So it was a singularly odd thing that this pious Christian man, this “good old Southern gentleman,” as one of his many friends in Plains described him, this product of farms and the Depression and the military and a slow, traditional pace of life,  could have made his way to the position of, arguably, the most powerful person in the world’s most powerful military, economic, and cultural empire. His time there didn’t last, but in the exhausting, depressing era of Trump, one is tempted to say that James Earl Carter, Jr., has outlasted the American presidency. Good for him.

Luke Sheahan on The University Bookman and Academic Freedom