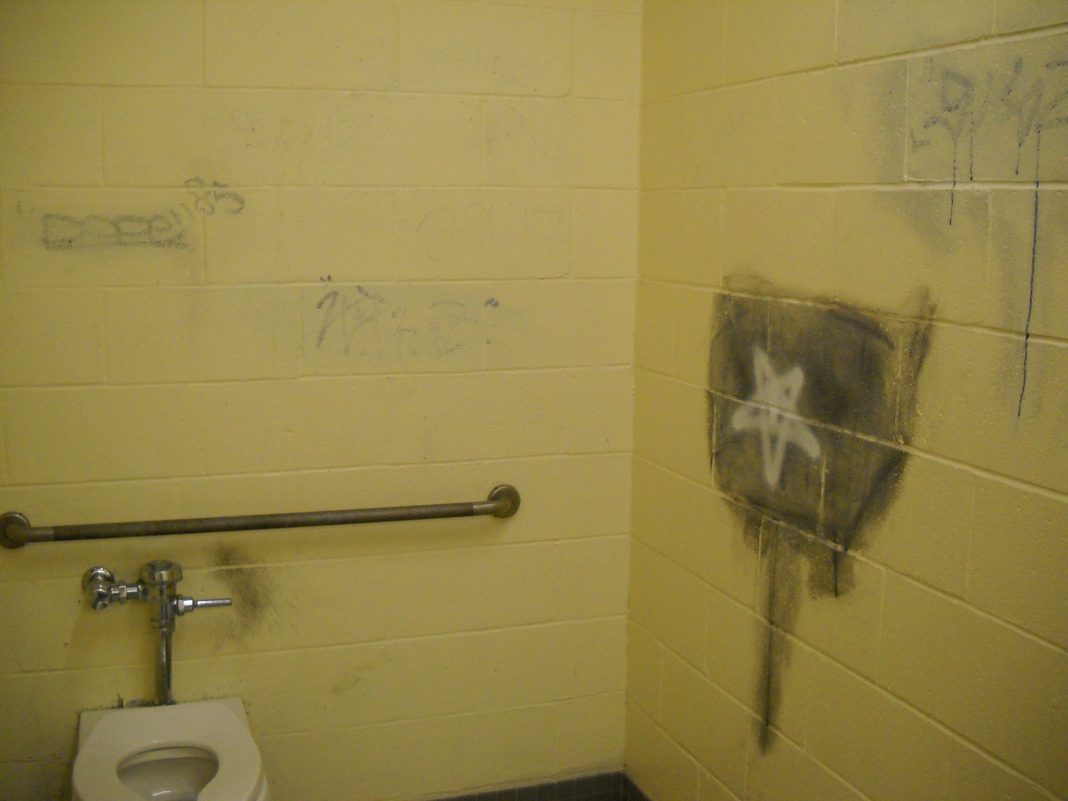 In 2014, Cambridge Analytica used an app called thisisyourdigitallife to surreptitiously obtain data from 50 million Facebook accounts. They then used all of this information in 2016 to help Donald Trump’s campaign create personalized political advertisements.

In a March 22 piece for The Washington Post, Sonny Bunch defends Cambridge Analytica on the grounds of his general admiration for targeted advertisements. “This is Facebook’s purpose,” he writes. “Facebook exists to give your data to companies.” Others may cry foul at the relentless commodification of their digital lives, but Bunch writes, with the resignation of a mature Winston Smith, “I love it. Or, at the least, I don’t resent it.”

Back in March, I was reading Bunch’s article in a coffee shop when I got a call from my brother.

“There’s a guy on Facebook saying Dad is some kind of Bill Clinton-esque pervert.”

The job turned out instead to consist largely of reading conspiracy theories and wondering how to respond.

Our dad was running for office in a small county in Indiana. He had served as prosecutor for four terms and thought he would be running unopposed until, five months before the May primary, a challenger entered the race. In the rush to put together a campaign, my brothers and I agreed to help with social media. We thought the job would consist of creating a Facebook page, posting a few pictures, sharing trial statistics, and telling stories about important past cases. The job turned out instead to consist largely of reading conspiracy theories and wondering how to respond.

The theories bounced from personal pages to Facebook groups and back. My brothers and I tracked them, unsure of what to do. Should we respond and risk giving the craziness oxygen? Or should we let the stories fester, hoping they die on their own?

Some stories did die out. The sordid comparison to Bill Clinton, for instance, was mercifully short-lived. Others gained traction and spiraled up into the local newspaper and radio coverage of the race. When the newspaper printed a letter on the embezzlement conspiracy, I wrote a response pointing out some logical gaps and suggesting that this baseless story drew attention away from much more important concerns, like the candidates’ relative skill as trial lawyers. I posted the response to a Facebook group devoted to local news and was promptly shouted down.

The 141 comments to my post, most of which appeared within an hour, offer a near-perfect distillation of the (sometimes literal) anarchy of the online campaign. Here is a sample:

Daniel Luttrull..if you think Seybold [the former mayor] didn’t ruin this town..you weren’t paying attention..sit the hell down!! We need change in all seats of government in Marion!! City council too!#

Him and Indiana Wesleyan church were in cahoots together. I’m a Christian and I’m all for churches going to church thinks there’s so powerful and tell how people to run their lives that’s when I have a problem especially when they say who can come into Marion who can’t come into Marion to build and to make jobs

Yesterday, an attorney from New York called Luttrull’s office to inquire about his failure to prosecute the case of Lady, the frozen dog. […]

I think if somebody dosent do there job the outlaws should make justice again js really and u all want us to be law abiding citizens when our president is trump and our mayor was seybold? Umm…no…

In May, my dad lost the primary by 180 votes, roughly 2 percent of the total votes cast. It is still unclear to me how much of a role Facebook played in the loss. His challenger certainly had a more devoted and active online following. But it’s hard to gauge the concrete impact of Posts, Likes, and Shares.

In Facebook’s closed loops of friend networks and groups, people heard these lies enough times that they figured they were true.

What is clear is that Facebook made the election worse. As Jeff Bilbro has pointed out on this site, Facebook’s ecosystem encourages outrageous, incendiary speech. Statements were routinely circulated online that would never have been said in public, much less printed in the newspaper. In Facebook’s closed loops of friend networks and groups, people heard these lies enough times that they figured they were true. So they started saying them in public and printing them in the newspaper.

Of course, none of the above observations are new. Cass Sunstein, a former Obama advisor and current Harvard Law professor, anticipated many of them over fifteen years ago in Republic.com (2001). Sunstein worried that the progressive personalization of digital life would cut people off from cultural touchstones and serendipitous encounters with contrary points of view. The end result would be echo chambers that limit the range of a population’s collective experience and set off information or—as is often the case—misinformation cascades. Sunstein worried that online echo chambers could increase polarization and do real damage to democracy. But he was confident that digital media could, with a few changes, correct course, changing from an instrument of atomization to its opposite, an engine for (small-r) republican solidarity.

In #Republic (2017), Sunstein revisits these ideas in light of today’s social media landscape. Even though recent history bears out the worst of his earlier concerns, Sunstein remains optimistic. He writes, “Twitter and Facebook challenge but do not endanger democracy; on the balance, they are good for it, and we should not wish them away” (213).

Sunstein’s defense of social media’s salutary potential is unconvincing. He relies too much on theories that do not clearly connect to the medium, like the economist Amartya Sen’s finding that fair elections and the free press prevent famines (149). Sunstein uses Sen’s work as though it clearly also extends to social media. But, of course, both fair elections and the free press are independent of social media, and in many ways their interests are opposed. Sunstein offers similarly thin proofs for how social media has supported democracy. He notes, for instance, that Facebook, Twitter, and Youtube were crucial to the Arab Spring (38-9, 138), passing over the thorny question of whether the Arab Spring itself was good for democracy.

In a crucial chapter near the end of the book, #Republic builds on the analysis of Republic.com to offer advice on how social media in particular might be improved. Sunstein encourages companies like Facebook to foster shared experiences that bridge social and political divides (214), to create digital spaces for deliberative debates (216), and to lead users to content likely to challenge, rather than simply reinforce, preconceived notions (231).

Sunstein’s words on shared experience and deliberative debate feel out of touch with the lived reality of Facebook. It is as though he hopes Facebook will expand the walls of the salon, so that people who have been, for whatever reason, excluded from ennobling political conversation can now participate. I worry that when Facebook tries to do this, it is much more likely to instead extend the wall of the bathroom stall so that even those who were formerly insulated from lunatic theories will now be forced to discuss them seriously.

What seems more useful is Sunstein’s vision of a Facebook that encourages a diversity of viewpoints. If I am reading up on a national debate, like tax policy, a reformed Facebook algorithm might direct me to read articles from Vox and then National Review, from Reason and then The Nation. In general, I agree that it would be a good thing for people to approach issues from multiple perspectives.

But it’s unclear to me how Facebook might similarly reform to mitigate the damage it does to local politics. What if I live in a rural community, and I’m trying to decide how to vote for county council? Facebook can’t direct me to competing third-party accounts of the race because it would take a good deal of local knowledge to find them. More importantly, social media and the Internet have dismantled the very local news outlets likely to produce such sources. Instead of learning about the race through a diversity of deliberative content, then, I’m more likely to hear only whichever online mob shouts the loudest.

Facebook can provide opportunities for enlightened political conversation, but what good are such opportunities if it forms its users into flighty emotivists, always searching for that next hit of outrage?

Overall, Sunstein is too optimistic about reforming social media. Perhaps this is because, while he is sensitive to the technical problems it poses for rational discourse, he ignores its corrosive effect on the virtues. Facebook can provide opportunities for enlightened political conversation, but what good are such opportunities if it forms its users into flighty emotivists, always searching for that next hit of outrage? I find Thomas More, another lawyer and political advisor, helpful here. Reflecting on one of his fiery exchanges with Martin Luther (in a conversation made possible by the relatively new technology of mass printing) More writes: “I am ashamed even of this necessity, that while I clean out the fellow’s shit-filled mouth I see my own fingers covered with shit.” More’s vivid metaphor for unpleasant debate hits on something ignored by many contemporary critics of social media and fake news—immersion in corruption corrupts.

Perhaps the most frustrating part of my four months of Facebook electioneering was feeling myself slowly slipping into a visceral, digital tribalism. I started to deeply hate people I knew only by their online avatars, even as I felt the pettiness of it all.

While the campaign was heating up in March, one of my dad’s supporters reported that she thought George Soros was funding the other side. As she pointed out, Soros has spent the last few years pouring money into prosecutor races in the South. If it could happen there, it could happen here. I didn’t think Soros was actually bankrolling my dad’s rival, and there was no real evidence to suggest it. Nevertheless, I found myself returning to the idea in late April. It’s the sort of story, I thought, looking at my shit-covered fingers, that could get a lot of play on Facebook.