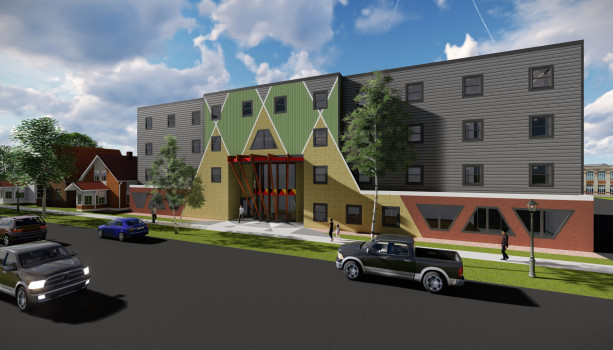 Even if you spend only a fraction of your day monitoring the news, you’ve probably caught wind of the nation’s affordable housing crisis. Disproportionately affecting both the poor and young professionals in American cities, the affordable housing crisis appears to claim victims from all creeds and classes, making it an issue that has attracted much public attention and effort from policy makers. Many a solution to this crisis has been proposed by activists and politicians, but the solutions on the table should give us pause, for they often rely heavily on state intervention. Rather than lean on Washington, our activists and politicians ought to appeal to local actors and institutions to keep Americans housed.

Before we delve into the solutions, let’s discuss the problem. After all, couldn’t this crisis be overblown? Despite Oval Office overtones that poverty has been beaten—and the data do show some progress—housing, homelessness, and a perceived decline in the American Dream of home ownership drown out the shouts of those pointing to progress. Though there certainly are instances of rhetorical hyperbole in the discussion of this crisis—one commentator has called the crisis a national security problem—there’s real reason to be concerned about America’s housing market.

In Baltimore and other major cities throughout the States, gaps between white and black homeownership grow, thus impeding black Americans’ wealth creation; in megacities like New York, where the housing market is shaped by monied demands for new, chic housing, poor tenants have been harassed and harangued by landlords seeking to make more money from wealthier tenants; as the poor and young professionals hunger for homes on the coasts and in popular cities, America’s Rust Belt cities are haunted by abandonment and vacancy. Problems abound in the housing market today, and some fear that, with young Americans refusing to take construction jobs, the housing market tomorrow will offer even fewer homes at even higher prices. In short, the word “crisis” is probably in order.

Today, politicians like Senator Kamala Harris push a “Housing for All” agenda that calls for drastically larger role for the state in addressing unaffordable housing. Senator Harris and her allies propose subsidies for renters to allow current residents to stay in gentrifying neighborhoods and young workers to move into areas close to work. Harris’s hopes have an understandable appeal: Who among us would rather see his or her neighbors on the street than in their homes? What kind of cruel soul would not wish warm beds for all the nation’s homeless? ‘Housing for All’ tugs at our heartstrings and sense of common humanity. Public policy, alas, is far more complex than our conceptions of a better tomorrow. As critics of Harris’s proposal have rightly pointed out, our cities’ housing crises are most often caused by government intervention: namely, rent controls and zoning policies that lead to housing shortages. Put another way, state-driven solutions often don’t work the way they were intended to.

If we don’t stave it off by state intervention, how ought we to combat this crisis? Well, cities like St. Paul are moving to address housing at the local level—and efforts championed by local leaders ought to be lauded. Earlier in July, St. Paul’s City Council voted 7-0 to approve a “wide-ranging resolution ‘calling for action to create and preserve housing that is affordable at all income levels.’” The resolution implores St. Paul’s mayor to fund an Affordable Housing Trust Fund to offset the cost of creating new affordable housing in the city, to creating a down payment assistance program to help prospective homeowners, and to adding a staff member dedicated to developing a “fair housing strategy” for the city.

Setting aside your thoughts about St. Paul’s solution to the affordable housing crisis, is this kind of local autonomy preferable to federal solutions like the one proposed by Senator Harris? Instead of pontificating on high about the moral good of a national subsidy for renters, should our politicians concern themselves with empowering groups like the St. Paul City Council? I think so.

In my own brief experience serving on the Housing Advisory Commission (HAC) in Oxford, Ohio, an Affordable Housing Trust Fund was considered, as it is in many other American cities, small and large. Like St. Paul’s solutions or not, one thing is clear: the city is taking initiative to address local manifestations of a national socioeconomic problem. In other words, local actors are working to address poverty, affordable housing, and homelessness—common issues across the nation—in ways particular to St. Paul. City Council members, hopefully, know their cities better than anyone; certainly they are more attuned to their city’s low-income communities and their housing needs than are those in Washington.

A Word With Worden’s First Lady