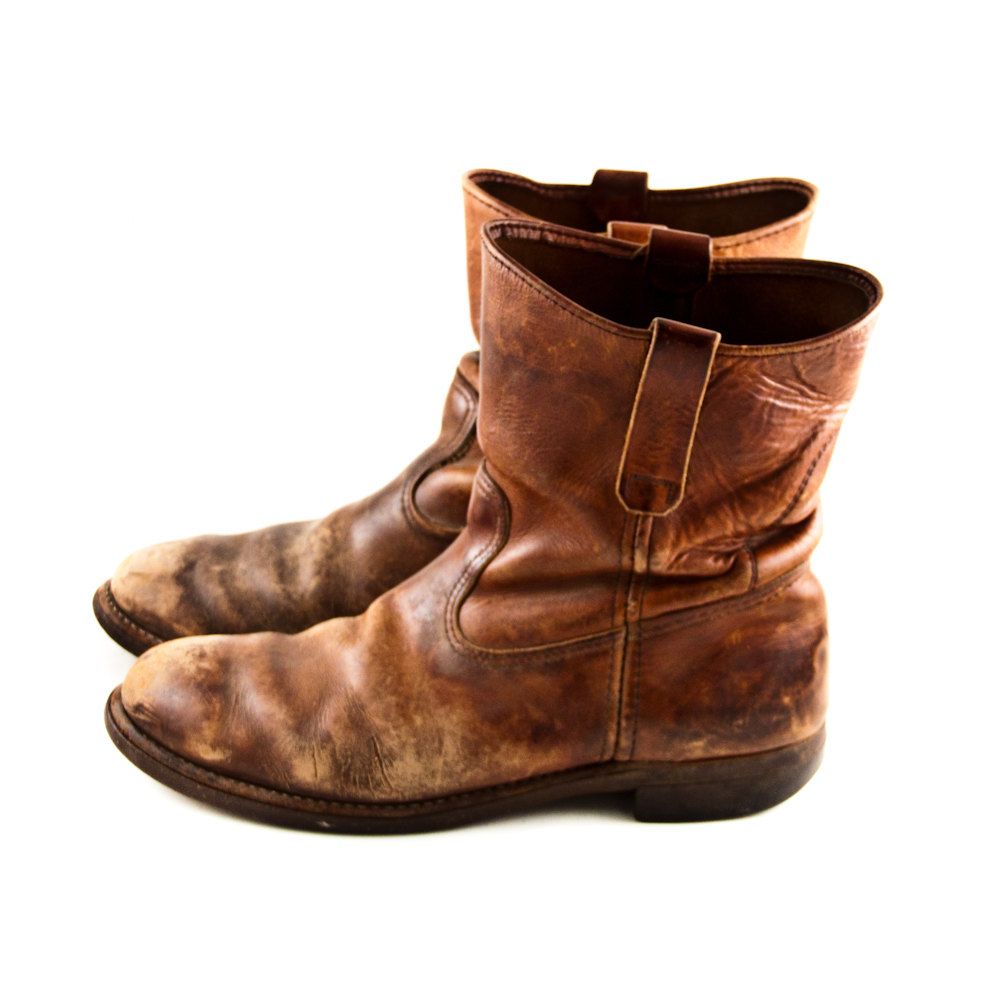 Certain that I can get one of the air compressors for half-price tomorrow, when, of course, neither air compressor will be available, I foolishly take a pass. It will take me a while to become a more savvy patron of estate sales and auctions, but today I play the fool. Shopping has never been my thing.

The boots and hip waders, on the other hand, being my size, probably will survive until tomorrow. But they are my size, and I find myself wanting them inordinately, so I decide not to risk letting them sit. I buy the unused Orvis waders for $25—I’d be losing money if I didn’t—and also a pair of slip-on mucking shoes and a pair of leather work boots. It so happens that my gamble to pass on the fly rod and reel and the fifty-amp battery charger will pay off tomorrow. For now, though, I walk out with some good stuff, and I’m only $33 poorer.

But the woman who will benefit from this sale, once the consignment company has taken its cut, is much poorer, notwithstanding my $33. I learn this on the way home, and the story explains the presence of an expressionless creature I noticed in the house, a woman lurking cadaverously about the estate sale, watching in a kind of interested-disinterestedness as I and other strangers looked over the furniture, the clothing, the kitchen fixtures, and, in my case especially, the tools and sporting goods and fishing and camping gear.

He should have been a conservation officer or a park ranger, the placid woman told my wife, as I was inspecting his box-end wrenches and his chisels, so great was his love for the out-of-doors. But he worked instead in something else—I’ve forgotten exactly what—and it kept him cooped up indoors far too much and against his will and better lights.

But what he loved was to fish and hunt and camp and work in his small shop attached to their modest house, both heated by wood-burning stoves. And then colon cancer struck, struck like lightening from the blue serene. And then, a month after the diagnosis, he was dead, an unfulfilled but now permanent outdoorsman, a townsman of a stiller town, as one poet put it.

But now, not much more than a month later, the widow who opines that her dead ex-husband should have been a conservation officer or a park ranger is selling all the artifacts and markers that might make a man infer that he actually was.

Within a week I will be slipping the mucking shoes on and off several times a day. I’ll leave them under the overhang outside our back door. My younger boy will wear them too, will seem to have colonized them. He’ll wear them in the careless way of a teenager. But I won’t, and I don’t mean that I’ll wear them with the kind of adult care meant to make them last, though I wear everything with that in mind. I mean that each time I slip them on I’ll know I’m slipping on the mucking shoes of a dead man I never knew. I’ll be aware that a man who should have been a park ranger or a conservation officer paid top dollar for them, that he knew quality equipment when he saw it.

But I myself am a patron of estate sales and auctions. I don’t pay top dollar for anything.

And when I likewise put on the leather work boots, the boots that have metal strikes nailed into the heels and that click when I walk, I will be aware of their quality as well; I’ll be aware that someone paid top dollar for them, and that I who didn’t will be walking in the boots of a dead man who “should have been” but who died having lived too much indoors.

He was a man who came to grief betimes, and concerning him a woman in another kind of grief uttered the terrible “should have been” that perhaps will be said of everyone, including me and the others who are pawing through his power tools, his reels, his lures, his air hoses and knives and guns.

About four months later I stand in a drizzle waiting for the auctioneer to come to the two three-ton floor jacks poised for relocation. I’ve let a couple of these go at other auctions, but today, thanks to the weather, my competition isn’t as stiff, and I think that the presence of a second jack will drive the price of the first one down.

And I am right. I get what was probably a $300 jack for forty bucks. I pass on a sixty-gallon air compressor but acquire, somewhat unbelievably, a reciprocating saw and an angle grinder for a total of five bucks. I don’t need either of these, but, again, I’d be losing money if I didn’t buy them. I can give them away without measurable loss, and will.

But here at this auction, where I get a three-ton floor jack and a couple of power tools, there is no lifeless creature lurking about. No erstwhile owner or surviving spouse sees the goods go out the door. This is “unsupervised,” if a peculiar meaning be allowed. It’s like any funeral: the ghost of honor does not witness it.

Either kind of sale—and the first is the unlikelier—is an exercise in piecing together someone else’s life from the disjointed evidence of his remains. It takes some imagination, as it did a couple of weeks ago at yet another auction, to make sense of a mountain of outdated electronics on the one hand and, on the other, fire-fighting gear, artifacts, and fire-station memorabilia. What kind of man was this? What did he eat at night before coming back out to his garage to be among the things he liked to be among? What was his handle back when he used his CB radio? Did he drink Hamm’s or just think well of the Hamm’s bar mirror hanging next to the Auto-Owner’s clock on the back wall, both now for sale?

There’s an excellent prurience to the estate sale. This I admit without compunction. There’s also the amusing gossip. For the gossipers are always there too. “Did you see that hideous kitchen tile?” “The floor plan is worse than I imagined!” “The end tables look like they came from the Kit Kat Lounge.” “They obviously had more money than they knew what to do with.” But because every shakable thing has got to be shaken, for me it’s the “should have been” that sticks, the regret that invariably follows upon loss.

And yet I think that in the auctioneer’s call, in the snooping and pawing, the picking up or the putting back down—I think that in this long division of things there’s always a remainder, and that in the remainder the mystery begins. For the story of a house can no more be told than the story of anything or anyone, not even by the gossipers. Will the woman whose husband loved the out-of-doors stay indoors for the residue of her years? Something tells me she will. When I returned to find the air compressors gone but the old fly rod and reel and the battery charger still unclaimed, I thought of Robinson’s sorrowful butcher, Reuben Bright, who, alone in age, could no longer endure the quotidian sight of death that had unremarkably marked his “honest” livelihood:

Because he was a butcher and thereby
Did earn an honest living (and did right),
I would not have you think that Reuben Bright
Was any more a brute than you or I;
For when they told him that his wife must die,
He stared at them, and shook with grief and fright,
And cried like a great baby half that night,
And made the women cry to see him cry.

And after she was dead, and he had paid
The singers and the sexton and the rest,
He packed a lot of things that she had made
Most mournfully away in an old chest
Of hers, and put some chopped-up cedar boughs
In with them, and tore down the slaughter-house.