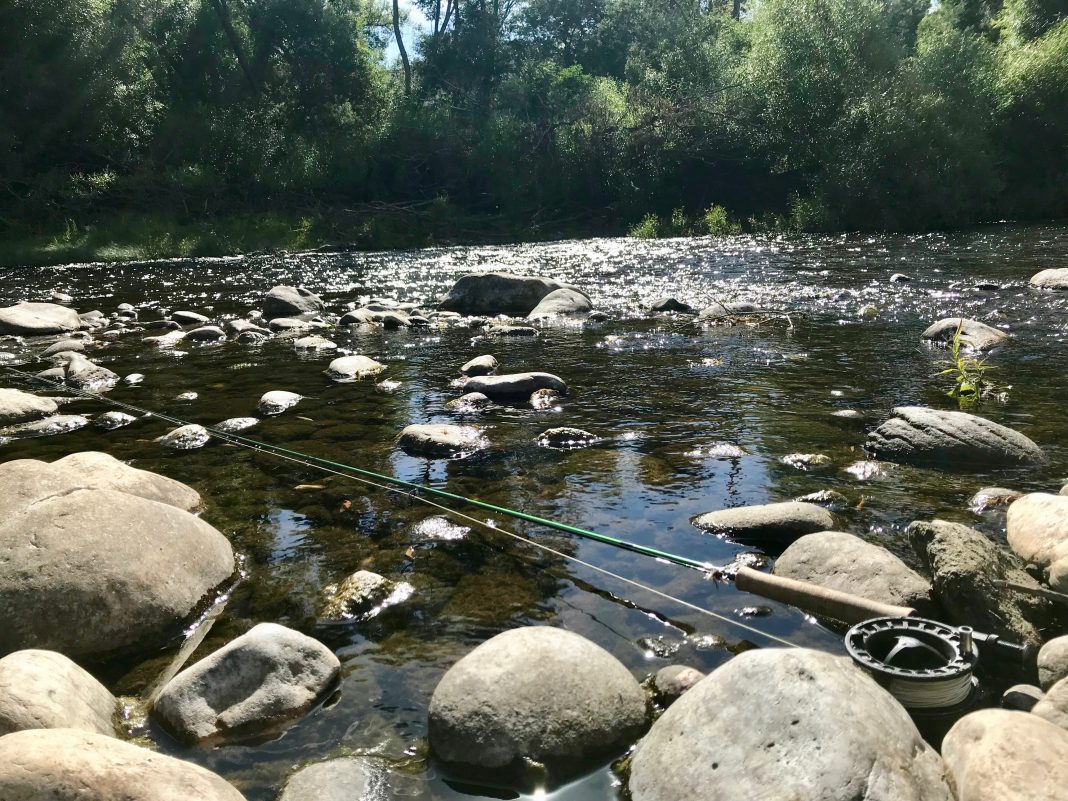 I was not on board the FPR train early enough to be considered one of its engineers. I met Mark Mitchell at a conference in New Mexico, and heard him introduced as the editor of “Front Porch Republic,” which confused me. What was this thing? What is a Front Porch Republic? It was hard to think of that in the crabbed categories of my political theorizing.

He and I spent that evening talking in a cocktail bar–that much is true–and talked deep into the night about cultivating gratitude in our children, which Mark wrote about subsequently on the blog. I wrote him a response, which he encouraged me to turn into an essay. Thus began my relationship with FPR; one that, despite the fact I’ve not posted many essays in the last few years, for which some readers are undoubtedly thankful—although you know I don’t believe it when you say you don’t need me—has remained a fruitful one.

My introduction to FPR came at a propitious time in my life: In my middle way, and having recently returned to the city of my birth and, God willing, also of my death. We had not been itinerant with our children, but we did uproot them from the home that they knew in Ohio to return to mine. It is difficult to avoid altogether the psychic stresses of our hypermobile world. Revenge has been served cold, but not willfully. Two of my children have moved away, although not so far we can’t see each other regularly, but far enough where it takes pretty serious effort. The universe has a way of punishing you by giving you the thing you hate or fear most.

At the time I had just gone through the gut wrenching ritual that every year thousands of parents go through: dropping off my oldest daughter at college, the next stage in the long goodbye that resounds through the years from that first time they let go of your hand at the kindergarten door to that last time they let go when your blood pulses through it no more. On top of that my parents were turning 80, and my wife and I and my siblings were facing the prospect of their inevitable decline and death, and feeling the concomitant duty to help take care of them. Middle age is a time of loss: your parents die, your children become adults and leave the house, you lose strength and vigor, your skills begin to diminish, your memory isn’t what it once was, your hearing and eyesight fade (I’ve developed the curse of tinnitus, which I wish on no one). Granted, there are compensations, but they don’t seem to make up for the losses.

FPR scratched an itch. It introduced me to a group of thinkers and writers who were saying actually interesting things in a political world which was dominated by stale and irrelevant discourse and an academic world that actively opposed the things that mattered to me. In short, the things I loved most were either fading and dying or they were under attack. FPR offered a vigorous defense of the things that most need defending, both because of their vulnerability and because of how essential they are to human flourishing. Furthermore, the authors at FPR taught me about those things, and forced me to reconsider not only how I thought about the world, but also how I lived in it. An early essay I wrote on farming–that, while biographical, is also idiotic–stands as a testimony to both my ignorance and my indolence. As embarrassing as it is, I have left it there to remind myself of how much I have left to learn and how much I have to improve as a person.

Reading FPR may make the tagline seem like an order or priority. There’s something to that, but of course the “founders” of FPR meant to stress the mutual interdependence of place, limits, and liberty. The emphasis on “liberty” may seem to have gotten short shrift, but it’s the nub of the enterprise. A defining feature of our age has been the loss of the idea of agency. Whether we regard ourselves as victims, as passive receptors of technological and social change, as epiphenomena of deeper cultural currents, or as inconsequential and docile atoms in a mass economy and polity, our age is marked by a sense that our liberty is really inconsequential. The emphasis on autonomy smacks of desperation, not genuine human action.

In its willingness to take on, challenge, complain about, and offer an alternative to historical trends, FPR has always been a hopeful enterprise. That hopefulness has evolved out of the profound respect for liberty, a respect that insists that it is precisely when things look darkest that we damned well better do something. Our hands were made for more than sitting on: they are made to be stuck in the dirt, to build a chicken coop, to fire a weapon either in the defense of something good and noble or in killing something good and noble so that we may eat, to carry and cradle an infant, to wipe away a tear, to tap out a beat, to whisk some eggs or chop some garlic.

FPR advances the view that we receive the most warmth when we stand closest to the fire. Making distant the flames and dissipating the coals can only serve to make us cold, and this coldness and distance are what we have to navigate, whether it’s the icy I-80 corridor, our soulless institutions, or personal relationships made frigid by ideology, a lack of mutual dependence, and an absence of genuine love.

Presence, and love. These are the two things FPR has been fundamentally about. We are to love where we are present (and the obligations of love are nebulous at best where we are not), and be present where we love. This is what binds together healthy families and communities. Good persons are above all present in one another’s lives and in one another’s places, be it around the hearth or on the front porch; in times of joy and especially in times of grief; in times of sowing and in times of harvesting; the writers at FPR have stressed the simple truth that “being there” is the only way to be.

FPR has rewarded our on-line efforts by the salutary development of in-the-flesh friendships. Whether standing in a trout stream with Mark Mitchell, hitting golf balls with Philip Bess, drinking a craft beer with Bill Kauffman, sharing a tumbler of bourbon with Patrick Deneen, placing side bets on a minor league game with Jeremy Beer, or doing all these things with Jason Peters, listening to him tell a ribald joke while his wife rolls her eyes, a skill of hers he has not exaggerated, FPR has been a source of unqualified blessings and satisfying friendships in my life. For that I am grateful; and the imperative of cultivating gratitude in an entitled and alienated citizenry may well be FPR’s enduring legacy.