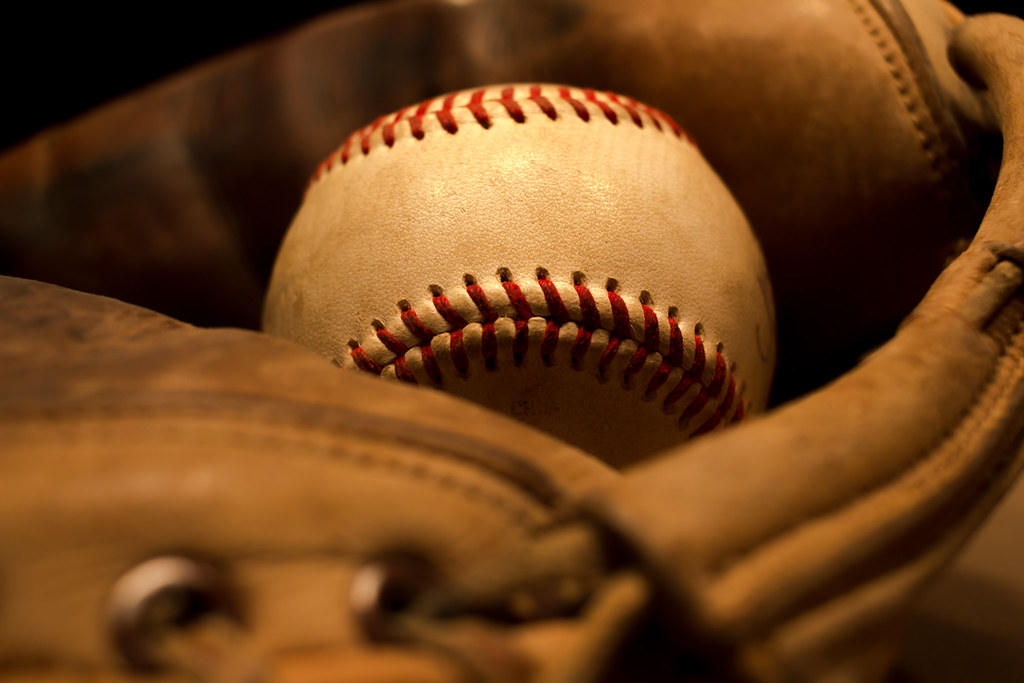 There seems to be a growing consensus that machines will one day replace umpires for the purpose of calling balls and strikes in Major League Baseball games. Various pitch-tracking technologies have existed for years, and they’re becoming more accurate all the time. MLB has even struck a deal with the independent Atlantic League to serve as a testing ground for “robo-umps.” (Though the Atlantic League’s implementation of the robo-ump was recently delayed for unspecified reasons).

The rationale driving the development of automated umpires goes something like this. The human umpires currently judging balls and strikes are generally accurate and generally consistent. But they sometimes make mistakes, and even when they’re doing a good job, the results don’t always look like one might expect. Umpires affect every pitch of every game, so a bad umpire can lead to unfair games. Even a great umpire could conceivably change the outcome of a game with one bad call. If we have the technology to judge balls and strikes with 100% accuracy, we should use it to ensure that games are not affected by the mistakes of human umpires.

I don’t disagree that accuracy is an important goal when it comes to judging balls and strikes. Fans, players, and coaches all long for a world in which umpires make the correct (accurate) call every time.

But I disagree that our collective desire for umpire accuracy should lead us toward a scenario in which balls and strikes are called by machines. I can’t claim that robo-umps would be “bad for baseball,” since arguing about what’s “good” or “bad” for a game is nonsensical. Rather, as is so often the case when new technology promises to correct the errors of human fallibility, I think that robo-umps would be bad for us. For everyone. Not just the ones who stand to lose their jobs.

Here is Major League Baseball’s definition of the strike zone:

The official strike zone is the area over home plate from the midpoint between a batter’s shoulders and the top of the uniform pants—when the batter is in his stance and prepared to swing at a pitched ball—and a point just below the kneecap. In order to get a strike call, part of the ball must cross over part of home plate while in the aforementioned area.

If you had never heard of the game of baseball, this definition would probably strike you as…imprecise. For a game in which half-an-inch could, in theory, change the outcome of a game, this definition is awfully whimsical. Inquiring minds may wonder: Where, exactly, does a shoulder begin? What happens if some guy wears his pants unusually high or unusually low? How can you find a line “just below the kneecap” if a player is wearing pants? Can a batter assume any stance he wishes, no matter how it might contort the shape or appearance of the strike zone?

I’m only being a little facetious. On the one hand, calling balls and strikes with satisfactory accuracy is not that hard. Millions of children have managed to do it for themselves during tens of millions of games in parks, streets, pastures, and alleyways. For all the imprecision of that definition, we all get the general idea, and it’s not difficult to apply the definition to a game.

That said, it’s important to recognize a fundamental truth that is obscured behind all the false precision of MLB’s definition, a truth further belied by most modern baseball telecasts, in which a strike zone is superimposed during every at-bat: the strike zone is a concept. Its reality is imagined. Yes, home plate is a tangible thing with measurable dimensions. And yes, the batter is really standing there—with real knees, a real waistline, and real shoulders. But the strike zone is not really there. We just act like it is.

Officials and umpires in every sport must routinely exercise judgement. Anyone who has watched the NFL in recent years has endured mind-numbing explanations of what constitutes and does not constitute a catch. A “catch” cannot be determined by a machine. It doesn’t matter how strict our definition is—determining whether an action on the field meets that definition is an act of interpretation. The same principle holds when an official in a basketball game or soccer match calls a foul, or when boxing judges decide the winner of a fight. They are measuring the action in front of them according to an abstract set of rules.

I’ve never heard of anyone call for robo-officials in the NBA or NFL. Of course, we do hear incessant calls for the expansion of instant replay, all in the name of “getting the calls right.” In the case of instant reply, we fantasize that re-watching a given action enough times from enough angles will yield an accurate assessment of that action.

Calls for automated strike zones are slightly different. Here, the theory is that balls and strikes can be judged accurately in an absolute sense. It’s not a matter of interpreting action—it’s a matter of determining whether a baseball did or did not in fact pass through a defined volume of air.

People sometimes compare automated umpiring to the technology used in tennis to determine whether balls were out of bounds. If you’ve ever watched a tennis match on television, you’ve probably seen this technology, in which a computer determines whether a ball touched the line. It’s straightforward. The ball was either on the line or it wasn’t. Just as importantly, no one questions whether the computer made the right call. Its decisions are authoritative. If such technology can be employed unobtrusively in tennis, the theory goes, why can’t we use it in baseball?

It’s more like pornography: you know it when you see it.

The superimposed strike zones that appear on televised baseball games provide the illusion that we viewers can see whether each pitch “really” was a strike or a ball. Like a charlatan in a white coat, that gray box fools us into a false sense of certainty.

Given the vagaries inherent in the definition of a strike, every current pitch tracking system requires a human being to manually set the upper and lower boundaries for each hitter. Picture it: a man sits in a dark room at Angels Stadium in Anaheim. On the television screen before him, he watches Mike Trout stride to the plate and assume his batting stance. Using a dial, the man carefully positions a horizontal line at the bottom of Trout’s knee, and another at the midpoint between the top of Trout’s shoulder and the top of Trout’s pants. It is in reference to these boundaries that the pitch tracking cameras and radar equipment will determine whether each pitch during Trout’s at bat is a ball or strike.

Who’s to say this man is doing any of this accurately? Why should we accept his judgement more readily than an umpire’s? What happens if another man in a different dark room sets the upper and lower boundaries of the strike zone a fraction of an inch higher or lower when Mike Trout plays his next game in Seattle?

In a supreme irony, the accuracy of pitch tracking systems is calibrated by comparing its outputs to the judgement of umpires. We only know whether our computer systems are accurately calling balls and strikes if they seem to align with the best judgement of human umpires. You know—those guys we want to replace, because we don’t think they do a good job.

In order to implement an automated strike zone that does not depend on human judgement in any capacity, MLB would have to adopt a so-called “universal strike zone.”

Whether you’re Aaron Judge (6’7”) or Jose Altuve (5’6”), the same strike zone would apply. This way, a machine umpiring system would not have to be recalibrated for each hitter. It would not vary according to a hitter’s stance. We would have a precise strike zone, and it could be enforced with 100% accuracy.

As I said at the top, I can’t argue whether such a change would be good for baseball. There would certainly be repercussions if MLB adopted such a system, many more than I can explore here. My concern is different. It has to do with our willingness to not only cede judgement to machines, but to redefine the terms on which judgement takes place so that “decisions” can more easily be made by machines.

It is intolerable that we should move to create systems around an average of all baseball players when human umpires are perfectly capable of adjusting their interpretation for every hitter. It is intolerable that we should attempt to redefine a functional and imagined boundary in favor of a strictly measured and yet imperceptible one. No human on earth is capable of umpiring a universal strike zone; no amount of training could condition the human eye to determine whether a 2.5 inch sphere traveling 99 miles per hour crossed home plate at a height of 18.3 inches (a strike) or at a height a quarter of an inch lower (a ball).

Baseball is far from the only place where humans have proved ourselves willing to redefine our own experience in an attempt to accommodate the binary logic of computers. Multiple choice tests are handy because they can be graded by machines, whereas written essays or actual human performance must be assessed by a person. Do we really believe that human intelligence is most accurately assessed by filling in bubbles on a piece of paper? Surely not, yet countless facets of our educational system—not to mention billions of dollars in scholarships and state funding—are premised on the assumption that those machine-graded bubbles tell us a lot.

Nearly everything that emerges from Silicon Valley promises to correct for the inefficiencies and irrationality of human behavior. Little thought is usually given to the question of whether something ought to be done efficiently, or what might be lost in the drive for efficiency.

A robo-ump provides a simulacrum of human judgement. When we subject the game of baseball, or anything else, to the absolute judgements of machines, we should reasonably wonder what will be lost. The more we seek to root out human judgement and turn it over to machines, the more we deprive ourselves of particularity, freedom, and excellence.

Baseball is only a game, I know. But that’s all the more reason to preserve it from the unnecessary intrusion of machine-based constraints and machine-based decision making. If we can’t play without computers and cameras to help us, what can we do?

Your Computer (and everything connected to it) is Broken