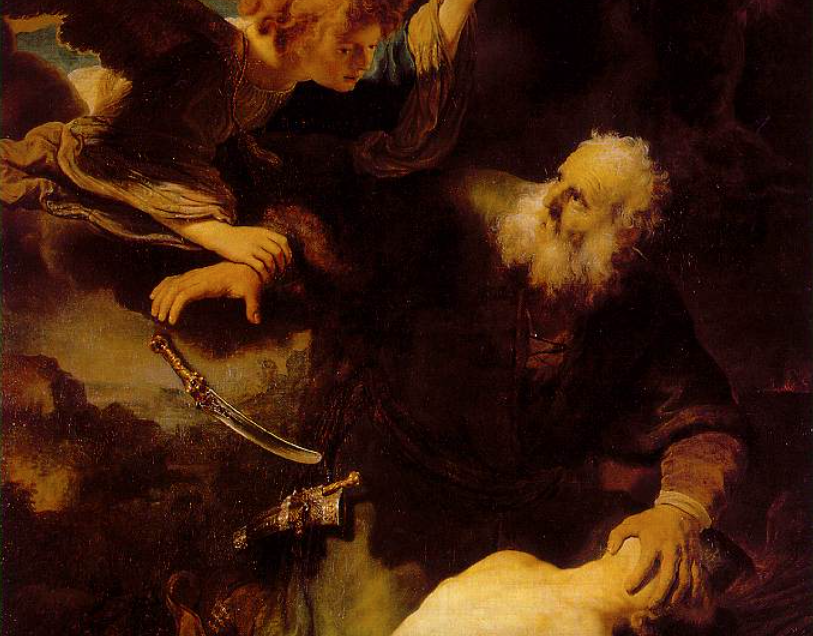 Unlike the triumphant ideals of love, hope, and charity, the dark side of religion—that vortex of dread, sin, hell, and the wrath of God—has been mocked and ridiculed out of mainstream society. But in our condescension towards this seemingly archaic side of religion, we have lost something of great significance. Religion in the developed world is preoccupied with happiness and attracting followers; however, religion in the past found the task of reconciling people to the otherness of God fearsome. While religious congregations still sing about an awesome God, nobody is really afraid. We have forgotten that God must be known through darkness as well as light. The apprehension of the divine in Western Christianity has become listless compared to other traditions, like Orthodox Judaism and Islam, which adhere more closely to ancient faiths.

Rudolf Otto in his 1917 classic, The Idea of the Holy, explains that religion begins with a sense of ‘something uncanny,’ ‘eerie,’ or ‘weird’ that when most acutely experienced causes the soul to tremble “inwardly to the farthest fibre of its being.” This experience is the quintessential response to an encounter with the otherness of God. It is the response of Job when he exclaims, “My ears had heard of you, but now my eyes have seen you. Therefore, I despise myself and repent in dust and ashes.” There is something about Job’s abject state when confronted by the Almighty that is critical to the unadorned religious experience. Examples of religious dread are common in the West, but the theophany in the Bhagavad-Gita rivals anything in the Bible. It begins when Prince Aryuna asks his chariot driver, who is the avatar of Vishnu, if he can see God in his divine form. Aryuna is given a divine eye, without which he can neither see nor approach Vishnu, and immediately Aryuna exclaims that the universe quakes:

For as I behold Thee touching the heavens, glittering, many-hued, with yawning mouths, with wide eyes agleam, my inward soul trembles, and I find not constancy nor peace, O Vishnu.

Seeing Thy mouths grim with teeth, like to the fire of the last day, I recognize not the quarters of the heavens, and take no joy; Lord of Gods, home of the universe, be gracious!

Similarly, in the Torah an encounter with God could result in death and the prophets were required to avert their eyes. Among the Jews at the time of Christ, “God-fearing” was a description of righteousness. To be fearful of God is even expressed as a blessing during the celebration of Yom Kippur:

So then, let Thy fear, O Yahweh our God, come over all Thy creatures, and reverent dread of thee upon all that Thou hast made, that all Thy creatures may fear Thee and every being bow before Thee …

In Revelation, God has a sharp sword coming out of his mouth “with which to strike down the nations,” and the Letter to the Hebrews warns that, “it is a dreadful thing to fall into the hands of the living God.” This aspect of God is also celebrated in the first known Eucharistic hymn which begins, “Let all mortal flesh keep silence, and with fear and trembling stand.” For Otto, all this language of wrath and dread is really code for “something supra-rational that throbs and gleams, palpable and visible.” Wrath and jealousy are semi-rational states that seize us in the natural world and help us relate to a God who cannot be understood through reason.

Related to and closely following this early experience of religious dread and awe is a sense of impotence and nothingness compared to overpowering might that Otto calls “creature-feeling.” Creature feeling initiates Job’s self-depreciating response, which we can also see in the words of Peter when he addresses Christ: “Depart from me, for I am a sinful man, O Lord.” The prophet Isaiah more colorfully evokes the same apprehension:

“Woe to me!” I cried. “I am ruined! For I am a man of unclean lips, and I live among a people of unclean lips, and my eyes have seen the King, the LORD Almighty.” Then one of the seraphs flew to me with a live coal in his hand, which he had taken with tongs from the altar. With it he touched my mouth and said, “See, this has touched your lips; your guilt is taken away and your sin atoned for.”

Otto believed that we have an innate desire for repentance that cannot be explained by any system of morality. It is an instinctive and spontaneous urge caused when we approach the divine. A feeling of sinfulness arises from a recognition of the holy that is contrasted to our profane and unholy state because the creature is too small and limited to bear the infinite. This is the reason why the prophets had to avert their eyes. For the same reason, prehistoric people participated in purification rituals before they approached the holy. Sin is what separates us from the eternal, and the saints have always accepted the reality of their own sinfulness. The Chandogya Upanishad explains: “There is a bridge between time and Eternity; and this bridge is Atman, the Spirit of man. Evil or sin cannot cross that bridge, because the world of the spirit is pure.” Augustine, who wrote so poignantly about communion with God, was similarly concerned about the impediment of sin:

My soul’s house is narrow for you to enter; will you not make it broader? It is in a state of collapse; will you not rebuild it? It contains things which must offend your eyes; this I know and admit. But who will make it clean? To whom, except you, shall I cry: Lord, cleanse me from my secret faults, and spare thy servant from the power of the enemy.

“I am a man of unclean lips” is the cry that bursts forth from every one of us, the Jewish theologian Will Herberg writes, “whenever the force of existence smashes through the hard crust of egocentric self-deception.” Martin Luther, who possessed a deep sense of creatureliness, was horrified by his followers who claimed direct “conversation,” which he thought trivialized the terrible majesty of the Creator, the unendurable glory that has to be veiled in the flesh of Jesus crucified. For Luther, grace begins in the experience of alienation and a sense of condemnation. Existential dread brings about one’s total poverty, the “emptying out” of human righteousness and conceit which makes redemption through God’s grace possible. Redemption cannot come from our own efforts alone. Like Aryuna, who required a divine eye to see Vishnu, we instinctively grasp for a divine gift or grace, received through sacrifice and repentance, which renders us fit to approach the numinous.

The secularization of the larger culture may partially explain our loss of religious dread, but Otto blamed religious institutions themselves, beginning with the importance placed on doctrine over practice by Aquinas in the Middle Ages. Like Carl Jung, Otto believed the intellectualizing of rituals and religious narrative has made them earthbound and godless. During the 100 years since Otto wrote The Idea of the Holy, the experience of the holy has continued to diminish in the West as religion has become tamer and more approachable. Sacred music has become a performance enjoyed by an audience instead of a prayer joined in by a congregation. Piety and ritual have been replaced by morality and sermonizing. Words like sin and wrath, outside of the Evangelical community, are muted because they are thought to be reactionary. However, the dark side of religion cannot be completely vanquished because human reason pales in the comparison to the highest reality, which is known through the light and the darkness of the religious experience.

Asceticism is for Everyone