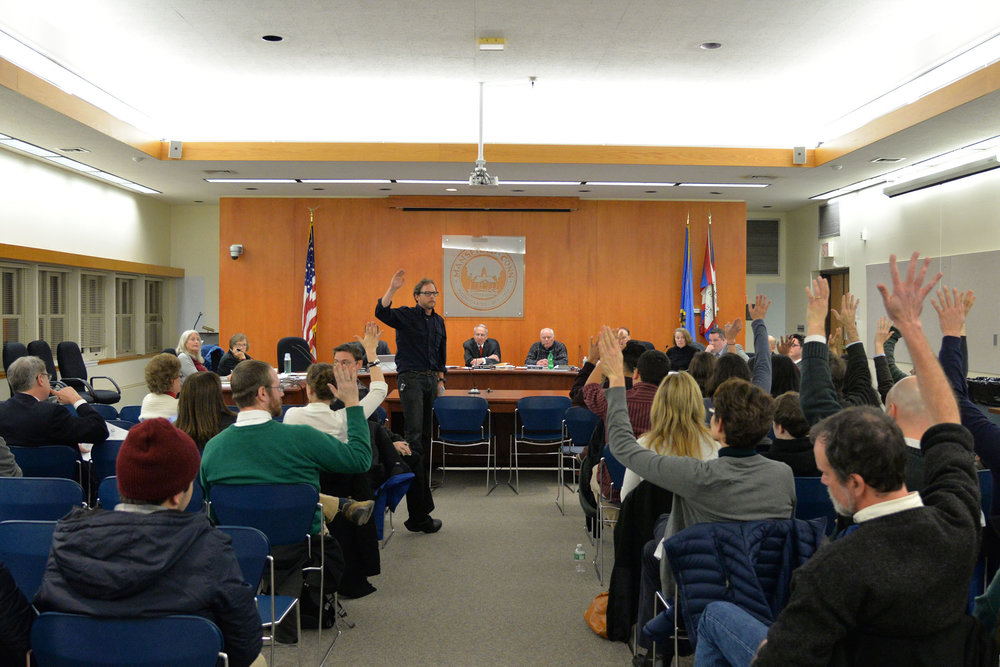 For our elites, democratic values and grand political projects go hand in hand.  Earlier this year, Mark Zuckerberg discussed the importance of democracy in adjudicating social tradeoffs.  Zuckerberg has also recently called for “a more active role for governments and regulators” in overseeing Internet activity. Sen. Bernie Sanders regularly appeals to democratic values when defending his economic ideas.  Obviously, significant political power would need to be brought to bear on the American economy to achieve his vision.  Law professor Eric Posner argues that the post-New Deal administrative state is the cornerstone of American constitutional democracy.  According to Posner, nobody serious on either the Left or the Right opposes this tradition.

Politicians and business leaders are not the only ones who see a link between democracy and a vigorous state.  Cultural icons, world-renowned academics, and high-ranking government administrators also work hard to convince us their visions for society, even if they entail radical changes, rest on the cornerstone of democracy.  From the way they use the word, it is not just a system of government, but everything that is good and sweet and true in life.  But what exactly do they mean by democracy?

Overwhelmingly they mean this: citizens should delegate more and more power to the state, which will then organize society from the top down.  Their philosophy of government is simple: the problems of modernity are too complicated for ordinary people to solve, so they had better leave them to the experts, and give them a wide berth besides.  In practice, this conception of democracy means an ever-greater sacrifice of life, liberty, and property so a relatively small group of legislators, bureaucrats, and “private sector” partners can treat society like a chessboard.

What makes this democratic is that somewhere along the line, there will be a vote that authorizes this delegation.  There is no such thing, of course, because our two-party duopoly almost always ensures that both viable candidates are on board with the administrative state.  Posner was correct on this point, at least: Republicans and Democrats may differ rhetorically, but in terms of their philosophy of government, they are flip sides of the same coin.

Ultimately our elites have an impoverished conception of democracy.  It is not about voting—or rather, not only about voting.  Voting is a part of democracy, but in a healthy society, it may well be the least important public activity.  True democracy means a society that governs itself.  A society is democratic to the extent that it refuses to delegate to an administrative class the cares and responsibilities of living.  It means nothing should be done from the state capital that can be done from city hall, and that nothing should be done from Washington that can be done from the state capital.

Limited government, separation of powers, and federalism are all essential components of true democracy, as our Founders realized.  Each of these constitutional features, by restraining the overbearing tendencies of the central government, gives families and neighborhoods the social space to govern themselves through voluntary association.  Small wonder that our elites have contempt for these features of government.  They are incompatible with the planners’ worldview.

G.K. Chesterton, an English man of letters, expressed this sentiment best.  Democracy “is not something analogous to playing the church organ, painting on vellum, discovering the North Pole (that insidious habit), looping the loop, being Astronomer Royal, and so on. For these things we do not wish a man to do at all unless he does them well. It is, on the contrary, a thing analogous to writing one’s own love-letters or blowing one’s own nose. These things we want a man to do for himself, even if he does them badly…In short, the democratic faith is this: that the most terribly important things must be left to ordinary men themselves–the mating of the sexes, the rearing of the young, the laws of the state.”

Democracy is hard; it only works from the ground-up.  To restore true self-governance, families, churches, and civic organizations must increase their social footprint.  Households must cooperate in undertaking local projects, from filling potholes to organizing neighborhood watches.  Religious organizations must focus less on trying to make their doctrines culturally palatable, and more on caring for the poor and needy.  Small-town governments must become true forums for public deliberation, where the messy work of government for the people, by the people actually gets done.  Many of these projects will fail.  Even if they do not fail, many will be chaotic and inefficient.  That is fine.  Again quoting Chesterton, “If a thing is worth doing, it is worth doing badly.”  A little mess—even a little anarchy—is a small price to pay for self-governance.