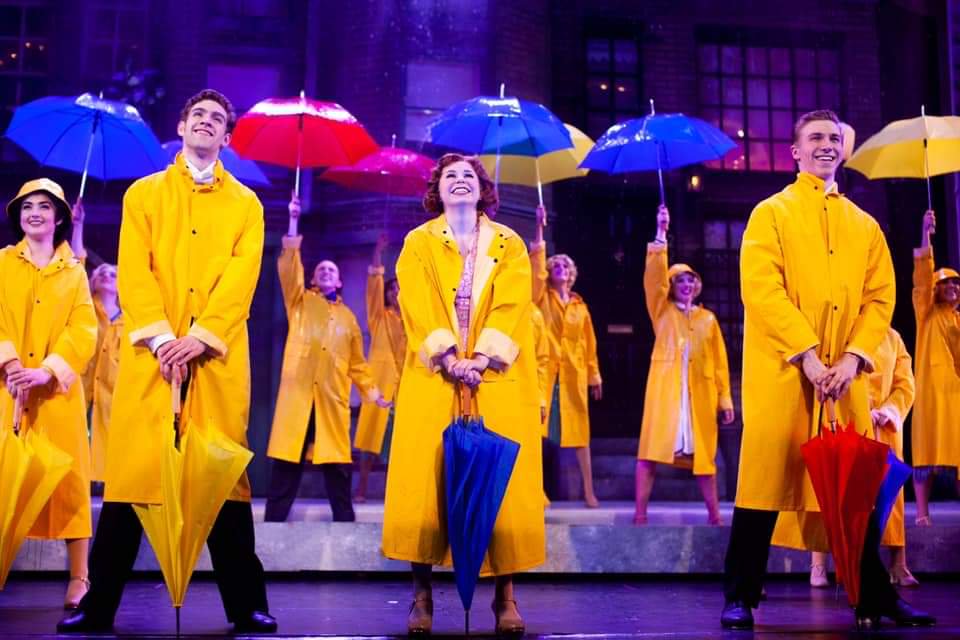 That, at least, is my usual take on America’s riddled relationship with its past. But for two Friday evenings this spring my cynicism fled. I touched something beyond cool, an American tradition deeper than the fracturing flow of red, white, and blue. On those two nights I witnessed the Songbook alive and in our midst.

Singin’ in the Rain, that seaworthy vessel, carried it to us. The students at the Lincoln Park Performing Arts Charter School, located improbably in a rutted Pennsylvania mill town called Midland, pulled off the show with a stylish gusto I can even now barely believe. The first night I went with a group of students from the college where I teach. The next week I went with my wife. The effect both evenings was the same: a supremely satisfying magnificence streaming from a living source, thirty minutes from home.

I once heard Robert Pinsky, the former Poet Laureate, claim that great art doesn’t discourage amateur artists—it inspires them. This was evidently the effect Gene Kelly, Donald O’Connor, and Debbie Reynolds had on these youth. They exuded Kelly-esque joy, and more than a touch of his charm. At the musical’s most celebrated moment, the lead splashed and sloshed his way through the night with verve, a gleam beaming from his eyes.

But here’s the telling fact: Even before he, umbrella in hand, began to dance, the audience had already broken into eager, spontaneous applause. The beloved strains, soaring from the pit, had evoked it.

But a living faith in what?

Faith in beauty, perhaps?—the confidence that desire and innocence can yet be conjoined, even in our less than innocent age?

Maybe faith that a certain unimpeachable goodness, stored up—yes!—in our songs, lives on?

This faith, whatever its center, achieved its most moving expression just after the final scene, with the lovers reunited and the crowd cheering them on. The curtain call began. But it was what followed that required me to return the following week.

As the cast took its final bows, the band shifted toward the finale. At that point the entire cast, sporting yellow raincoats and twirling umbrellas, launched into what I believe to be the most joyous outburst of music I have ever witnessed. The brassy big-band swing of the orchestra erupted, gathering and transcending all it had done through the night. The cast sang the show’s theme with an ardor that redefined the song itself, offering it back to us, a gift.

My eyes teared up; my body trembled. The audience, on foot, shimmered and glowed. It was the Hallelujah Chorus, American style, the Great American Songbook singing us to glory. It was the roar of a tradition celebrated, revived, and affirmed. We clapped and clapped, stunned into reverence and joy at this culminating burst of life, pure life—the gift we remarkably and unworthily share.

We flowed from the theater in a giddy and smiling daze. The winter, for me at least, had been filled with persisting challenge and woe. Amidst it all, a better ending had burst through, cracking the darkness with the shock of hope. April is not the cruelest month. Flowers do not lie. Ceremonies of innocence may yet unite us, and leave us singing—even in the rain.

Why Do Soldiers Miss War?

Have We Forgotten the Women?