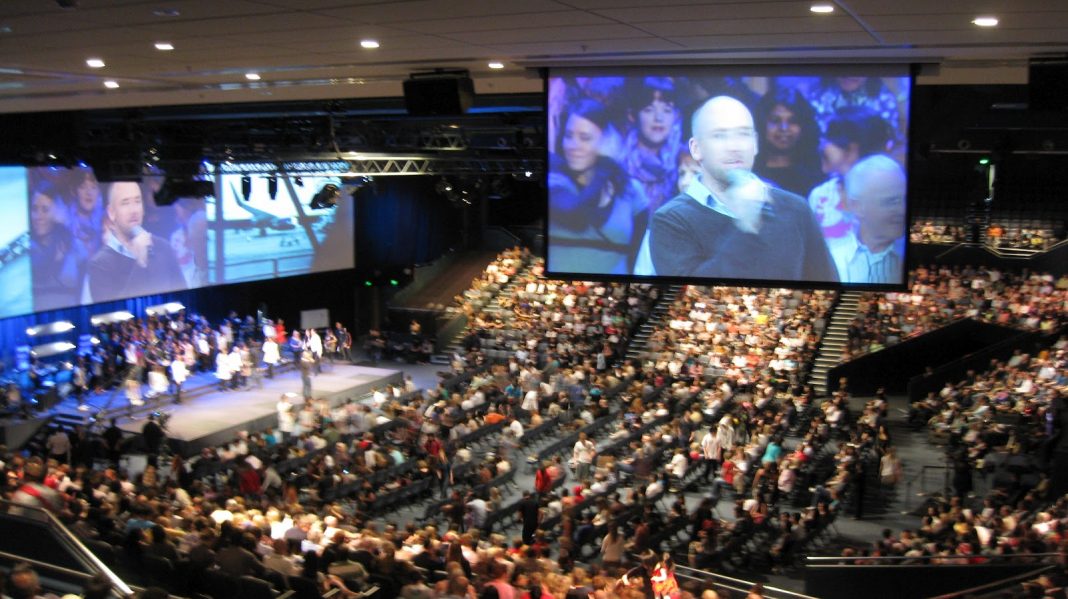 I grew up in the north, but I went to seminary in the south. In the north, there are Baptist churches, but not like in the south. When my wife and I lived in Kentucky, it seemed like there was a small Baptist church on every street corner, and this took some time getting used to because in Minnesota Baptists are not the dominant force. One of the historical strengths of Baptists has been their emphasis on the local church and its importance in bringing people to faith and then bringing them to maturity. I fear this emphasis on the local church is largely lost in evangelicalism today as smaller, local churches are increasingly being replaced by mega-churches and their endless multiplication of satellite campuses. In this way, church growth has become an industry where large churches seem hell-bent on growing no matter the cost. Mega-churches function like Wal-Mart moving into a neighborhood, slowly but surely putting local establishments out of business.

This reality hits close to home. I am a pastor at a smaller Baptist church in a suburb of St. Paul. On our street, there happen to be three smaller Baptist churches. Ours is a few miles away from the other two, but those two are right on top of each other. When I drive past them, it reminds me of my time in Kentucky. Recently, I was reminded of evangelicalism’s Wal-Mart-like tendency. One of the larger multi-site Baptist churches in our area is coming to our street. And not just to our street: they decided to move in right across from these two other Baptist churches. There was no contact between the new church and the existing churches across the street. It was only discovered the new church was moving in as a congregant saw it on the local community television channel. In the business world, this makes sense—you don’t tell your competition what you’re doing—but is this really the way the church of Christ should function?

The problem is that the Wal-Mart way of doing church works according to some metrics. It does draw in numbers. We’ve been told this satellite campus will likely have more people at it on the first Sunday than our average attendance. The truth is that many American Christians do not want a local church. We’re too independent and consumeristic for that. The allure of a light show and a message from a TV screen is too great. Who needs pastors and leaders who actually know congregants by name? What advantages to our individualistic lives do community and accountability really bring?

Our current situation speaks to the larger problems within the American church. David Wells rightly sounds the alarm, “What happens in the corporate world has not been lost on many of our church leaders today… Increasingly they are thinking like corporate CEOs who pursue market share, and market domination, with a kind of cold, calculating, ruthless, and steely zeal” (The Courage to be Protestant, 2008). It appears that more and more churches are only interested in expanding their market share, instead of advancing the kingdom of their Savior.

The words of Christ to his disciples are dismissed in favor of a corporate definition of success: “You know that the rulers of the Gentiles lord it over them, and their great ones exercise authority over them. It shall not be so among you. But whoever would be great among you must be your servant” (Matt. 20:25). The CEO model of the mega-church and Christ’s call to servant leadership are at odds.

So how do we recover churches marked by a true local vision? How does the American church recover a view of the church that is not polluted by the business world? Here are four suggestions.

1. Value community over consumerism. In many mega-churches, the church has become a product to consume. People go to church to have their desires met, and if a church does not meet those desires, they can find one who will. The problem is, being a consumer does not lead to spiritual growth. Christianity is not about showing up once a week for an hour-long concert and pep-talk. Rather, the local church is a place to serve, a place to bear one another’s burdens and to encourage one another to walk in the faith. The Christian life can only be done in honest community. It only really happens if pastors know their sheep. By turning the church into a product, we have turned the pastor into a CEO, and the people into consumers. Is it any wonder why much of what passes for Christianity has as little impact on someone’s life as what car they drive?

2. Value being a pastor over a CEO. The CEO model of church leadership treats the church as a place for a man to build his own brand, his own name, and thus have a quantifiable definition of success. This feeds the desire for making a name for yourself, but this is not the way a shepherd is called to lead his sheep. Jesus reminds us that the Good Shepherd lays down his life for his sheep as he knows them, and they know him (John 10). Being a shepherd is primarily about seeking the good of your people, not trying to steal sheep from other fields so that you can open another campus. Our job is to build Christ’s kingdom, not our own empires of dirt.

3. Pursue faithfulness over numbers. One of the most interesting stories of Jesus’s life is found in John 6, where he has a large following, and he intentionally teaches on a controversial topic—eating his flesh and drinking his blood. Christ is given many chances to qualify his teaching, but he only doubles down. In the process, he loses almost all of his followers. Was he successful? If we are thinking like CEOs, then the answer must be no. But this is Jesus. This was his intent. He knew faithfulness was the true measure of success, not numbers.

4. Embrace messiness over comfort. Living in community with people is messy. This is because we are all sinners broken in different ways. The appeal of the consumer model of church is that we can avoid the messiness of knowing those we go to church with. Yet there is beauty in the messiness of a community of sinners relying on God and each other to grow together in a fallen world. Growth in spiritual maturity is never easy, and it happens best in community with fellow believers. This is why Christ established local churches through his apostles.

The American church too often parrots the ideas of Wall Street more than the teachings of Christ. Yet the more the church looks and thinks like the world, the less it redeems the world. If future Christians truly want to reach our secular age, the best strategy is to contrast Christianity with the perceived wisdom of our day. One way to do that is to return to the model of local communities of believers who actually know each other and who actively partner with one another to live the Christian life in humble dependence on the grace of God. Then the world will know us by our love for one another. This may not lead to light shows and satellite campuses, but it will help increase our faithfulness to God and to one another.

A Tale of Two Banks

The Formative Power of Metrics