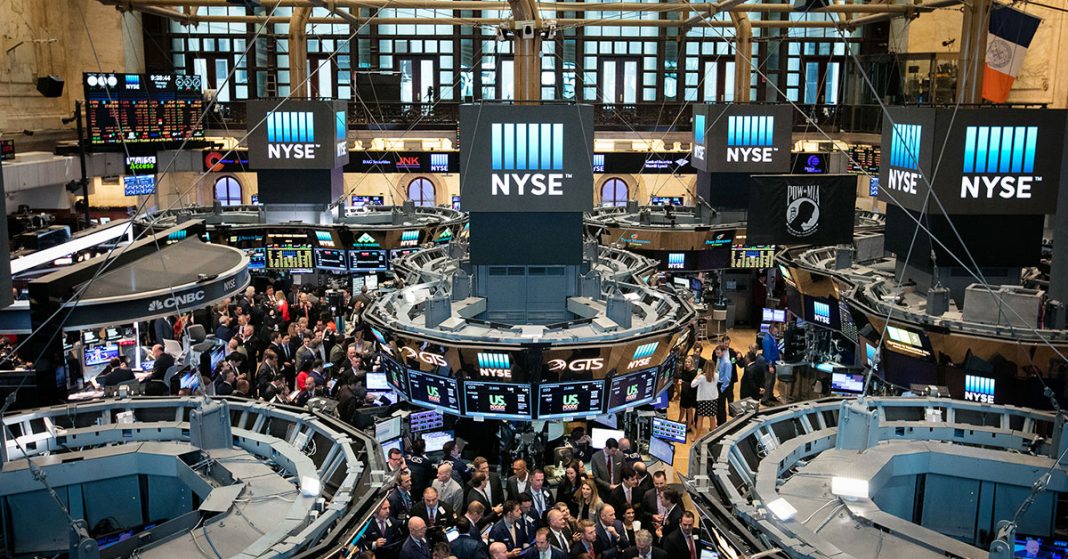 Yuval Levin recently highlighted right and leftwing critiques of capitalism in National Review’s May issue. Many of these critiques, he says, are serious and should not be ignored. “For the most part, these complaints are not fundamentally economic but rather are moral,” writes Levin. Capitalism currently faces attacks of the former variety.

Thus, Levin writes, “The deepest challenges to capitalism have to be answered on the grounds of morality.” To this end, he brings out some heavy hitters: “Adam Smith was a professor of moral philosophy, and his project sought to ground a modern successor to Aristotelian ethics in a sophisticated sense of human sympathy and sociability.” Levin continues, “In a free society, Smith suggested, men and women cannot be compelled to act morally…”

Aristotle would never agree with the notion that, “men and women cannot be compelled to act morally.” Of course, no one denies the fact that there are people or entities that can compel others to do things.  It’s the morality of the compulsion that is in question.

It is normal for a ten-year-old boy to obey his father simply because of his place in the relationship. Such behavior would be pious (a virtue that Levin later cites). By allowing his father to compel him, the boy would have acted morally. Why did Abraham decide he was going to sacrifice Isaac? Answer: because God told him to. That is the only reason. It is possible to act morally simply out of obedience to a rightful authority. Doing as a policeman instructs, provided he isn’t abusing his office, is moral. The state is not God, but it surely is a rightful authority (or else we wouldn’t be discussing public policy at all because the state lacks legitimacy). The ten-year-old boy who gave what was due to his father, Abraham who gave what was due to God the father, and the citizen who gave what was due to the policeman acted piously. Was any one enslaved? No. Freedom is not the absence of authority but is submitting oneself to a rightful authority. Therefore, in a free society people can be compelled to act morally.

But to allow Levin to finish his thought:

…so we require institutions that form our characters and dispositions so that we might choose to act morally. The market is one such institution. Through the division of labor, it enables essentially every person to approach the larger society on the basis of what he can offer rather than just what he needs, reinforcing his dignity. And by valuing reliability, honesty, civility, discipline, and similar bourgeois virtues, markets give us the habits required to handle an enormous amount of freedom responsibly.

First of all, how do we get “division of labor”? To put it another way: why do people drive away from their homes, families, and local communities to a place of income? There are many reasons, but the most pressing are taxes and debt. Levin has some nice things to say about private property, but private property is a legal fiction in the U.S. If I own five acres, I pay property taxes on that land. I don’t really own it; I’m just leasing it from the state. Even if I can grow and hunt my own food and make my own clothes (or trade for them with a neighbor) I still have to pay property taxes which means I need to generate income. And I am probably in debt, most Americans are. Why do I need a job? Because I have debt. Why do I have debt, because I bought a college education and a car. Why? Because I needed both to get my job. Why do I need a job? Because I have debt. Mass debt is viscous cycle; but we wouldn’t have capitalism without it. And, we wouldn’t have mass debt without usury.

Usury was forbidden in medieval Europe by the Catholic Church. It was understood to have a degenerative effect on society. As James Burnham wrote in The Managerial Revolution:

This medieval situation is clearly reflected in the writings of the philosophers and theologians on economic subjects. No conception of money functioning as capital can be found in them. Even exacting interest on money loaned (permitting money, even in that sense, to make money) – since they realized what uses loans were ordinarily put to – was unequivocally condemned as the grave sin of usury. In designating it a sin, the philosophers were astute: they rightly grasped that the practice was subversive and that if it spread it would work to the destruction of the fabric of their society. (14)

Capitalism has come to entail state ownership of land and state-sponsored usury. If we were to eliminate usury (as Tucker Carlson has suggested) and property taxes, more people would own land, live off the land, and stay in their local communities. We would have a system more closely resembling subsidiarity than capitalism. We would have stronger families, communities, and piety (a lot of things Levin desires). However, GDP would be extremely low as such an economy is stable and not growing. Or at least, not growing quickly.

The goal of increasing GDP is simply at odds with strong families and private property. For GDP to increase, people need to buy and sell more products and services. People need money to do so, people need jobs to get the money. People need to be mobile in order to fill jobs unless they can work from home. Anything that makes people less mobile and more self-sufficient, will therefore cause GDP to decrease. If I have five acres, a wife, and five children then it will be hard for me to take a job in another state. It would be better for GDP for me to divorce my wife, move for the job, and continue putting money back into the economy. On the other extreme, if I remain with my family, raise my children, and we live off the land then we will contribute virtually nothing to GDP. Anything that tears the family apart and encourages us to live as deracinated individuals will help GDP increase. It will also destroy vocation.

What Levin calls “division of labor,” or specialization, comes from the market, but vocation comes from God. In capitalism, one’s specialty is largely determined by market demand. In traditional society, one finds their vocation by responding to the needs of the place and community in which they are born.

To answer a vocation is to accept one’s place in the created order (or “logos”) and therefore integration and harmony become possible as all parts come to see themselves working toward a common end. As Richard Weaver wrote, “Where men feel that society means station, the highest and the lowest see their endeavors contributing to a common end, and they are in harmony rather than in competition.”

In fact, Richard Weaver believed that division of labor had a tendency to turn men into ethical eunuchs:

The workers are likely not to know what they are producing, and the managers are likely not to care. Division of labor may become so minute that it is impossible for the individual to grasp the ethical implications of his task, even if he were disposed to try. And when we harness this industrial organization to modern political bureaucracy, we get a monster of frightful aspect. Under such arrangement the state not only unmans its citizens but makes criminals of them in addition. (Ideas Have Consequences)

Weaver gives as an example the atomic bomb project at Oak Ridge, Tennessee. Each man performed his own individual task and took it as a point of pride that he had no idea what he and his colleagues were constructing. Had they known they were building a giant tool of death and destruction some would have likely left the project.

In capitalism, specialization will cause a man to break out of the hierarchy to which he is born, to leave his family and folk in order to perform an isolated task in a distant factory, or other such workplace. Traditional society orients men to the heights. Capitalism orients men to other men. We look at what other men are consuming, and we find work making it.

Let us remember that traditional society was organized around king and priest, soldier and poet, peasant and artisan. Now distinctions of vocation fade out, and the new organization, if such it may be termed, is to be around capacities to consume.” (Weaver, Ideas Have Consequences)

Unlike Weaver, Levin believes that traditional society is not yet gone, but has been preserved by traditional institutions:

These other institutions — the family, religion, schools, civic associations, political bodies, and more — teach and habituate us in ways that encourage distinct virtues of their own. They all have their excesses, to be sure. But they also often work to keep one another in check.

Is this really the case? These institutions have not moved the culture, the culture has moved them. The family is crumbling. More people are having transient, sterile relationships to accommodate their careers. The churches are aware of this. In order to keep the pews full, they capitulate on every social teaching. Individuals, couples, and churches are doing what they believe must be done to survive under capitalism. To quote Robert Cardinal Sarah:

The ideology of liberal individualism promotes a mixing that is designed to erode the natural borders of homelands and cultures and leads to a post-national and one-dimensional world where the only things that matter are consumption and production.

If we really want to save traditional society, then I say: “We have heard enough of liberty and the rights of man; it is high time to hear something of the duties of men and the rights of authority.” (Orestes Brownson, quoted in Russell Kirk’s The Conservative Mind)

Levin asks for a conservative defense of capitalism. Capitalism has done a great deal of good, but it is not, inherently, conservative. It doesn’t conserve anything. Levin’s conservatism is a carriage drawn by two horses: capitalism and some kind of generic traditionalism. What he doesn’t realize is that the former has an insatiable appetite and is devouring the later.

Do You Have to be Old to be Conservative?

“Conservatism” and the New EPA