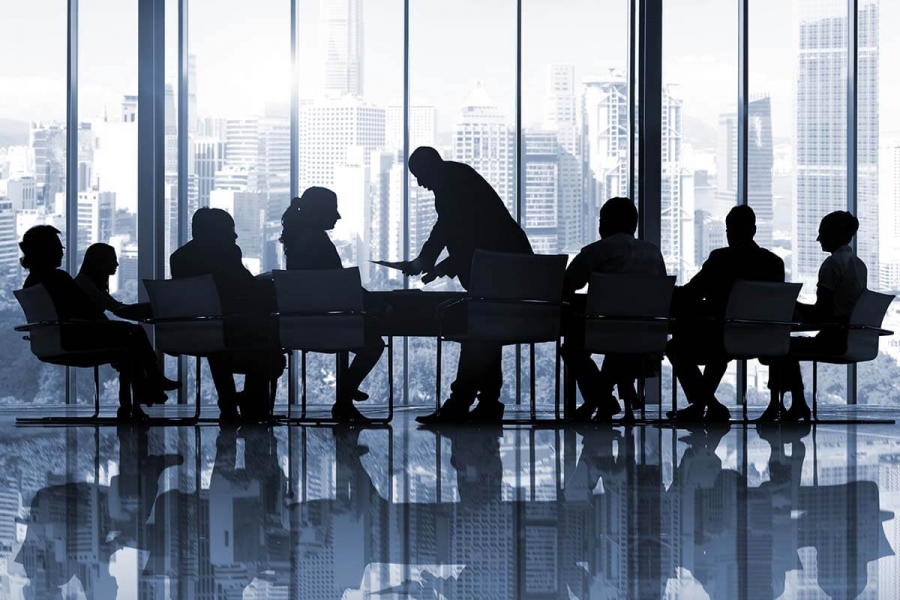 In various institutions I’ve seen poor treatment of friends, cover-ups, blatant lying by leaders (some later confessed they lied), and all manner of dysfunction. I’m one who could be characterized as “institutionally challenged.” What I’ve seen in various Christian organizations, churches, and schools has made me turn down opportunities that would have provided better job security. Since money is not a compelling motivation for me, turning down these opportunities did not seem like much of a sacrifice. It’s also why the occasion to start “my own” non-profit organization was a no-brainer, even with all the attendant risks that go with such a venture.

Yes, I have some good reasons to be skeptical of institutions, even self-consciously Christian ones. My own experiences could easily be augmented by a broader look at our cultural landscape. Many institutions are in crisis. Self-inflicted crises are not uncommon. These disasters are especially disheartening. They occur because those in leadership are not found trustworthy. Lack of integrity among our leaders makes the rest of us skittish about remaining loyal. Sure, people stay in these kinds of places, but dutifully jumping through the requisite hoops is not the same as genuine loyalty. So skepticism toward institutions seems not only warranted, but also wise.

I am not alone in these concerns. Søren Kierkegaard believed that the larger the group of people, the better the possibility “that that which it praises is folly.” He added that not following the crowd makes one “fairly certain that he has laid hold of the right thing.” One of our key founding fathers (there is some debate whether it was Alexander Hamilton or James Madison) wrote in Federalist #55 that even if it were possible to clone the venerable Socrates, and so make up a group with just the likes of him, a formidable problem would remain. The toxicity and groupthink of such an imagined arrangement would still necessitate checks and balances.

Yet a healthy skepticism can too easily become a dangerous cynicism. Cynicism is antithetical to the Christian understanding of hope. It needs to be added that hope is a much bandied about term but is commonly misunderstood. Hope is not a blithe disregard for the harsh realities of living in a fallen world. Gordon Smith reflects on the sage insight of political scientist, Glenn Tinder, “that hope is patient and stresses that we are responsible in history but not for history. History is in God’s hands and in hope we allow him to do his work in his time and choose to live with patience, not with continual frustration or impatience with God or other people.” Others like James K.A. Smith wisely remind us that “because Christian eschatology is a teleology of hope, it will also run counter to cynical political ideologies of despair that reduce our common life to machinations of power and domination.”

Cynicism characterizes the person who believes he has corralled all present and future reality. His arrogant conclusion: all is hopeless. In making such a conclusion the cynic has in essence claimed omniscience. How can any human know with certainty all there is to know along with flawlessly predicting the future? Nary a person is capable, but the cynic has put himself in the place of God. The irony, of course, is that if the cynic truly put himself in the place of God he would have hope because God is the author and sustainer of hope.

Though I have imbibed in the cynic’s posture at times when it comes to institutions, I am keenly aware that it is the playground of the fool. I therefore work hard to be with friends who model a respect for institutions. Some of my friends remain in organizations where they have been treated rather poorly. They are not simply jumping through the prescribed hoops. They are loyal in the best sense of that word. These friends remind me of Obadiah.

Obadiah is not well known, even by Christians. Even though it is part of God’s Word, Obadiah’s eponymous book is rarely read. Even among the so-called “minor prophets,” Obadiah is arguably part of the second tier. Hosea, Joel, Amos, certainly Jonah, Micah and Zechariah are better known.

Obadiah’s friend, Elijah, is very well known. We think of Elijah’s bold confrontation with the wicked King Ahab and his equally sinister wife, Jezebel. Elijah offers us a clear model of dealing with a corrupt institution. For many years, I would have said Elijah’s model was the only proper way of addressing corruption. Obadiah’s example made me change my mind.

Obadiah officially worked for King Ahab, but on the sly he hid one hundred of God’s prophets. The text of I Kings 18 gives no indication that Obadiah was outside God’s will by doing so. Even Elijah does not rebuke Obadiah for this shrewd use of access, and Elijah was never reticent to offer words of correction! Obadiah may officially work for King Ahab, but his loyalty is firmly attached to the King of Kings.

Institutions with leaders like King Ahab would be hard to find, but even in those rare places where they might exist there is the real possibility of serving with honor. Fortunately, most of our institutions are led by people who are nothing like King Ahab. And yet, there remain challenges to navigating the choppy waters of pragmatism (the unprincipled type as Jean Bethke Elshtain once lovingly corrected me), duplicity, deceit, power grabs, and other unsavory dynamics.

For several years I worked in the business world doing what is loosely understood as “executive coaching.” I offered an outside sounding board to business leaders and acted as a tutor for an intensive reading course I developed over the full sweep of American history. Many times I asked Christians in the workplace if they had ever heard a whole sermon on the twin command of Jesus in Matt. 10:16 to be both “shrewd as a serpent and innocent as a dove.” I couldn’t find one person who had ever heard such a sermon. I followed this up by asking business people to give me words that immediately came to mind when they heard the word “shrewd.” Unscrupulous, conniving, underhanded, and deceitful were the common responses. Sometimes a person would add discerning or being street-smart, but negative synonyms for shrewd dominated the descriptions.

In the book of Proverbs, naiveté is deemed to be a moral failing. In other words, if you are easily snookered by ungodly behavior, then there is much one still has to understand about human nature. Discernment, like having a healthy skepticism, need not devolve into untrammeled cynicism. These may be choppy waters to navigate, but one can make one’s way without capsizing spiritually.

I take seriously the concerns of someone like Kierkegaard regarding the negative effects of groups. I do wonder if he had experienced a more vital church in his Danish homeland whether he would have registered as strong a critique.

I am grateful for the healthy churches I’ve seen up close, one of which is a rural church in Texas that I had the privilege to minister at for three years. My temptation, however, to steer clear of involvement with institutions remains a constant struggle. In his brilliant, Sources of the Self, Charles Taylor offers us a devastating critique of Edmund O. Wilson’s “scientism.” In one of his more lively lines, Taylor pegs Wilson as someone “with sublime indifference to inconsistency.” Reading that incisive description made me wonder where I might have my own “sublime indifference to inconsistency.” Perhaps it is in wanting to mature as a Christian without having to expend too much effort hanging out with people who have different interests than me. Perhaps it is in wanting to steer clear of those whose less than stellar social or emotional I.Q. makes interacting with them difficult.

In one of his cheeky comments, Dallas Willard liked to say that one advantage of going to church is that it gives you a great opportunity to love your enemies. Belonging to a local church (and other institutions) affords plenty of opportunities to befriend and encourage those who we are not naturally drawn to hanging out with. This certainly honors God, and as I can attest from experience, provides encouragement in wonderfully unexpected ways.

Richard Mouw says that Ralph Waldo Emerson is one of his “favorite heretics.” Emerson also plays a formative role in my life. Emerson says things that make me wince, but he forces me to better think through why I believe what I believe. I have some sympathy for his brazen breaking away from religious institutions, but it proved to be lethal. And Emerson’s philosophy reverberates to this day, even among my community of so-called evangelicals. Trumpeting a bastardized “freedom” that comes from breaking away from traditions and institutions is a sexy proposition. It lures us with its claims of a new path to freedom, but it eventually leads to cul-de-sacs that stymie the soul.

There’s nothing individualistic in the Emersonian sense about true Christianity. Even a cursory read of Scripture reveals that God calls out a people to be his own. Christians are misguided if they believe crude media and corrupt politicians are the biggest culprits to the Christian faith. Actually, it is individualism supported with a scattershot of misinterpreted Bible verses that does far greater damage. This kind of individualism precludes Christians from meaningful membership in the institution designed by God for our growth: the church.

I continue to struggle with what healthy membership looks like when it comes to institutions, and most importantly, the church. But by God’s grace, this child of parachurch upbringing coupled with a healthy dose of American independence is growing in his appreciation for the institution ordained by God.

A Culture of Millstones