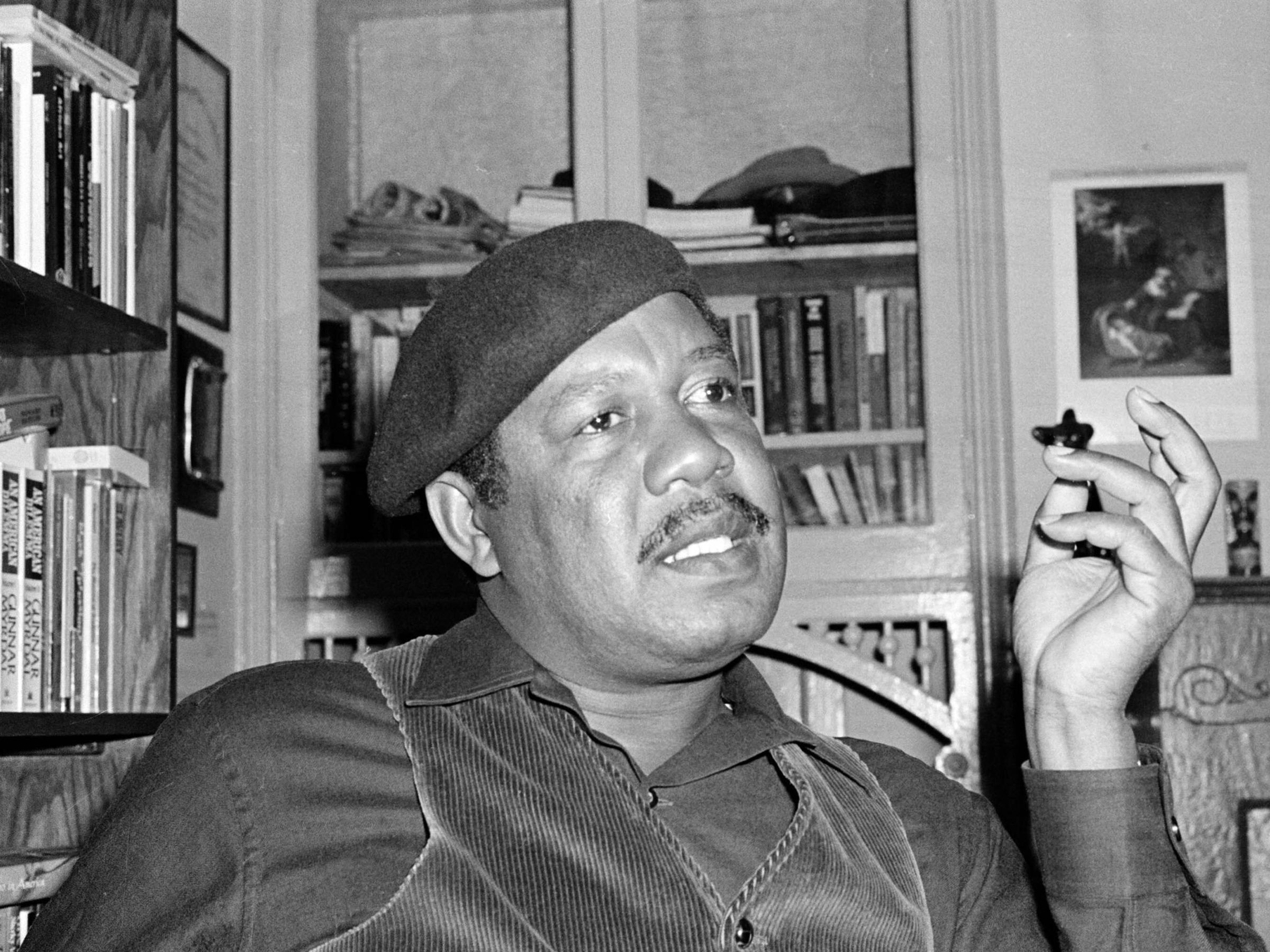 On Tuesday, November 5th, Ernest Gaines, one of the great Southern novelists of the twentieth century, passed away. Gaines had a distinguished and decorated career: his honors include a MacArthur “genius” grant, a National Humanities Medal, and a National Medal of Arts. Oprah Winfrey chose A Lesson Before Dying for her book club. Obituaries have already appeared in the New York Times and elsewhere, and I will not try to recite the details of his biography or survey his many novels and stories. In reflecting on his life and work, I’m struck by how deeply faithful he was to his place in rural Louisiana. Bill Kauffman has written about his return there, and Wendell Berry has said that Gaines responded to the tragedies of his place with “work, hope, and love.” That’s a remarkable legacy. Gaines was a man who knew how to tell a story, and he was a man who knew how stories hold together fragile places.

As a boy, he was cared for by his great-aunt, Augusteen Jefferson, who could not walk. In an interview with Ruth Laney, Gaines describes her and what her example meant to him:

She never walked a day in her life. . . . But her arms were very strong. She’d cook for us—we’d bring the things to the stove for her and set it on a little table in front of her, and she’d mix the things up. She could make bread. . . . She could wash our clothes: she sat on a bench and leaned over the tub and used the washboard. . . . She could sew our clothes. She used to use the sewing machine. She could not use her feet, but she could use her hands—how she ever did this I really don’t know. You know those old things with the pedal down here—she would reach down and do this with her hands, because there was no other way to run it. . . . Besides that, she used to go into the garden to work among her vegetables. . . . Many of my characters have tremendous courage and I think it is basically because of her. She never felt sorry for herself a day in her life.

Gaines didn’t read much as a child, but he received a rich aural education: “I come from a long line of storytellers. I come from a plantation, where people told stories by the fireplace at night, people told stories on the ditch bank. . . . People sat around telling stories. . . . Since Auntie could not go to their place, the old people used to come to ours. They would talk and talk and talk, and I listened to them.” Somewhat like Zora Neal Hurston, Gaines had the opportunity and ability to collect, and later orchestrate, a community’s stories.

When he was fifteen, he moved with his family to Vallejo, CA, where despite living in the projects, he managed to get an education. As he recalls in one interview, “When I left [Louisiana], I left because I had to, because there was no high school nearby for me to go to, and there was definitely no library for me to go to. . . . I had to leave, but I left something I loved.” One of the authors he discovered and learned from in California was Ivan Turgenev, particularly his Fathers and Sons. The Russian novelist wrote about rural life, peasants caught in unjust economic and social systems, and the difficulties of returning to a home you’ve left. In 1958, after leaving the army and finishing his college degree, Gaines won a fellowship to attend Stanford and study writing with Wallace Stegner. While there, he met Wendell Berry.

This is how Gaines remembered his first conversation with Berry:

“Stegner always wanted his students to spend time together outside the workshop,” Gaines said. “So we’d always go out for drinks after class. . . . One night, Wendell came up to me and said, ‘I need to talk to you outside.’ This was the 1950s. When a white guy from Kentucky asks a black guy from Louisiana to step outside, you know what that means. I went out there expecting us to fight, but Wendell said, ‘Hey, man, we’re both Southerners. We’ve got to be friends. We’ve got to stick together.’”

Gaines and Berry certainly didn’t always see eye-to-eye, but their kinship stems from their common experience listening to their rural elders tell stories and thereby shape a membership. In my favorite of Gaines’s novels, A Gathering of Old Men, each of the chapters is narrated by one of fifteen different characters. Originally, Gaines wrote the entire story from the perspective of Lou Dimes, but during the revision process, he revised it into the final multi-voiced form, and this form evokes the polyphonic solidarity the story celebrates. When a white man is killed outside the home of a black man, a group of elderly black men gather with shotguns. And when the sheriff shows up to investigate the murder, each one of the men confesses to the crime. This joint act not only stymies the sheriff; it transforms these browbeaten old men into members of a united, courageous community.

Gaines returned to Louisiana in 1963 and taught for several decades at the University of Louisiana–Lafayette. Twenty years ago, Gaines and his wife Dianne bought some property near the plantation where he had grown up. They moved and restored the small church/school he had attended as a boy, and eventually they purchased the cemetery where generations of slaves had been buried. Even as his writing slowed, Gaines continued to care for this cemetery. In 2010 he told a New York Times reporter his motivation for tending this cemetery: “They had nothing. . . . At least here they each have six foot of ground.”

Perhaps the best way to conclude this brief tribute is with an epistelary poem that Berry wrote to Gaines:

Dear Ernie,
I’ve known you since we were scarcely
more than boys, sitting as guests
at Wallace Stegner’s table, and I have read
everything you have written since then
because I think what you have written
is beautiful and quietly, steadily
brave, in the manner of the best bravery.
I feel in a way closer to your work
than to that of anybody else of our age.
And why is that? I think it’s because
we both knew the talk of old people,
old country people, in summer evenings.
Having worked hard all their lives long
and all the long day, they came out
on the gallery down in your country,
out on the porch or doorstep in mine,
where they would sit at ease in the cool
of evening, and they would talk quietly
of what they had known, of what
they knew. In their rest and quiet talk
there was peace that was almost heavenly,
peace never to be forgotten, never
again quite to be imagined, but peace
above all else that we have longed for.

Men in the Field: The Farming Stories of Leo L. Ward, C.S.C.

A Pastoral Inheritance: James Rebanks and a Tribute to Our Late Cathedral Sacristan