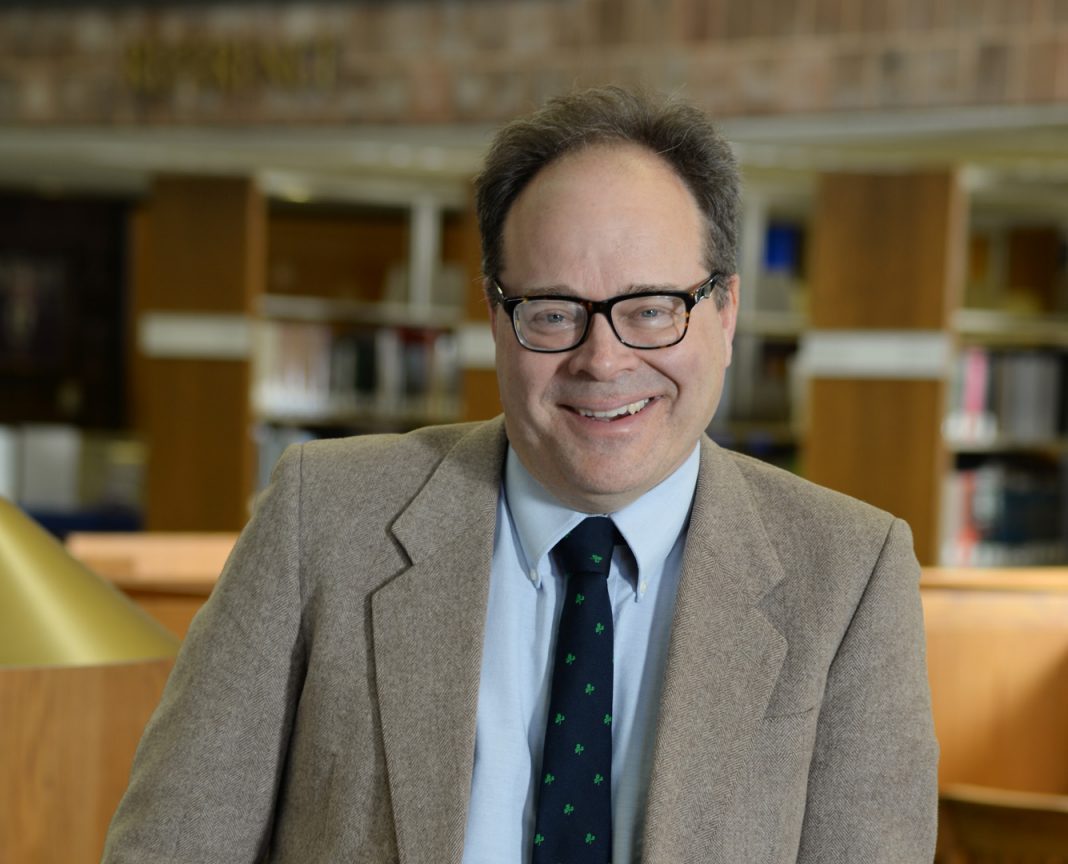 Bill’s contributions to our republic of letters include Dispatches from the Muckdog Gazette, Ain’t My America, Look Homeward, America, and Poetry Night at the Ballpark. Bill’s novel Every Man a King is only slightly less known than Copperhead, his screenplay for Ron Maxwell’s budget-buster film starring the late great easy-riding Peter Fonda.

Escanaba’s Tom Bissell has said that Bill “is one of America’s funniest and wisest writers. Not only can he make anarchism seem lovable, he forces you to reassess everything you believe about American politics and culture. He might even make you change your life.”   Gore Vidal called him a “romantic reactionary, a writer with an odd, energetic optimism.”

Some of us just call him “friend.” (Other words have also been used.) Here are some tributes and well-wishes from the Porch. And be sure to check out Caleb Stegall’s excellent review of Look Homeward, America, first published by ISI and available now over at Nomocracy in Politics.

Bill Kauffman and I were friends for years before we ever met. Even now, some thirty years out, we have probably spent many more hours writing each other than in each other’s presence. That is not a usual recipe for a long friendship, but given Bill’s deep well of social energy it has worked for us, and I suspect for many of his other friends. Bill is a good letter (or now email) writer and good at keeping in touch, from his aerie on the second floor of The House of Springtime Flowers; I’m sure many others would say the same. And there can be a certain clarity of purpose to an epistolary friendship; no point in continuing it unless some alignment of work and outlook makes it worth the effort.

I first worked with Bill in the late 1980s at Chronicles Magazine, when he was a frequent contributor and I was his frequent line editor. He did not require much editing. But Bill has always been full of words, and all the jokes and puns and real-or-surmised history that didn’t make it into the article of the moment generally went into his letters. The editing stopped when I left the magazine, but in the years since we have had other projects in common, often because Bill has been generous enough to invite me into them. And my regular summer drive across the eastern third of the country has meant I have seen Bill in situ and become friends with his excellent wife, the honorable ex-mayor Lucine. I have eaten their egg salad sandwiches, watched their daughter grow up, and walked the Elba graveyard in the dark.

I have as yet to sit in the stands at a Muckdogs game. But then, though Bill is 60, he is not in that graveyard yet.

Bill Kauffman was one of the founders of FPR. When Jeremy Beer and I began compiling a list of people to invite to join the enterprise, Bill was one of the first on the list. In an early email exchange, we were discussing basic principles that ought to govern our editorial approach. Bill offered two pithy bits of advice that I have never forgotten and that we have tried to follow: 1) Aim your fire outward. We don’t want this to become a venue for publicly sniping at each other. 2) No racists.

Bill holds the record as the only person to speak at every one of FPR’s conferences—we’ve done nine so far. I’m always impressed by the obscure bits of trivia—usually about local writers—that Bill takes the time to learn. Bill’s love of local, odd, idiosyncratic people and places is testimony of his on-going quest to highlight the beauty of America.

Bill often bats clean-up for the day. This is partly because no one wants to follow him and partly because we’re confident that people will stick around to hear his talk—it’s not at all clear an audience will stay until the end of the day to hear a Polet, a Mitchell, or a longish fishing story by Peters.

Since we can’t all gather in Batavia to lift a glass and wish Batavia’s resident sage a Happy Birthday, we will have to settle for something far less satisfying—an online tribute. So, Happy Birthday, Bill Kauffman: lover of local places, lover of words, and someone with a permanent rocker on the porch.

In FPR’s group of writers not easily categorized, Bill Kauffman can’t even be categorized as one of them. This is in no small part due to the fact that he seldom writes for FPR. Nonetheless, his writing does show unusual independence of mind and—dare one say it?—courage. From his brave admissions of his, er, shortcomings in his autobiographical Every Man a King to his disastrous Poetry Night at the Ballpark, Bill has willingly shared his failures with his reading public. He throws caution to the wind more than he does a baseball. His highly varied sartorial choices are the stuff of FPR legend, as is his insistence that one should never use a simple word when a complicated one will do. Bill has sent more readers scrambling for dictionaries than Doc Holliday sent cowboys for cover.

Bill has as fine grained a knowledge of, and appreciation for, American life as anyone writing in America today. The devil is in the details, but so are the angels. The whole of America can never be stronger than its parts, and the destruction of some of the parts to the supposed well-being of others has been the target of Bill’s rage. Bill’s a pacifist and doesn’t believe that sacrificing individual places and the happiness of their members on the altar of progress can ever be justified. There is no Reason capacious enough to include such suffering.

But he’s not a tragedian. Anyone who reads Bill’s more dyspeptic writing might assume he’s a sourpuss, but he has the joy of a person who defends something real, for joy comes from love. In a world of humorless and joyless ideologues, Bill can remain steadfast knowing that it’s laughter that always comes last, and he’s content to have his, even if turning 60 is a reminder that the last laugh is never ours.

I had planned to mark Bill Kauffman’s 60th birthday by contributing a bizarre piece about how I had first met Bill over a sumptuous lunch at his club in New York City. The words charcuterie, cravat, and manicure were going to figure prominently in this fake reminiscence, which I could imagine Bill reading with his distinctive shoulder-shrugging laughter.

But then I realized this act of smart-assery would keep me from saying what I thought most needed to be said: namely, that Dispatches from the Muckdog Gazette is the finest localist book ever written, and one of the most moving and inspiring books, period, of the last generation. That America First! and With Good Intentions are deeply important works of contrarian history. That Luther Martin punctures Constitution worship with amusing effectiveness. That Look Homeward, America, which played a huge role in launching FPR, was probably the book I was most proud of publishing at ISI Books (not to mention the one that got me in the most trouble). That Every Man a King is a gripping if shockingly graphic novel. And, in the end, that I have never read anyone who is so consistently original, insightful, surprising, challenging—and freaking right on the money—as Bill Kauffman.

If America is still great, it is only because she is still capable of nurturing men in full like him. Many happy returns, Bill. I look forward to our next minor-league baseball game.

If you’ve been to an FPR conference—and I hope you have—you have witnessed Bill Kauffman’s wit, erudition, and half-tucked-in blue button-down shirt.  If you’ve been a reader of these “pages” and of the 10-plus books that Bill has written, you’ve witnessed even more wit and erudition.  If I forebear mentioning the range of people who approve of Bill—which, being as wide as the Sargasso sea, is a testament to his appeal and versatility as a writer and speaker—I will admit that I myself have been known to speak a begrudging word or two in Bill’s favor.

For example: no one can recycle a speech like Bill Kauffman.

But here’s the truth:  Bill is the best chrome-domed guy I know.  On this day I rub my fully foliated head and raise a glass of local beer to Bill Kauffman, champion of localists and the best goddamned one of them that this great broken hopeful republic has yet produced.

Bill, my friend, being a little younger, hairier, and less disreputable than you is making me feel magnanimous today, so I wish you a happy, then a silly, then a somnambulant 60th. And just in case I’m not around for your 70th and all the additional good you will have done in that extra decade, let me wish you a happy threescore year and ten right now while I’m at it. Go Muckdogs!

A Call to Arms

Blond, Kauffman, and Beer in the Latest TAC