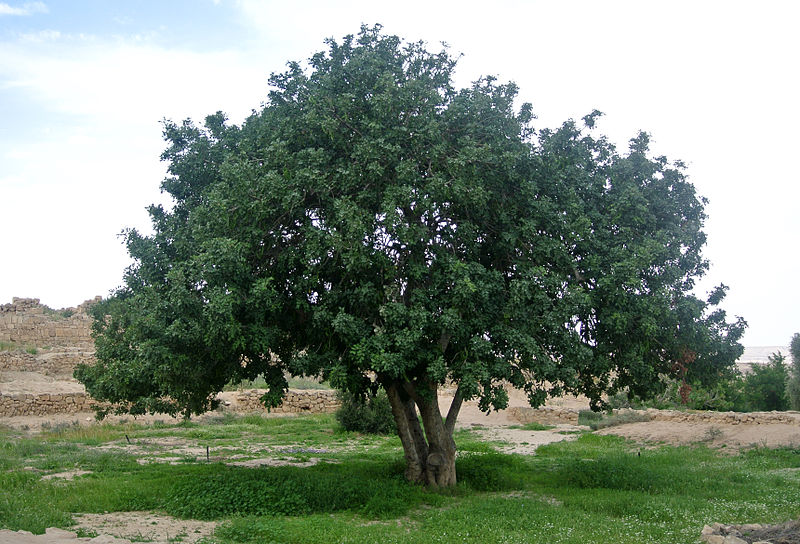 Each year, with the coming of Advent, I become like a Hebrew prophet of antiquity who can his hold tongue no longer. For within me doth burn a great truth that I must reveal to believer and unbeliever alike. It involves an oft-repeated detail of Christian history that we in the West only half understand. Specifically, the eating habits of one John the Baptist.

John’s earthly mission, should it bear repeating, was to proclaim the coming of a Messiah who turned out to be his cousin, Jesus of Nazareth. John called for widespread repentance and baptized his followers, including Jesus himself, in the Jordan River. John’s travels often took him into the rocky hills and badlands of the Judean Desert, now part of Israel. It was ideal terrain for a self-styled preacher and ascetic who often locked horns with civil and religious authorities. By all accounts, John was a woolly and unvarnished character. This Gospel passage — which most mainline Christian churches read on the second of the four Advent Sundays that precede Christmas — makes John come across as semi-feral: “John wore clothing made of camel’s hair and had a leather belt around his waist. His food was locusts and wild honey.” (Matthew, 3:4)

While John’s hirsute wardrobe sounds plausible enough, it’s the reference to eating locusts that remains problematic. When I first heard this verse as a kid growing up Catholic in Florida, I couldn’t imagine anything more revolting. We had Eastern Lubber grasshoppers down there (Romalea microptera). They were black, yellow, and red; horrid things, some four inches long, that clung with monstrous intent to the window screens. And to hear my Catechism teacher tell it, John the Baptist would dunk these things in honey for breakfast? That disturbed me more than the hairy-legged nun who I once saw order a plain McDonald’s hamburger (no ketchup, mustard, onions or pickle — just a super-sized helping of self-denial).

It wasn’t until decades later, while reading “Tree Crops,” a classic horticultural work by Joseph Russell Smith, that I stumbled upon a fuller explanation.

First of all, it’s likely that John the Baptist really did eat locusts. They were, in fact, the only insects that met the kosher dietary requirements of Jews, and later, the Halal dietary requirements of Muslims. Locusts were, and still are, a nutritious food source eaten across Africa, Asia, and Central America. High in fatty acids and minerals, their dried weight contains up to 62 percent protein. Locusts can be pickled, dried, smoked, boiled, roasted, grilled, stir fried – basically, whatever the cook deems necessary to lessen their colossal ick factor.

Yet for North Americans and Europeans, there’s an untold story about locusts that’s been overlooked in the Bible’s English translation. Namely, that the other locusts John the Baptist ate were likely the seed pods that grow on the locust tree. The six-inch pods contain leguminous (bean-like) seeds. Around the Mediterranean basin, the tree goes by many names: locust, carob, carob bean, sugar pod – and, drum roll please – St. John’s bread (Ceratonia siliqua). Apparently, they’ve known all along.

The beans inside the locust pods can be dried and roasted to make carob, a caffeine-free chocolate substitute. The next time you eat yogurt, read the label. There’s a good chance it includes locust bean gum, a thickener derived from the crushed beans. In arid lands with scant pasture, the high-protein beans have long been an important fodder for livestock.

In times of famine and strife, locust beans can also provide emergency rations for humans. Residents of Malta ate them during World War II, when the besieged island nation became the most bombed place on earth. And, as we read in the Gospel of Luke, it appears that the Prodigal Son would’ve happily joined them. In Jesus’ telling, the young man in the parable was a half-starved wastrel who hired out as a farm hand after he blew his inheritance on drink and prostitutes: “He longed to fill his stomach with the pods (italics mine) that the pigs were eating, but no one gave him anything.” (Luke 15-16). As Jesus suggests, someone that hungry would’ve gladly chowed down on locusts, Paleo style, sans the honey or lemon grass stir-fry.

Locust trees are also native to North America, although they come from a different botanical family than the Mediterranean kind. In rich Midwestern soils, honey locusts (Gleditisia triacanthos L) can reach heights of 60-70 feet, as they do in a grove near my home. In summer, their lacy, fern-like foliage casts a shade that’s cool, but nicely mottled. The locust’s almond-sized leaves can be easily swept and won’t clog storm drains, which makes nursery-bred locusts popular in cities.

There’s one trait, though, that tame varieties of locusts have had bred out of them: their formidable thorns. And for good reason. For these aren’t the tolerable little thorns you’ll find on a rose bush or raspberry cane. Oh no. The three-inch pig stickers on a wild Midwestern honey locust feel as stout and sharp as a mini-bayonet. There are three by my writing chair and each time I mess with one (like just now!) I manage to stab myself.

For me, their fierce animosity presents an evolutionary puzzle. Why would a large, graceful tree need such a hostile defense? What’s it afraid of? It’s got bark as thick as a red oak or sugar maple. Shouldn’t that be body armor enough? No resident raccoon, possum, or even bear could cause a honey locust much harm. One argument I’ve heard is that locust thorns once served as protection against giant tree sloths, saber-tooted cats, and other toothsome, long-clawed beasts that disappeared after the Ice Age 12,000 years ago.

Perhaps locusts will eventually get the memo and morph into something less prickly. Until then, their over-the-top nasty thorns seem more offensive than defensive — more for gratuitous harm, in the way of fallen humanity, than for natural resistance. In this respect, they pose a question that’s as much theological as biological: Could it be that even trees need a process of rebirth to perfect what evolution began? When St. Paul talks about “all creation groaning as in the pains of childbirth” as it awaits redemption (Romans 8:22), it does sound like the misanthropic locust fits the bill.

For now, I’m content with the locust seed pods we collected on our walk. They’ll winter in the barn and come spring, should sprout into seedlings that will serve as an Alpha to Omega remembrance. Their brown, leathery pods will recall the wilderness sojourn of John, who foretold the coming of a carpenter-king born to serve the poor and the oppressed. Their lacy foliage will remind me of Palm Sunday hosannas, and the fickle nature of public acclaim that turned murderous by Good Friday afternoon. While there are other trees in that story – the accursed fig, the sycamore where little Zacchaeus perched – it’s the thorny crown and life-giving bread of a locust that may embody it best. It’s a rare symbol of Christmas and Easter as one.