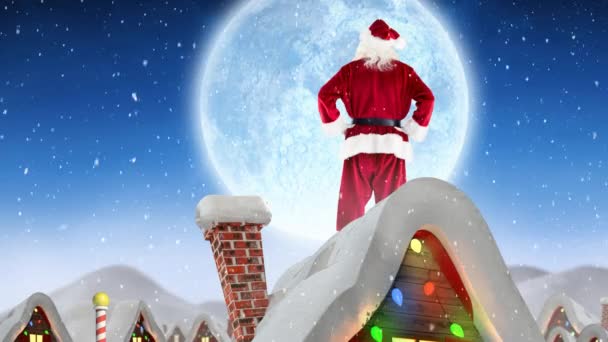 Like many fortunate Americans, I have fond memories of all my childhood Christmastimes. Each season commenced with the family trip to cut our own white pine from the tree farm. (My parents, both graduates of New York State’s College of Environmental Science and Forestry, would sooner erect an aluminum pole than an artificial tree.) After finding two or three candidates, we would spend a few minutes debating the merits of each. (This was probably a benign ruse to teach my sister and me about building consensus.) When we reached a decision, then came the great excitement of holding the trunk in place while Dad sawed it from its base. As a group of four, we carried our prize to the bagging platform, allowed the hired teenagers to wrap it in mesh, and strapped it to the roof of our minivan for the winding ride home.

Many more reflections of that season spring easily to my mind: learning to find and fix burnt-out bulbs on plastic strings of lights; seeing red-and-white wax paper over the parking meters outside of Long Island variety stores; claiming my square foot of Grandma’s living room carpet among her nineteen other sugared-up grandchildren, most of whom, myself included, were intent not so much on the forthcoming toys as on the wrapping paper war that would inevitably follow. And of course, there were those mysterious additional touches in church: the purple vestments on the priest; the lighting of the Advent candles; the strangeness of emerging from afternoon Mass into the pitch blackness of the approaching solstice. In bed and with the lights out, I could see the glow of the outdoor parish tree from my window.

One experience that was somewhat more moderated was my proximity to Santa Claus. This was not by my parents’ design; I was simply far too shy to sit on the lap of any stranger, let alone one whose face was mostly obscured. However, I was just like other children in my eager anticipation of Christmas Eve, when that same stranger would slide down the chimney to leave me piles of “loot” (as termed by Bill Watterson, who understands the moral avenues of American Christmas better than perhaps anybody). I also knew that when I awoke in the morning, it would be Baby Jesus’ birthday. The birth of Christ and the arrival of Santa Claus coincided so tightly that one without the other was unimaginable, as if every year Saint Nick brought the Holy Infant in the “bundle of toys he had flung on his back.”

Only as an adult have I become aware of the deeper parallels between how American children learn about Santa Claus and Jesus Christ. Each is taught through representation, ritual, and retributive morality. In artistic representation, the red-suited, jolly old Saint Nicholas is just as recognizable as the stripped, crucified, eternally thirty-three year-old Jesus. Just as the ritual of encountering Jesus at Mass or worship service takes more or less similar forms across various Christian churches, there is also a common commercial ritual to encountering Santa at a mall, parade, or other function, and standing in line to sit on his lap.

Most importantly to this argument is the retributive morality that is central to the way many of us were first introduced to Santa Claus and God. By “retributive morality,” I mean a system of ethics in which moral actions are directly rewarded or punished by God, or by any supernatural being like Santa Claus, in a material and predictable way. Though its centrality to the faith is debatable, the ingredients of retributive morality are present in much of Christian scripture and teaching. An especially clear example can be found in the book of Leviticus, which was an essential part of the doctrine of the Hebrew culture into which Jesus of Nazareth was born:

If you live in accordance with my precepts and are careful to observe my commandments, I will give you rain in due season, so that the land will bear its crops, and the trees their fruit. . . . You will have food to eat in abundance, so that you may dwell securely in your land. . . . I will look with favor upon you. . . . Ever present in your midst, I will be your God, and you will be my people. . . . But if you do not heed me and do not keep all these commandments, if you reject my precepts and spurn my decrees, refusing to obey all my commandments and breaking my covenant, then I, in turn, will give you your deserts. (Leviticus 26:3-16)

This passage, if relayed without the context of the stringency the Hebrews needed even to survive in the wilderness of their Exodus, implies a quid-pro-quo transaction in which human action is weighted with the consequence of God’s reaction. This is echoed logically in the 1934 classic song, “Santa Claus Is Coming To Town”: “He sees you when you’re sleeping, / He knows when you’re awake, / He knows when you’ve been bad or good, / So be good for goodness’ sake.” Bad and good, to the emergent morality of a child who has not yet had time to understand the long-term consequences of actions, might thus be defined by what ends up in the Christmas stocking.

We are taught that God and Santa are both “ever present in [our] midst,” even when we cannot sense them. Yet around eight years of age, most children “start to understand the reality of Santa Claus”; that is, that he does not exist as such, and that their parents are taking part in a culture-wide performance for the younger generation. This occurs before the developmental stage during which prayer can be “understood as a private and personal experience of communion with God.” The result is that before most children have the chance to encounter God in terms they can own for themselves, they have already discarded one invisible arbiter of morality as a societal ruse to get them to behave. Why not discard another?

Generational tension further exposes Santa’s insufficiency as sacred arbiter. Certainly his roots are ancient, if similar characters in many European cultures are any evidence. Today, however, he has frozen in his 1950s iteration, smack in the middle of the Baby Boom. To illustrate, that same decade gave birth to nine of the twenty most-played Christmas songs on American radio waves between 2000-2009 (when Millennials were coming of age), seven more of these twenty were released in the 1940s, and none was released after 1979. Now at the close of our current decade, we find ourselves witness to a cultural impasse between these same Baby Boomers and their Millennial children. The latter accuse their parents of imposing the standards of their adolescence on a political and economic landscape that has changed categorically (hence, “OK Boomer”). Baby Boomers wanted to gift their children with all the best parts of their own childhood, but the children are rejecting these secondhand gifts as outdated and nostalgic. And if the Christmas myths are part of this generational baggage, they too can be rejected en masse.

The lesson here is that children resist compartmentalizing the fictionality of the narratives we teach them, and will likewise associate parallel morals between religious narratives and sentimental fables. And well they should! It is not clear to me whether the virtues modeled in Santa Claus outweigh the vices inherent in the shopping season or the simplistic morality embedded in his stories.

Most likely the best way to pass on meaningful traditions is to do so with greater care and nuance, unfolding both the beautiful and ugly truths to our children as they mature. There is value in tradition married to personal context. Simplistic judgments and superficial glitz, however, do not pass on well. Lessons embedded in lived experience, especially the sights and sounds of the season, last longer. A good starting point would be to imitate the original St. Nicholas and give alms to the poor. It may be that only in coming face to face with a world where gifts are truly needed can children discover the Earth as authored by something—or someone—greater than their parents can buy.