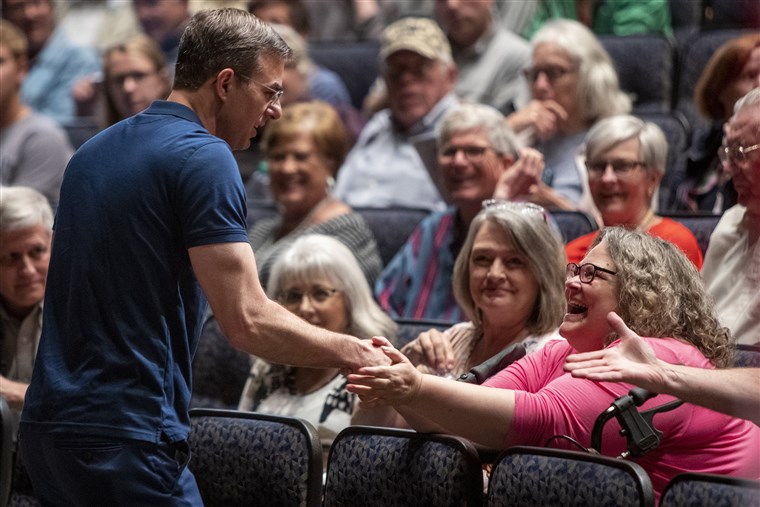 Lubbock, TX. One month ago, the Senate concluded the impeachment trial of President Donald Trump.  The process was almost purely partisan: Republicans, who control the Senate, stymied Democrats’ attempts to secure the required two-thirds majority.  All except one, that is: Senator Mitt Romney (R-UT).  Motivated by his faith and political principles, Romney courageously stood up to the rest of his party.

Interestingly, Romney is not the first elected Republican to try to hold the president accountable.  But unlike Romney, this individual serves in the House.  Justin Amash (I-MI), who represents his state’s third district in Congress, drew a firestorm of criticism in May 2019 when he announced his belief, following the release of the Mueller Report, that Trump had engaged in impeachable conduct.  The ensuing fallout prompted him to leave the Republican party, declaring himself an Independent on July 4, 2019.  His principled stand may end up costing him his seat in November.

Amash is an interesting figure for several reasons.  First, he is a staunch constitutionalist, which puts him in rare company among politicians: he actually believes the US Constitution means what it says. Second, Amash is open about how his Christianity influences his politics.  One such influence bears singling out, because it is something we sorely need in our public life today: love.

Love in politics?  Especially in times as polarized as these, the notion seems absurd.  But Amash insists that love has a role to play in politics, and he is right to do so.  To see why, we need to understand what it means to love.

In the Christian tradition, love is not an emotion.  Love is an action: a devotion of the will to the good of others.  Unlike the various emotion-centered conceptions of love embraced by the culture today, love is not something you feel; love is something you do, and do purposefully.  This is why the commandment that we love our enemies is deeply profound: true love refuses to permit something so trivial as personal enmity to inhibit its practice.

So how do we bring love into politics?  One way is to refuse to dehumanize your political opponents.  Even the opposition must be treated charitably.  If this sounds trite, try the following: think of a particularly odious political position.  Now imagine that position became a part of your rival party’s platform.  Is your default response to persuade them, or to crush them?  I think we know which is more common, by far.

Another way is to try, everywhere you can, to lower the stakes of politics.  Part of the reason our public life has become so bellicose is because politics is becoming a winner-takes-all affair.  Love is buttressed by humility and restraint; these last two virtues are hard to practice a world where anything and everything is political.  If you perceive your political rivals’ power as an existential threat, it is incredibly difficult to treat them lovingly.

Love is not sufficient to revitalize our political affairs.  Prudence remains a non-negotiable virtue for citizens and statesmen alike.  But love is still necessary.  Without it, we have no reason to treat politics as a common enterprise for the good of all.  It becomes instead an instrument of self-aggrandizement.  Whatever Amash’s fate in November, we salute him for carrying the banner of love in politics.

The Strange Lament of a Bohemian Conservative

Liberty or Empire? Reconsidering the Articles of Confederation