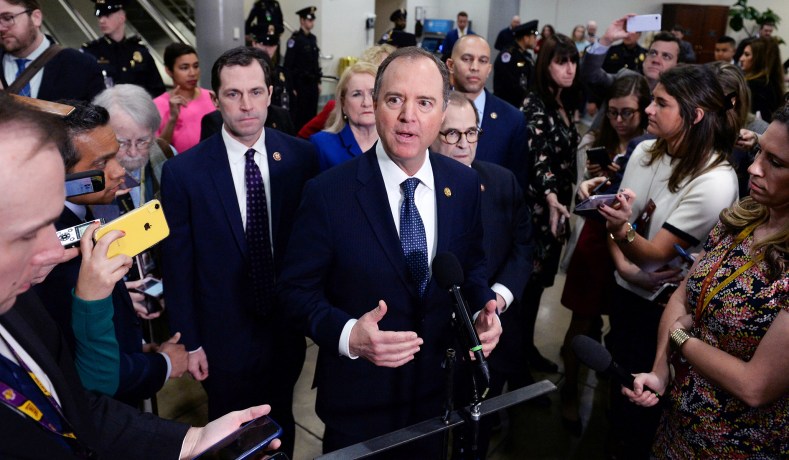 New York, NY. The Trump impeachment may have concluded with its predictable whimper, but that whimper’s still more faint dying echoes keep dribbling on, hoping to catch a fortunate bounce and take flight. Some Democrats are gingerly testing the waters for Trump impeachment, round two, Trump is still hot about Biden and his son’s alleged corruption, with the President’s sometime consigliere Rudy Giuliani (along with other Republicans) building his case against the Bidens, even as the Feds are building their own case against Giuliani. And while the number of active investigations into all-things-Trump might no longer be all 30 the New York Times was tracking back in September, a fair number of those are still going strong, and now, the New York Times is trying to drum up yet another Trump controversy involving his dealings with Deutsche Bank. Here’s a thought: might it not be high time to take account of the amateurishly bad level of play all around, sweep the pieces off the board and declare a universal stalemate?

My list, it should be plain to see, is non-ideological and non-partisan. Nor is it comprised of items which I believe to involve instances of perfectly above-board behavior. In multiple cases here, the behavior at issue — where what is alleged is or was true — is at best questionable and at worst deplorable and criminal.

So why am I against all these impeachments, investigations and inquiries? It is because in every one of these instances, the ultimate goal, far outweighing any truly high-minded purpose, is a transparently ignoble and partisan one: it is to “get” someone from the “other” side. Year-in and year-out, of late with increasing frequency, the nation is thrust into yet another demeaning hog fight. Many millions of dollars that might have been spent on fixing healthcare, rebuilding infrastructure or any number of pressing issues of public concern are frittered away on the pursuit of these political vendettas. Worse still, the attention of citizens, pundits, and politicians is diverted from substantive questions the resolution of which could improve people’s lives and channeled instead into the repetitive cross-blather of talking heads airing and analyzing hourly doses of “breaking news” that consist of minor elaborations on familiar themes and which will be long-forgotten in a few weeks’ time. At the end, after many months of hand-wringing and breathless hysteria, we are left with nothing having been accomplished other than the corporate media’s bottom line padded at the cost of a worn-out nation and aggrieved parties on all sides bursting over with stored-up vengeance they must put a lid on until we are ready for the next go-round. These are the fruits of a politics of heedless blind rage, in which, in Yeats’ famous lines, “The best lack all conviction, while the worst / Are full of passionate intensity.”

There comes a point, of course, when the conduct of politicians, officials, or nominees for office goes too far and endangers us all. There comes a time when a genuine concern for integrity and public welfare must rise to the fore and override misgivings of the sort I have outlined. Then, the prosecutorial machinery needs to be cranked up in earnest, and expressions of outrage should justly be heard. There is a reason, however, that the Framers spoke of “high crimes and misdemeanors” in setting forth the standard for impeachment. Conduct that is sufficiently outrageous to merit impeachment, high-profile investigations and the like is conduct that outrages nearly everyone, not just those with a “(D)” or just those with an “(R)” displayed after their names.

The reason that the Clinton impeachment and Trump impeachment failed to change very many hearts and minds but succeeded spectacularly in eroding public trust (with over 65% of Americans feeling their trust in public institutions collapsing as a result of the Trump impeachment) and turning so many Americans against the politicians perpetrating these misuses of our time and resources is precisely that there was no general consensus sufficient to shock our collective conscience. Many people felt that both of these guys had done things that were unappealing and demeaning to the office of the Presidency … but not more than that. Many of us understood that the real motivation for going after these Presidents — and the other public figures I have listed above — was that the other side just really, really hated their guts. Sorry to say, that wasn’t and shouldn’t ever be enough. Let me try to put this in simpler terms: if voters are split, you must acquit; if it’s a reach, don’t impeach.

While the question of whether Trump has learned his lesson (answer: no) has certainly been asked, the more important question we should all be asking is whether all the have-been, still-are and would-be impeachers, investigators, inquisitors, prosecutors and persecutors have learned their lesson by now? If not, let me try to make it perfectly clear: Stop wasting our time; we don’t care! The next time you cry Wolf!, there’d better be a real, live, big, bad, yellow-eyed beast (and not just you guys engaging in cosplay in the role of a huffing and puffing green-eyed monster) on our doorstep. Otherwise, it’s time to get back to the hard everyday grunt work of tending the herd and keeping up the pasture. And if you can’t do that, next chance we get, we’ll find ourselves some new shepherds who will.