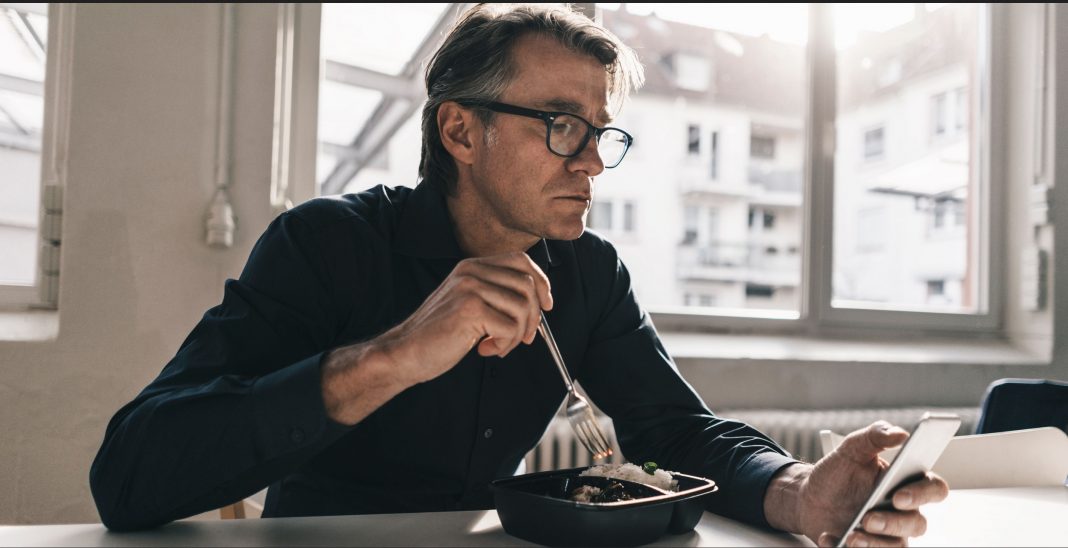 Lancaster, SC. The economic, societal, and health insecurity sparked by the coronavirus shines renewed light on the family. Thanks to stay-at-home orders across the country, hectic, fragmented lives have been re-constituted around the home—at least for the moment. While fraught with challenges, this home-centered hiatus provides an ideal opportunity for historical reflection and reconsideration of the family’s place in society.

Reflections on the Past: The Individual Freed from the Family

COVID-19 social distancing (which might better be called physical distancing as you can still be social at six feet apart), is especially hard on those living alone. Countless single, urban young people with no families of their own, have gone home to stay with parents during the quarantine, while the isolation of the elderly has intensified. In what historically were the joyous beginnings and satisfying conclusions of family life, we now find people on both ends of the adult age spectrum alone, yearning for the families that could have been.

In large part, this type of wide-spread living alone is a new experience for humanity, as until the 20th century only one percent of the world population lived in one-person households. As historian Jill Lepore explains in her recent New Yorker piece, “that figure began rising around 1910, driven by urbanization, the decline of live-in servants, a declining birth rate, and the replacement of the traditional, multigenerational family with the nuclear family.” In How the West Really Lost God, Mary Eberstadt argues similarly that the Industrial Revolution and urbanization mark

the break between the past and the present. Like no single force before it, the Industrial Revolution also contributed to family decline, upending families across the world as wage earners from the countryside left for cities to find work. . . . Western people started having smaller families and more chaotic families on account of their move to the cities. (114-15, 168)

As the advancements of industrial life penetrated deeper into society and into the modern psyche throughout the 20th century, even the possibilities of family-centered economic arrangements dwindled. Models where much of a family’s economic and educational productivity was generated in the home and on the farm, with all members contributing, lost viability as society increasingly encouraged people to choose individual careers and chart their own paths.

The shift towards the individual accelerated during the second half of the 20th century, picking up pace most rapidly in that decade of change, the Sixties. Lepore continues, “Beginning in the nineteen-sixties, the percentage of single-person households grew at a much steeper rate, driven by a high divorce rate, a still-falling birth rate, and longer lifespans overall [as] . . . the old began to reside alone.” Eberstadt connects more dots along this trajectory:

The Pill and its associated movement, the sexual revolution, contributed to the weakening of family bonds as no other single technological force in history—which explains as no other single factor why the 1960s are the linchpin of change. . . . In sum it was the sexual revolution, then as now, that does most to weaken the family. . . . Institutional substitutes for the family, from day care in early life to nursing home care at the end, have syncopated and interrupted the familial rhythms of birth and dependence and death as never before in history. (135-136, 169)

Recent statistics further confirm Lepore’s and Eberstadt’s claims as over a quarter of Americans live alone. Perhaps not surprisingly, Washington, DC tops the nation by almost fifteen percentage points in this category, with over 45% of the households in America’s capital occupied by a single person. As an age group, Millennials are leading this trend, with roughly six in ten living alone.

Reconsiderations for the Future: The Family is More Freeing than Autonomy

For several years now, demographers, sociologists, and cultural commentators have shown keen interest in what these familial trends in modern societies may mean for the future. Top-heavy population pyramids and sexual revolution ethics have created a world order previously unimagined, and in such an environment, the coronavirus pandemic uncovers inherent challenges for individualist societies that prize personal autonomy so highly.

The lengthy drift from family to individual as the primary social unit carries an alluring promise of autonomy and individualism which sounds so good, so freeing, but it comes up lacking in times of crisis as is evident right now. Mary Eberstadt suggested as much in 2013: “One need not imagine a full-scale crisis to see how the pressures of a shrinking and aging Western population might force a new consideration of the family” (183). Or take sociologist David Popenoe’s remarks in 1988: “the importance of [the] family . . . becomes clear when we consider what might happen if modern societies ever again fall into a serious economic depression.”

While the long term economic effects of COVID-19 remain to be seen, this certainly is a moment to reconsider the goods that families provide. The words of anthropologist Stanley Kurtz from 2005 also look prophetic: “In such an atmosphere, a new set of social values could emerge along with a fundamentally new calculation of personal interest . . . as a new appreciation for the benefits of marriage and parenting might emerge.”

Rethinking our ingrained, autonomous individualism is a daunting task, but signs of an alternative are surfacing during the quarantine. Consider some of the many snippets of family-generated productivity and pleasures during the quarantine: from masks and face shields designed and made at home, to families baking—and breaking—bread together again. These examples aren’t freeing in the sense of untethering individuals from responsibility and commitment, but they free individuals from the vulnerability and loneliness of isolation and provide them opportunities to make meaningful contributions to a family and community. And herein lies the irony: autonomy enslaves one to the self, while the family liberates one to love one another and one’s self. Embracing the external ordering of the natural family is hard work indeed, but such work carries with it deeper freedom and purpose. As Eberstadt rightly acknowledges,

compared to any egalitarian ideal, the family is indeed an intrinsically unfair institution, with authority and responsibility and labor unevenly distributed among generations. The family is also, at least for parents, the hardest work many humans will ever undertake, with relentless decision making and seeming nonstop obligations . . . the family does not put individualism first. (206)

Matthew Crawford unpacks this concept of the freedom of limits more broadly in his excellent book, The World Beyond Your Head, paradoxically calling it “empowerment through submission.” The experiences of life within the family structure foster human freedom in ways that self-referential absolute autonomy cannot. As Crawford concludes, “human agency . . . arises only within concrete limits” (128). Crawford provides several examples to make his point, including music. Without submitting to the external order and authoritative structure of scales, notes, time signatures, musical notation, etc., one cannot play music in any meaningful way at all. Freedom is not found in abolishing the rules, but in creatively working within them. As Crawford states, “the musician’s power of expression is founded upon prior obedience.”

Coronavirus quarantine measures have caused many Americans to come home. Working from home, schooling at home, and just being at home give brief glimpses of what a home-centered life could be like. And while there is no place to hide from human brokenness and failures in the close quarters of the family, there is also salve for the wounds present there in the bonds of blood and self-giving love. Perhaps we have been given a moment to learn what Wendell Berry suggested nearly thirty years ago when he wrote, “a young person, coming of age in a healthy household and community, will understand her or his life in terms of membership and service.” The family is the primary place for such lessons to be learned. It’s unfortunate that it takes a pandemic to re-learn something so foundational to human flourishing.

Looking Back to Oscar Charleston and Forward to a Strange Baseball...

What’s in a Name?