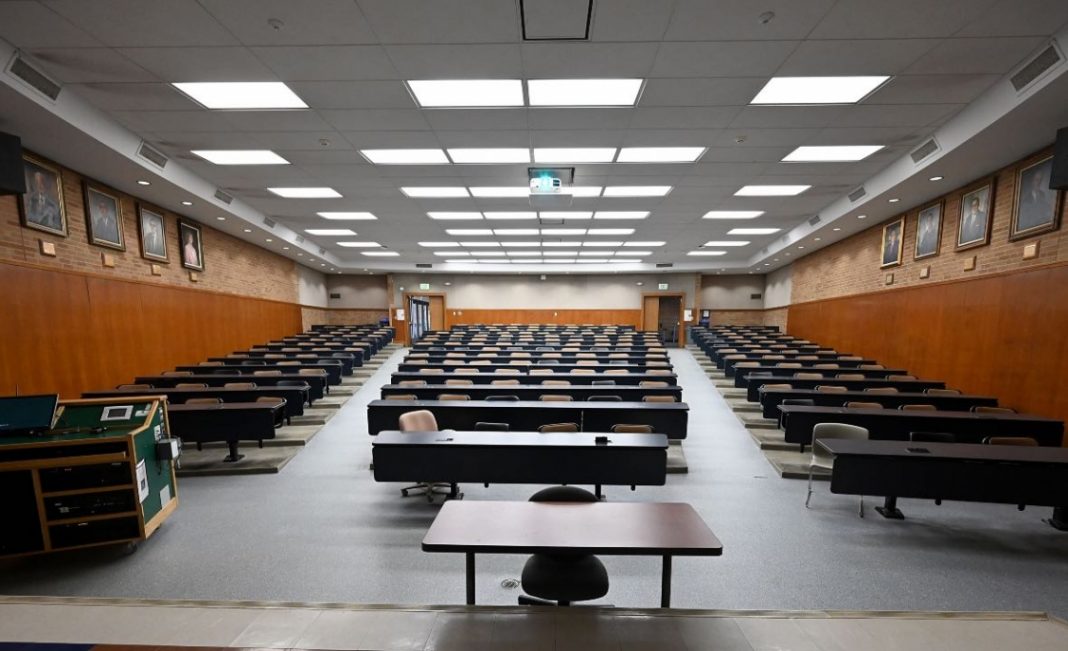 New York, NY. In the world of higher education, there has been much speculation about the effects that the COVID-19 crisis will have on enrollments in the fall. Economic uncertainty and fear of disease could cause evicted undergraduates not to return to campus. High school graduates, meanwhile, might choose not to enroll at all. Universities are afraid that students will stay home or transfer to a local institution—but maybe that wouldn’t be such a bad outcome.

Recent surveys don’t forebode disaster for universities. Inside Higher Ed summarizes several surveys of graduating high schoolers which indicate that, while the current crisis is affecting the finances of many prospective students, a majority also remain optimistic that they will enroll as planned.

Still, students are stressed. As the coronavirus spreads, fewer high schoolers are confident in their ability to pay for college, and about 17 percent don’t think they can afford it at all—up from 11 percent before the virus. Moreover, a survey of current college students found that 18 percent are now considering transferring or deferring their fall semester.

17 percent of high school seniors and 18 percent of undergraduates are hardly majorities, but the uptick in uncertainty is significant and could grow as shutdowns drag on. With 18.2 million students enrolled in college in the fall of 2019, even a 5 percent enrollment decrease would mean nearly 1 million fewer students. What will those students do?

At Forbes, one writer speculates that this crisis could work to the benefit of community colleges and more affordable, regional institutions. With urban areas that host many prestigious universities seeing higher numbers of COVID-19 infections, and with their finances strained by the pandemic’s economic fallout, parents and students may prefer local institutions and small-town colleges. A student who stays home and attends the college across town is less likely to get sick and is a good deal easier on the wallet.

That could be a boon for some communities. Tragic as the virus has been, the nationwide shutdowns have already had some unexpectedly positive consequences at the local level. At The Federalist, John Davidson writes of seeing his neighborhood, normally empty during school and work hours, filled with people in a return to the social landscape of an earlier era. Neighbors converse on front porches and check in on the elderly while children play together on the sidewalk. As city centers shut down, some neighborhoods are reviving.

Among those who find themselves suddenly at home are the nation’s college students and high schoolers. At the same time, their families are facing financial strains that could prevent them from paying for their adult children’s tuition, room, and board. Consequently, some students may be forced to seek work in their hometowns and to continue, or begin, their education at a local college instead of a distant university. Community and regional colleges—which often offer a less politicized education than their elite equivalents—may benefit at the expense of more prestigious institutions. Our cultural compulsion to send young men and women to the best possible university, however distant from home, for the sake of status and economic security, has played a significant role in the decline of local communities. Now, more families may have reasons to make a different choice.

This is all speculation, of course, and these new pressures are likely to be temporary in any case. But perhaps we ought to hope that things won’t quite go back to what’s normal: rootless young folk siphoned away by elite universities and groomed to lead the managerial bureaucracies and mass popular culture that dominate our national life. The students who remain in their hometowns, however few they may be, have the potential to restore declining local institutions and community associations. As their neighborhoods come back to life for a brief moment, might not these students see something worth saving? Could they be the first generation in decades to sink down their roots and stay put? One can only hope.