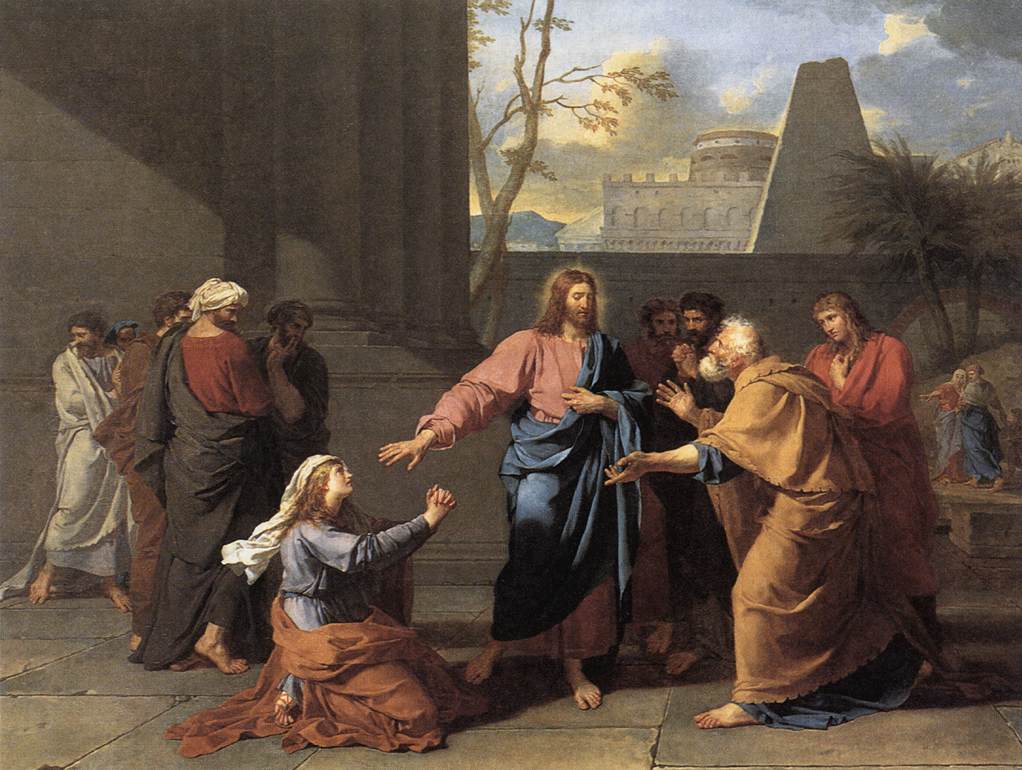 Livingston, MT. In his magisterial, Jesus through the Centuries: His Place in the History of Culture, the late Yale Professor and once Lutheran pastor Jasoslav Pelikan provides a thorough and wide-reaching (but by no means complete) vision of how the peoples of the world have envisioned Christ.

While Christians in particular and historians of religion broadly speaking might quibble with Pelikan’s historicist or at least semi-historicist method, which focuses more on how human cultures envisioned Christ as opposed to who Christ revealed himself as being, Pelikan nonetheless proves the salient point that Christ has been many things to many people, and, at the same time, the personality and meaning of Christ has yet to be exhausted by human experience.

One of Pelikan’s chapters in Jesus through the Centuries is especially salient in our own confused and disoriented age, one that is simultaneously post-Christian and post-secular.

In chapter 17 of his work, titled, “The Liberator,” Pelikan makes special note of how men and women of the 19th and 20th centuries, such as Leo Tolstoy and Martin Luther King Jr., focused upon Christ’s social message as inspiration for their own movements for social reform.

One of the key framings of Christ that is missing from Pelikan’s work is that attempt by racialists—first among Europeans and other Westerners and later among proponents of black liberation theology such as the late James Cone—to fashion Christ as an avatar or their own ethnic ideologies.

This omission in Jesus through the Centuries is perhaps fitting, for Pelikan first published the work in the mid-1980s and then reissued it in alternate forms in the late 1990s.

Despite the surging ethnic violence of the 1992 LA Riots as well as signs of aggressive ethnocentrism in American politics such as the “near miss” David Duke 1991 Louisiana gubernatorial campaign, there was a concerted effort both at the centers of cultural and political power as well as among everyday Americans to move beyond race and to finally heal the racial wounds that had existed in America since the country’s inception.

However, as the galvanizing force of 9/11 faded, which defined the first decade of the 21st century, the hopes for ethnic harmony began to erode during Obama’s presidency. And of course racial tensions have now erupted during our current period, known with both derision and affection as the “Trump Era.”

One of the defining marks of this tumultuous time is an obsessive preoccupation with race and ethnicity among a small but very vocal, and, despite a tremendous loss of prestige, still powerful and influential collection of internet personalities known, variously, as the “Alt” or “Dissident” Right.

As has been lamented by many mainstream pundits, this group was successfully able, via social media accounts, to enter into contemporary discourse during the 2016 election.

Thanks to the social media phenomenon of “sharing” or “retweeting” among members of the political right broadly speaking, many average conservatives who grew up on a diet of Rush Limbaugh, Fox News, and National Review—three powerful mainstream conservative media forces who have disavowed the ethnocentrism or “ethno-nationalism” that is an essential component of the Alt Right—were exposed to a “rabbit hole” of media championing ethnic solidarity among human beings of European descent as well as a fundamentally adversarial posture toward people from other ethnic and racial backgrounds.

While die-hard Alt Righters have remained relatively small, they nonetheless have been able to draw sympathy from mainstream or “normie” conservatives.

At the same time, one of the biggest (of many) obstacles to the Alt Right’s attempt to recruit a critical mass of conservative Americans is the pervasiveness of Christianity throughout the ranks of American conservatives.

In the variant and often contradictory statements emitted across social media from various (often but not always anonymous) talking heads in the Alt Right, the primary complaint about Christianity is its “universalism.”

While Christianity is intimately intertwined with the history of Europe, there is no question that the Christian faith of the twenty-first century is a global phenomenon. Indeed, as those on both the right and the left of the political spectrum have noted, post-millennial Christianity is centered around the life and experience of the people of Asia and the Global South, who now make up the majority of the world’s Christians.

Moreover, while there are earlier seeds of universalism and humanism among philosophies such as Stoicism as well as the legal, cultural, and religious phenomena of the Hellenistic and later Roman empires (as the late Christopher Hitchens was quick to point out), Christianity has been the principal ideological “glue” for binding the people of the world together in at least spiritual and moral solidarity.

For many progressive and even some “neoconservative” Christians—especially among Catholics and Evangelicals—this universalist message of Christianity by which all the orthodox (small “o”) Christians in the world are bound together in baptism and faith has translated to the belief that all of the people of the world should be bound together in political, economic, and social ties.

Unfortunately, this universalist message has, through a kind of equivocation, been used by some neoconservative Christians as well as Christian members of the “woke left” to justify free trade and the free movement of labor and consumers from place to place as dictated by “the market” (or those who control or at least attempt to control the market).

For these globalist-minded Christians, some of whom claim to draw from 20th-century personalist theology, ethnic identity has been abolished by Christ in whom there is “neither Jew nor Greek” (Galatians 3.28). We are all simply human beings, and our attachments to kith and kin and ancestral traditions are things of the pagan past, which had reared its ugly head for the last time in the totalitarian movements of German National Socialism, Italian Fascism, and Japanese Imperialism.

In response to this personalist view, Alt Righters have adopted two strategies.

The first draws from a tradition that has its roots in Edward Gibbon’s The Decline and Fall of the Roman Empire. Gibbon, as well as Friedrich Nietzsche the enfant terrible of Alt Right intellectual discourse, argues that Christianity has ultimately been deleterious to the West. Whatever noble, heroic, and intellectually sophisticated elements are present in the life and work of pre- and Early-Modern Christians is due, not to the leavening effect of the Gospels, but to whatever elements of European paganism were present in the writings and noble deeds of Christians such as St. Augustine of Hippo, Charlemagne, or Don Juan of Austria.

As a result, in order for the wider Western world to regain its strength and power, Europeans must shake off the messages of humility, self-abnegation, and universal brotherhood in faith, and embrace the virile warlike-character of European paganism.

The second response from the Alt Right has been to package Christ as a fundamentally European character.

Taking their lead from early versions of Völkisch Christianity developed in 19th and later 20th century Nazi Germany, this faction of the Alt Right presents Christ as an Indo-European warrior king who, throughout the course of history, rides into battle alongside his faithful band of Western brothers from the misty moors of Beowulf to the hot streets of Charlottesville.

In this tug of war between factions competing for the image of Christ, one of the least asked but ultimately necessary questions is: how do the Gospel writers themselves talk about ethnicity?

Is it really true that Matthew, Mark, Luke, and John present a fundamentally color blind Christ who is preaching open borders and open markets?

Is a faction of the Alt Right correct in arguing that Christ himself preached a Gospel of racial segregation and narrow ethnocentrism?

The answer, of course, is that both of these views are wrong.

Within the Gospels, there is a medley of cultures and identities of the many diverse peoples living in first-century AD Palestine. There are Romans, Phoenicians, Greeks, Samaritans, and, of course, Jews. Moreover, the Gospel writers depict Christ as one very aware of this ethnic diversity.

In one of the most curious (and humorous) scenes in the Gospels, Christ is accosted by a “Syro-Phoenician” or “Canaanite” woman who begs Jesus for healing (Matthew 15:21-28). Although his disciples are irritated with this pesky woman, and Christ himself, at first, appears to brush her off, telling her, “I was sent only to the lost sheep of Israel,” and “it is not right to take the children’s bread and toss it to the dogs.” Nevertheless, he does eventually heal her after she puckishly responds with “Even the dogs eat the crumbs that fall from their master’s table.”

In this humorous scene, one of many in the Gospels, Christ acknowledges the reality of ethnic divergence between Israelite and Canaanites and then heals a foreign woman because of her profound faith.

It is this recognition of the beauty and goodness of ethnic diversity combined with a message of universal love and mercy that should be at the heart of a true Christian politics.

One of the very many problems with the Alt Right (as well as, ironically, the radical left) is that it is too narrow minded and focused exclusively on race.

One of the very many problems of neoconservativism and various other forms of liberalism is that they ignore the reality and importance of culture and ethnic identity to the human condition.

Is it possible to build a conservative politics that is both aware of the reality of ethnicity but is ultimately grounded on moral principles that transcend the narrowness of ethnicity?

The future of our Republic and our world depends upon that answer being a resounding “yes.”

Unsolicited Advice for the Republican Party