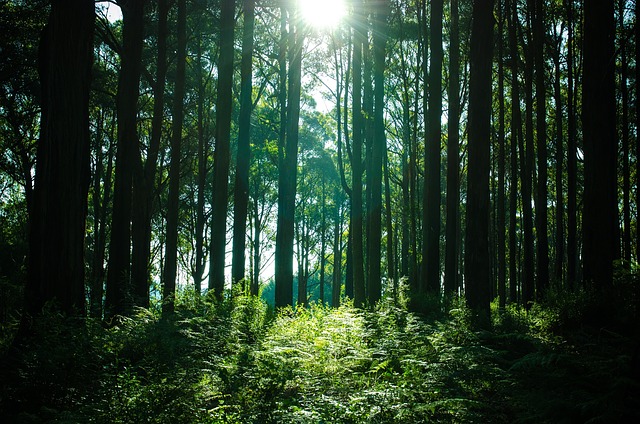 Evans, GA. Willis Renuart has observed at FPR that the doctrine of theosis or deification—the belief that Christians undergo a process in which “limited human persons can participate in the divine being through Christ”—rests on “a perspective that Christians in the West no longer clearly see,” namely that of divine participation.

It is this perspective that Andrew Davison seeks to rehabilitate in Participation in God: A Study in Christian Doctrine and Metaphysics. Davison argues that participation—understood as “the notion that everything comes from, and depends upon God” (i)—is a framework that “should be the bedrock of a Christian understanding of reality, and of Christian doctrine” (1). In Part I he examines “the relation of creation to God, as a matter of participation or donation, by working through the idea of four aspects of causation [efficient, material, formal, and final], taken from Aristotle”; Part II considers the “terms and ideas that have been used to think about participation”; Part III explores a handful of theological topics in light of participation, such as “Christology, human action and freedom, [and] the nature of evil”; and Part IV discusses some practical applications that follow from the perspective of participation (3).

In making his case Davison holds that the concept of participation harmonizes with “perspectives from across Biblical sources” and is not, as some think, “an import” from Greek philosophy that is “foreign to the perspectives found in the scriptures” (4). While it is true that Davison’s book is “most obviously Platonist in philosophical outlook” (5), it is equally true that “the story of Christian participatory theology…. has been not only a reception, but also a purification and perfection of this Platonic outlook within the matrix of Biblically informed doctrine” (92), especially the doctrine of creatio ex nihilo (23).

Moreover, Davison maintains that the theology of participation is broadly catholic rather than confined to a particular segment of Christianity: “I am willing to make a claim for a fundamental convergence of outlook—for a participatory approach—that spans doctrines and authors.” Even though some figures exhibit “greater ambiguities and departures” from the general outlook, there is nonetheless “a broad, shared approach that we can call participatory” (8).

In discussing this tradition Davison’s primary goal is to explicate it rather than to critique non- or anti-participatory approaches to Christian theology: “For the most part, with this book I have sought simply to present the rudiments of a participatory approach to theology and metaphysics, and to let that vision commend itself. I have adopted that method, rather than offering a great deal by way of criticism of other approaches” (10).

I cannot plumb the full breadth and depth of Davison’s book here, but suffice to say it is a richly informative treatment of participation. Particular praise should go to Part III, where Davison shows that the framework of participation can helpfully elucidate various theological topics.

A prime example is his discussion of the relationship between creaturely and divine action. As Davison observes, it is commonly assumed today that in characterizing human freedom we must choose between either libertarianism—in which “I am only free if nothing determines my choice (here not even God)”—and compatibilism, wherein “I remain free—in what is still taken to be a meaningful sense—if I choose what I want to choose, even if there are reasons why that is that I want what I do (including the determination of my will and desire by God)” (232).

From a participatory perspective, however, framing the question this way is misguided from the outset because it wrongly pits divine action and human freedom against one another: “God’s action does not stand alongside my free involvement, as if the two were in competition, or as if they were part of the same story in the same way.” Rather, “God acts in all action because God gives creatures their being…. God acts through us by acting in concert with the freedom that he himself gives” (228). This is one particular manifestation of Davison’s recurring contention that God is “being itself” (304) and “not one more being among beings” (2).

Another strong point of the book is Davison’s exploration of practical applications that can be drawn from a participatory framework. Concerning the nature of truth, Davison notes that “the lucidity and intelligibility of creation, and the grounds of this in God” lend weight to the idea that “all truth is God’s truth” (312). This point is significant for our Christian witness: “While a non-participatory approach might turn towards the culture around us and seek to make connections to theology, a participatory one might be more concerned to spot or discern connections. We need not labour, by some special effort, to make the culture around us theologically interesting” (313).

This means that no matter how fallen or distant from God the world around us may seem, the distance is never absolute. It cannot be, for even now all things and all people are sustained in being by “the One who is truth itself” (307). Thus we always have some purchase, however small it might appear, for building on the truths people recognize in order to lead them to the Truth.

In a similar vein, Davison speaks of beauty and its capacity to lead people to Truth: “Creatures have real goodness and beauty, but they are good and beautiful only by participation; they are desirable, but their desirability comes from their participation in the desirability of God” (329). Yet it is precisely by virtue of its participation in God that created beauty can help lead people to God: “From Plato onwards, beauty has been seen as what draws us on, sometimes, certainly, for worse (when we choose lower beauties over higher ones) but also for better.” The allure of beauty is “also an eschatological lure, where what lies beyond this world beckons us on” (345).

By Davison’s own admission, Participation in God is not meant to be a polemical work in opposition to different viewpoints. As such, it cannot be said that his book decisively establishes divine participation as a superior framework for Christian theology over and against other possibilities. Nonetheless, the enchanting vision he paints will inspire readers to recognize the advantages it has in explaining many fraught theological and aesthetic paradoxes.

The Rationality of the Doctrine of Creation