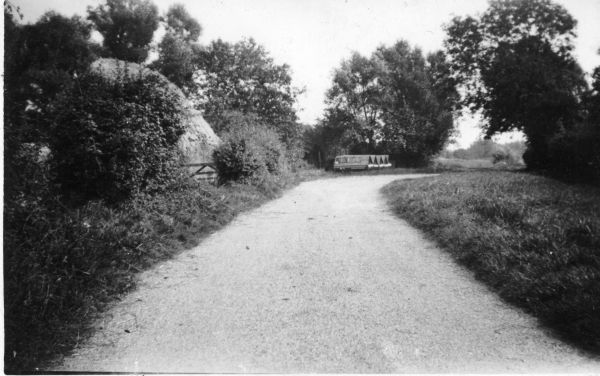 Cold Spring, NY. Adrian Bell (1901-1980) is not a name often found on bookshelves on this side of the Atlantic, but Richard Hawking makes a strong case that the work of Bell might sit well between the poems of Thomas Hardy and the prose of Wendell Berry. 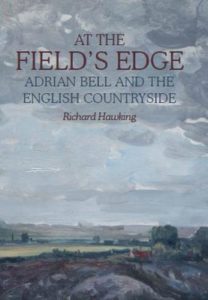 Like Hardy, Bell was an Englishman, and like Berry, Bell was a farmer as well as a writer, so one of the first questions that will come to mind for readers of this website might be whether Bell bears relation to Sir Albert Howard, J. Russell Smith, Stan Rowe and other subjects and former subjects of the Crown with whom Porchers are familiar from the work of Berry (and who can now be found, in the convenient form of a reading list, on the website of the Berry Center).

Bell does bear such a relation, and, based on Hawking’s account in At the Field’s Edge, there can be little doubt he rubbed shoulders with Howard and Lady Balfour of the Soil Association. But in the novels and the stories for which he is known in England, Bell fits rather better within the tradition of rural, or “countryside,” writing of H.J. Massingham, C. Henry Warren, A.G. Street and Edmund Blunden than he does within the agro-ecological traditions of Howard, Smith or Rowe.

Hawking’s book, however, challenges readers to see Bell from a broader perspective, as a “life writer” who worked within an agrarian tradition, but even more so, as a documentarian, indeed, “one of our best documentary historians of rural life.” For Bell worked in a prose that reflected the “seismic shift in agriculture” seen in his lifetime, the critical time in the industrialization of agriculture in England, in the decades between the First World War and the Second World War. 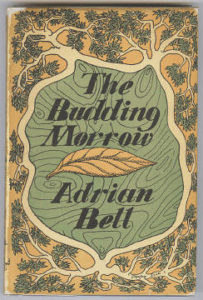 Hawking thus turns readers to a most pressing set of pages from the intellectual biography of Bell (Bell also wrote poems, a column called “A Countryman’s Notebook,” and, for decades and decades, the crossword for the Times). In each chapter, Hawking introduces a work or a series of works within his oeuvre, including lesser collections of columns, meditations and memories like Men and the Fields (1939), The Budding Morrow (1946), The Flower and the Wheel (1949), A Suffolk Harvest (1956), My Own Master (1961) and The Green Bond (1976) as well as more popular works like Apple Acre (1942), Sunrise to Sunset (1944) and the “rural trilogy” of novels for which Bell is loved in England, in Corduroy (1930), Silver Ley (1931) and The Cherry Tree (1932).

Throughout the book, Hawking sets each work in the conversation in which it was conceived, with careful attention to the passages, the personages, and the images (there are wonderful pieces scattered throughout from the collections of Holloway Fine Art in Suffolk) that best represent the changes in agriculture that Bell observed in England, from a humorous scene of first contact with a fertilizer salesman in The Budding Morrow to the wider sort of speculation recounted in My Own Master. Altogether, the book makes for a vivid, heartbreaking appreciation of the work of a man who bore witness to a century of the worst sort of “unsettling” in England.

For readers in North America, familiar as most of us are with the history of our own agrarian tradition as well as our own “seismic shift in agriculture” from the work of Berry, there emerges much from the work of Hawking as well as Bell of which we should be reminded.

First is the extent to which Bell and Hawking both must take care to distinguish their subjects from their representations in the long, fraught national literature on the countryside in England. Agrarians in the New World might fret about the shallowness of the well from which we can draw for inspiration (or, perhaps more often, the point and the places in our past and our present at which it has been poisoned with racism), but the work of Bell reminds us that even the unevenness and relative youth of our own agrarian tradition need not be a weakness; rather, it can be a source of dynamism, responsibility, and strength, because it draws from a range of sources both within and other than those of the nation.

Another thing to be commended about the work of Hawking is the skill with which he navigates the minefield of identity politics, and, above all, the politics of landscape and national identity. This is a patch made more perilous in the U.K. with the prophets of petite nationalism behind the Brexiteers and the peddlers of the heritage industries behind the National Trust as well as the usual suspects found on either side of the aisle and either side of the Atlantic. It is a delicate act for Hawking (e.g. “This loss of individuality, of diversity, was highly significant for Bell because it is a fundamental characteristic of an English identity rooted in traditional constructions of rurality”), but, again, with an eye and a nod to diversity, he pulls it off, and for it, At the Field’s Edge is a better book than most about “landscape and Englishness.”

Of course, the book is not without its shortcomings, especially as a look at the life and the times of Bell, himself. Historians will have questions about the scarceness of attention to the “drift from the land” before the First World War and the scantiness of the treatment of Imperial Preference, and the Empire, before the Second World War. Biographers will wonder about Bell and his family (Bell was married with three children), his politics (Bell was a socialist) and his religious life (Bell was a Christian socialist, buried at Holy Trinity in Barsham). There are some more essential questions left open about the paradoxical place of agrarianism in the age of total war, too, for it was indeed in the name of self-sufficiency as well as efficiency that the face of the countryside was changed to best the Nazis. For these subjects, readers should see the classics of A.S. Milward, Jay Winter, Paul Fussell and, as Hawking himself recommends, with real grace, Ann Gander.

Still, these are trifles with a book on a broader mission to bring the work of Bell to bear on new problems for a wider public in the twenty-first century. In this, At the Field’s Edge succeeds, and for this success, we owe a tip of the hat to Hawking as well as to Bell from our side of the Pond.

Ronald Blythe at 99: A Charitable Observer from Wormingford