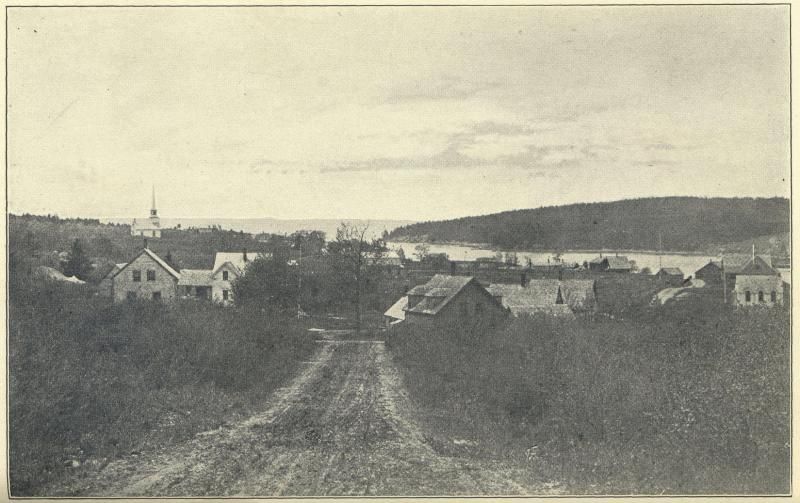 Vilonia, AR. Sarah Orne Jewett was an American short-story writer, best-known for The Country of the Pointed Firs. Like Wendell Berry, she belongs within the tradition of American literary regionalism, also known somewhat condescendingly as “local color” realism. Labelled “the best piece of regional fiction to come out of nineteenth century America,” Pointed Firs is layered with meaning. Feminists laud Jewett’s exceptional abilities as a writer, and modern scholars co-opt her anachronistically to fit postmodern narratives, but her Congregationalist Christianity, which is implicit throughout her work, remains neglected. Jewett emphasizes a concern with caring rightly not only for one another, but for God’s good earth.

Julia Bader’s assertion that Sarah Orne Jewett manages successfully to depict “the quiet dignity of everyday tasks and simple household objects … as signposts in a fully lived life, rather than as trivial details that distract from achievement,” is insightful. In Jewett’s description of the Bowden family reunion, she presents us with a full-bodied expression of the life well-lived. The “everyday tasks and simple household objects” culminate in the human art of celebration and feasting on land called “home.” All who gather there are part of what was, is, and is to come. The telos of the seemingly trivial is on full display, creating a mosaic of hospitality, family, community, history, manners, nature, food, and domestic arts. The Country of the Pointed Firs is particularly relevant to this season in which COVID-19 has caused many around the world to experience our own family reunions.

The human joy symbolized in feasting was beginning to wane in Jewett’s time as family reunions were already uncommon among “most country people.” Even so, the Bowden family reunion was more than a common picnic. Jewett invites us to witness a “noble feast” in which the normally ordinary is made extraordinary. The distance between picnic and noble feast is measured in the generosity of spirit exhibited by the entire community in contributing to the craft and art in material items, as well as those found in nature:

The great tables were edged with pretty oak-leaf trimming, which the boys and girls made. We brought flowers from the fence-thickets of the great field; and out of the disorder of flowers and provisions suddenly appeared as orderly a scheme for the feast as the marshal had shaped for the procession.

Jewett describes the affair as one of “inheritance … good taste and skill” that includes a sketch of generational faithfulness. She found happiness is often accompanied by a “grave soberness” to mundane details. These included the “simple kindness that was the soul of chivalry” of the men who honored the ladies in waiting on them, carrying their baskets, and leading away their horses. Strangers, like the narrator, were treated as if adopted to Dunnet Landing and the Bowden family.

Mrs. Blackett, the family matriarch, arrives as a queen of the reunion. She was the deep well from which this foundational human kindness sprang. Jewett captured in her character the goal of perfected selflessness that is capable of prizing others above oneself:

Her hospitality was something exquisite; she had the gift which so many women lack, of being able to make themselves and their houses belong entirely to a guest’s pleasure,—that charming surrender for the moment of themselves and whatever belongs to them, so that they make a part of one’s own life that can never be forgotten. Tact is after all a kind of mindreading, and my hostess held the golden gift. Sympathy is of the mind as well as the heart, and Mrs. Blackett’s world and mine were one from the moment we met. Besides, she had that final, that highest gift of heaven, a perfect self-forgetfulness.

It is fitting for the narrator to point backward to the Bowden ancestors who “may have sat in the great hall of some old French house in the Middle Ages, when battles and sieges and processions and feasts were familiar things.” To the modern, feasting is often equated with entertaining, but in the medieval sense it was the condition upon which the future was shaped.

The medieval Anglo-Saxon scops (pronounced shōps) enjoyed a position of immense power. His role of recording history, providing entertainment, and singing songs of heroes was as important as the warrior. Each Germanic tribe had a scop. They recited stories by memory, and most often used a lyre to accompany. The scop was a “maker, inventor,” what J.R.R. Tolkien called a “sub-creator.” They shaped the history and the future of each tribe. The French counterpart was a troubadour, whose work it was to “compose, discuss, and invent” (Wace, Brut, editions I. Arnold, 3342).

Jewett was rowing against the cultural tide with her fiction at a time when realism was all the rage among culture shapers. Progressives criticized Jewett for her limited realism due to her depiction of everyday life. She was patted on the back for effort, but too bad she saw things through a feminine perspective at a time when Mark Twain was writing fiction about big ideas. Frank Norris argued that realism could go no farther than what one could “actually see, or actually hear.” He felt that feminine realism was limited due to its depiction of everyday life. Condescending to Jewett, he mused of Pointed Firs as a place where “Realism is minute, it is the drama of a broken teacup, the tragedy of a walk down the block, the excitement of an afternoon call, the adventure of an invitation to dinner.” He failed to recognize her genius in portraying everyday life as the foundation for creativity, the extraordinary, and big ideas.

One might see how Nathaniel Hawthorne’s Hepzibah Pyncheon comes into being after long-term neglect of the domestic arts. House of the Seven Gables is a run-down, death-haunted place. It was a warning of the danger in which we jettison all things traditional to the cult of Progress. Unlike Seven Gables, abandoned and dead inside and out, Pointed Firs is full and alive. Far from the original Thanksgiving feast of Hawthorne’s ancestors, lasting three days, Seven Gables illustrated the decline in household orders that led to both the mundane and transcendent aspects of life on earth becoming degraded.

Hawthorne depicted the past as not behind us, but around us (for we are living in the space left behind) and within us (for we are the offspring of prior generations). He made a seemingly inanimate object, a house, tell the story of “us.” Jewett, whose writings are believed by many to include traces of Hawthorne’s influence, locates the “around us and within us” elements of past life inside home and hearth too; only she goes deeper into the heart of the home. On the surface, Mrs. Blackett is just a kind elderly woman. But before Mrs. Tood describes her as the queen of the reunion, Jewett welcomes us into her “little brown bedroom.” This is where a close reading discovers her source of counsel and motivation. We can envision her throne, from where she surveys her kingdom:

There was a worn red Bible on the lightstand, and Mrs. Blackett’s heavy silver-bowed glasses; her thimble was on the narrow window-ledge, and folded carefully on the table was a thick striped-cotton shirt that she was making for her son. Those dear old fingers and their loving stitches, that heart which had made the most of everything that needed love! Here was the real home, the heart of the old house on Green Island! I sat in the rocking-chair, and felt that it was a place of peace, the little brown bedroom, and the quiet outlook upon field and sea and sky.

Jewett had to invoke the medievals to find an analogy to the Bowden reunion. Medieval Christians saw celebrations important enough to code it into law. King Alfred decreed:

These days are to be given to all free men: … twelve days at Christmas; and the day on which Christ overcame the devil; and the anniversary of St. Gregory; and the seven days before Easter and the seven after; and one day at the feast of St. Peter and St. Paul; and in harvest time the whole week before the feast of St. Mary; and one day at the feast of All Saints. And the four Wednesdays in the four Ember weeks are to be given to all slaves, to sell to whomsoever they please anything of what anyone has given them in God’s name, or of what they can earn in on their own time.

Such serious celebration is largely lost in modern America. The advent of the cooking channel, the ubiquity of DIY programming on everything from home renovation to vintage market re-purposing, and the popularity of Pinterest exemplify an unmet longing. Where the voyeurism of the cooking shows failed to revive real-life experimentation, COVID-19 succeeded. The hashtag #bananabread has almost 1.5 million posts, while the #sourdough hashtag has 3.2 million. Yeast and flour have been in short supply. These are the arts of the mundane in which everyone who lifts a glass or fork may participate, as the Italians understand so well:

An Italian meal is not just for allaying hunger. Dining in Italy is an affirmation of the preciousness of simple things—of the worth of bread, of oil, of wine, and of ourselves. It’s a rite of renewal, a celebration of human triumph over the daily abrasions that wear us down … For animals eating is survival. For humans, eating is a rite of civilization. For Italians, eating is the single great art accessible to us all.

Jewett movingly conveys the nobility of the feast and tells us what makes it noble. The “elegant ingenuity displayed in the form of [American] pies that humbled the English tart”; the creative decorations made from a variety of natural materials; and the pamphlets that included the history of recipes, “but the most renowned essay in cookery on the tables was a model of the old Bowden house made of durable gingerbread, with all the windows and doors in the right places, and sprigs of genuine lilac set at the front.”

For Jewett, investing time and skill in the culinary arts united us to our community and to the past—with “lively remembrances” and “high ideals.” Far from insignificant, taking joy in the domestic arts is not to be sneered at. The items become sacred when we recognize that they represent much more than the materials from which they are made. Porcelain or fine china with delicate hand-painted roses and golden rims is our grandmother “around us,” and the hospitality that we extend our neighbor when we offer them tea in this cup is our grandmother “within us.”

Beyond food and feasting, there were speeches by the ministers and there proved to be a historian among the Bowdens who gave some fine anecdotes of the family history; and then appeared a poetess. “Everyday tasks” and the celebrations they engender are the condition upon which many other arts rest, including poetry. Joy and laughter in community act as muses to the human soul. These ‘noble feasts’ give a “quiet dignity” to the materials we handle everyday in our domestic and communal lives. COVID-19 family reunions have birthed a spate of creativity in the form of TikTok dancing, singing, cooking, laughing, and human ingenuity in making-do with common household items (like creating an exercise path for pets and children that weaves throughout the house). Our homes have become the center of education and the arts, and of the “fully lived life.” Sarah Orne Jewett would celebrate along with us.