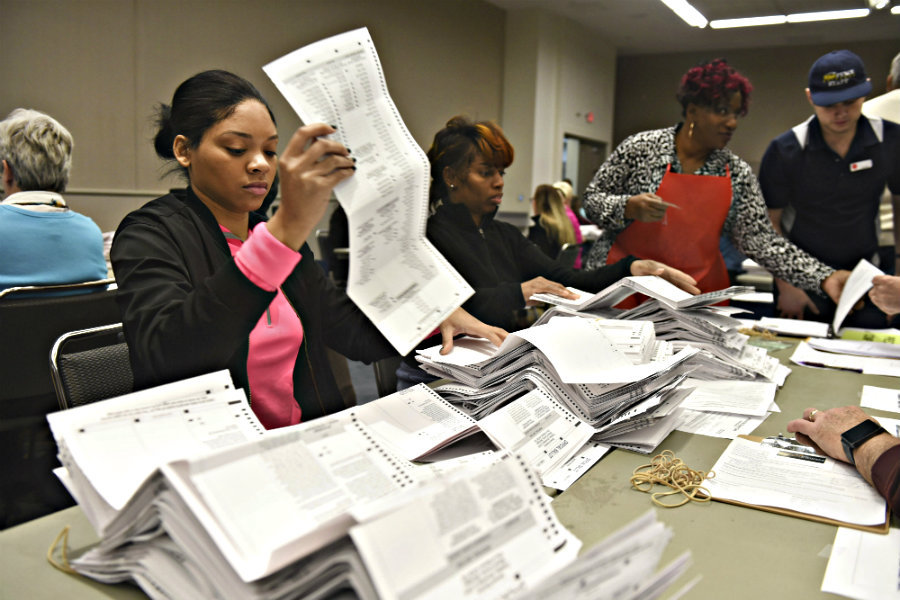 Oklahoma City, OK. Citizen participation in free and fair elections is a hallmark of healthy democratic republicanism, so I hope you found the election’s large-scale turnout encouraging—wherever you land on the political spectrum. That said, I can’t get too far out of the gate without stating what in retrospect seems obvious: that mail-in balloting, absent some kind of mechanism for linking ballot and person (e.g., via a notary requirement), is ripe for disaster if not outright fraud.

One doesn’t have to have been glued to cable news for the last two weeks to know that debates about state election laws have become the focal point of the 2020 presidential election cycle. Just tune in to any cable news network. It’s all the rage. And, because the final makeup of the U.S. Senate hangs in the balance, with all eyes on Georgia, these debates aren’t going anywhere soon. Nor should they. Even so, I write today neither to survey nor scream about the election—though I’m inclined to—but rather to shed light on something else entirely: the ostensible triumph of federalism.

Federalism, for those who aren’t familiar, exists where a sovereign’s power is divided, usually between a central, and one or more territorial, governments. Even though sovereignty is technically indivisible, it is nevertheless capable of assignment to countervailing bodies. And so it is in the American system of governance. Though it isn’t much talked about today, federalism remains one of the great monuments of political philosophy generally and is, perhaps, the pinnacle of American constitutionalism.

As you probably know, however, the U.S. Constitution provides first not for federalism per se but instead for the “separation of powers” between the legislative, executive, and judicial branches of government. While this division serves as the organizing principle of the entire document, federalism proper emerges as a constitutional theme soon enough. Unlike the division of power amongst the branches, which today remains essentially the same as it was in 1803, after Marbury, the division of power between the state and federal governments is markedly different. Whereas the division of political power favored the states in the Constitution as originally written, on this side of the Civil War and Progressive Era Amendments, the balance of power is decidedly federal.

Or so you thought.

Sure, most of the Bill of Rights, originally intended to protect U.S. citizens from an overreaching federal government, has since been applied to the states. And federal regulation of the economy, which was to be handled by state and local governments, continues largely unabated under the courts’ expansive interpretation of the Commerce Clause. Even so, the states aren’t totally irrelevant. In fact, they still retain many powers, including the comprehensive “police power.” But even this power has recently come under attack. Just ask Oklahoma. Most election laws—like tabulating and certifying vote counts—remain under the purview of the states, too. And we should be thankful for that—despite the credible and all too cyclical allegations, and convictions, of corrupt local election officials. But in a world where we’re forced to choose between the local and the federal, I choose local.

Amidst the ongoing chaos and conflict over the 2020 presidential election, and vote tabulating methodologies in particular, let’s remember—and celebrate—that so far it is really only federalism that has won the day. Neither federalism nor the Constitution is perfect, of course, but surely they, as opposed to any party’s presidential candidate, or victor, are most responsible for keeping the chaos at bay. You may, quite understandably, have lost a little faith in our system over the last two weeks. I don’t blame you. But don’t lose heart.

For the moment, our political discourse—if we can still call it that—has been hijacked by the shrill voices of vitriolic pundits. But the Constitution, and federalism in particular, are holding their ground. They’re under attack, for sure, but they remain—as ever—the best bulwarks against the excesses of tyranny and pure democracy Western civilization has ever known. So, whether your guy lost or won, or whether you’re convinced the election still isn’t over, I invite you to join me in celebrating the enduring triumph of federalism, one of the last remaining forces for traditional democratic republicanism.

The Most Polarized Era Ever?

This is Our Story

Who Knew Independence Could Be This Easy?