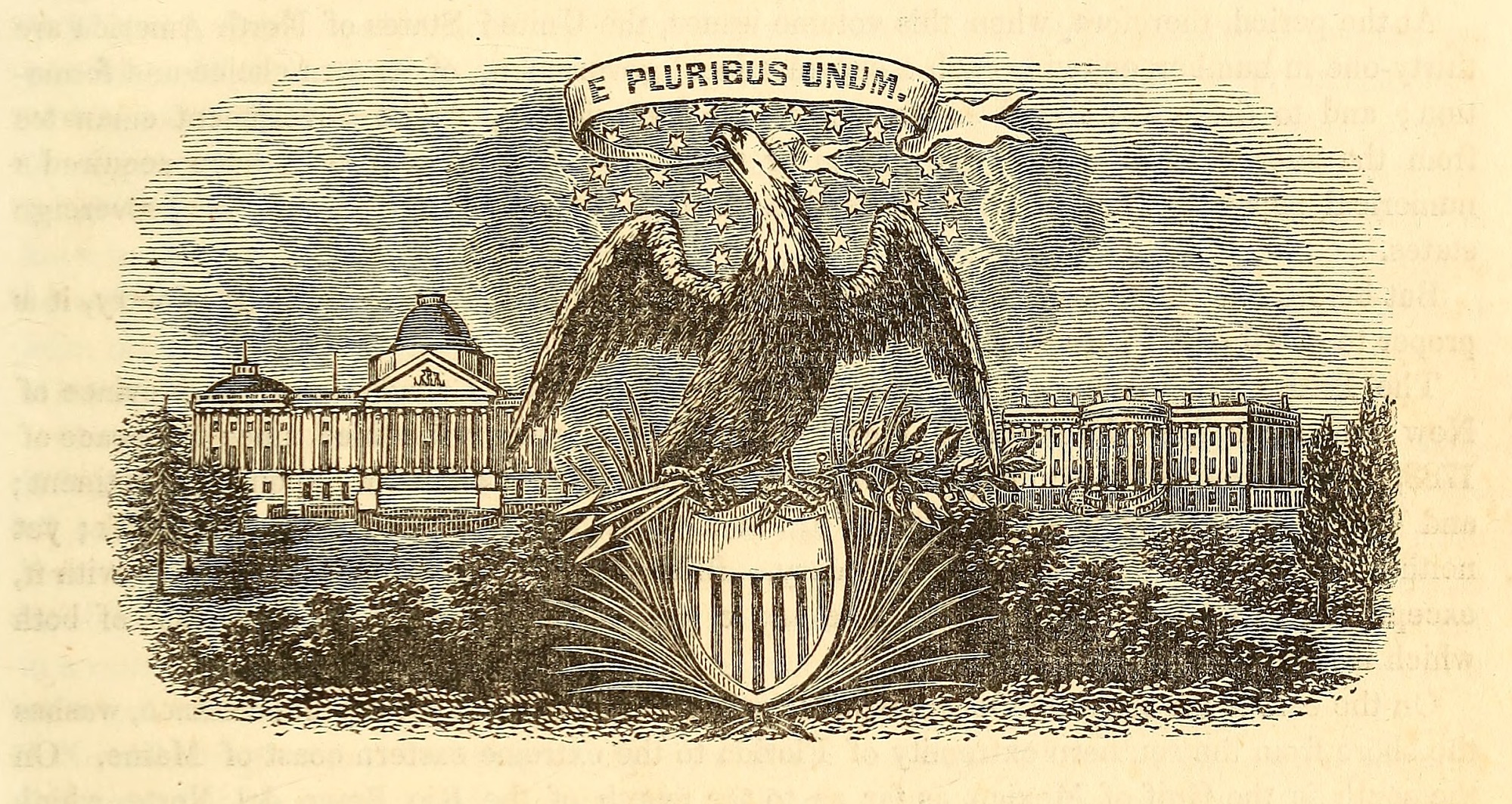 Lancaster, SC. Under the expansive shadow cast by the Great War, and with its second act in World War II looming large on the horizon, French-American Jacques Barzun published a short book in 1937 entitled, Race: A Study in Superstition. As someone who lived on both sides of the Atlantic, Barzun developed that Tocquevillian skill of penetrating analysis and keen observation, yet this short monograph is now long forgotten. While the book focused heavily on cultural matters and historical situations involving race nearly a hundred years past, Barzun’s perspective is surprisingly relevant, providing a much-needed historical counterbalance to today’s discourse on race. Barzun doesn’t have a dog in the current fight, thus making his standpoint all the more valuable.

Barzun’s academic longevity is stunning, with works published in every decade from 1920 to 2010. In Barzun’s magnum opus From Dawn to Decadence, published in the year 2000, he makes passing reference to his 1937 volume on race. This piqued my interest, implying that Barzun must at least agree with some of what he wrote nearly a lifetime before. What was in that little-known and forgotten text, written on the eve of World War II?

Barzun had some serious nerve to suggest that race is a superstition in 1937, with Social Darwinism, eugenics, imperialism, nationalistic wars, and the rise of Fascism and Nazism all around. A second edition of Barzun’s book was released in 1965, at another historical moment of heightened racial conflict and awareness in the American Civil Rights Movement. In the preface to the second edition he wrote, “As long as people permit themselves to think of human groups without the vivid sense that groups consist of individuals and that individuals display the full range of human differences, the tendency which twenty-eight years ago I named race-thinking will persist” (xi).

Now, fifty-five years later, not only does race-thinking persist, the book’s relevance also persists. Consider as one example among many the barrage of election commentary we are seeing right now that depends in large part on unquestioned assumptions about identity-categories like race and gender as essential metrics of voter analysis. Helen Pluckrose and James Lindsay suggest in Cynical Theories that such thinking is the logical outworking of postmodernism in the political realm, “a call to identity politics, which requires adopting an identity as part of some marginalized group or being assigned to a relatively privileged one . . . [thus] fragmenting the universal and replacing the individual with the group (159).

Perhaps most illustrative of this point is Charles Blow’s New York Times post-election piece, in which he refers to President Trump’s gains among African American and Latino voters as “shocking” and “unsettling,” viewing such independent thinking among so-called groups as some kind of race-betrayal. Blow’s argument, predictably, falls back on false consciousness and internalized whiteness as explanations for such voting “anomalies.” Blow concludes, “All of this to me points to the power of the white patriarchy and the coattail it has of those who depend on it or aspire to it. . . . Some people who have historically been oppressed will stand with the oppressors, and will aspire to power by proximity.” Heaven forbid any true diversity of thought or consideration of multiple perspectives. Off limits is any deep reflection on what complex combination of factors led to these voting choices. The only lens left with which to view the world is the lens of power dynamics and its manifestation through group identities. If this isn’t what Barzun called “race-thinking,” I don’t know what is.

Barzun’s insistence on treating people as individuals rather than members of some sociological category is a refreshing corrective. Barzun’s insights into race-thinking as a habit and the ways in which race functions as a superstition are worth exploring, as is the solution he offered in valuing the uniqueness of each individual within the framework of a shared and universal humanity.

Barzun argued that “race-thinking does not consist merely in believing a particular theory about human races”; rather, “race-thinking is a habit” (12). “Race-thinking,” according to Barzun, “rests upon abstraction—singling out certain traits that are observed, accurately or not, in one or more individuals, and making of these traits a composite character which is then assumed to be uniform, or at least prevailing, throughout the group” (x). Barzun went on to say that this “urge to divide mankind into fixed types and races is evidently endless” (196). Contemporary evidence confirms Barzun’s claim. While “systemic racism, reparations and white privilege have gone mainstream on the left to an unprecedented degree,” Samuel Kronen notes, “the right has become more explicit about its racial attitudes.” Race-thinking finds new forms in fringe groups on the right, and also in identity politics and the many fields of identity-based studies that have come to wield outsized power in academia and in the culture at large.

Barzun offered an explanation for such race-thinking in his day, which, in a roundabout way, still resonates now. He wrote,

Race groupings have been shaped not by nature but by the mode of thought or the stage of mechanical efficiency that mankind valued at the moment. The history of these attempts confirms . . . that race-theories occur in the minds of men for an ulterior purpose which, once set in motion, suggests an infinite series of possible systems, more and more complex as civilization expands, more and more abstract as the changing standards of morality demand an ever more intellectual rationalization for the concealment of primitive aggressiveness and snobbery. (196)

While during the 1930s Barzun observed how race and categorization were tools used for “ulterior purpose,” in an ironic twist, now those tools are wielded in ways that proffer new forms of race-thinking, running roughshod over Martin Luther King’s dream of interracial brotherhood and right back into racialism. Kronen further explains, “The feedback loop between woke progressives and right-wing populists has been accelerating, as each side uses the other’s excesses to justify its own.”

All this is to say that we’ve reinvested in race categories and have doubled-down on race-thinking in a way that Barzun would identify as superstitious. Pluckrose and Lindsay pick up on this in Cynical Theories, suggesting that critical race theory “puts social significance back into racial categories and inflames racism” (133). To be clear, eliminating racism is something all members of society should pursue as we honestly reckon with its very real legacy. But attempting this “through the unlikely means of making everyone more aware of race at all times and places” (132) awakens the worst in our nature—that “primitive aggressiveness and snobbery” Barzun referenced.

The Superstition of Race

But Barzun goes further than just criticizing race-thinking. He challenges the concept of race itself—whole cloth. This claim that race is a superstition is perhaps Barzun’s most audacious yet prescient argument. Race, Barzun explains, “is properly speaking a superstition—literally an idea that ‘stands over’ the facts, presumably to explain them or make them coherent or memorable” (x). Much like Barzun observed how race functioned as an unprovable explanation of differences between groups in his day, so too race “stands over” and obscures complex facts and messy reality in a superstitious way today. Barzun’s perspective anticipates the ways in which critical race theory and woke ideology take on “many of the qualities of a religion.”

Using Barzun’s definition of superstition as an idea that “stands over” the facts, postmodern race-thinking is still superstitious insofar as all facts are interpreted through the lens of power dynamics, or what Patricia Hill Collins calls “the Matrix of Domination.” On the popular level, evidence of this is found in the hard to define and nebulous, yet somehow ubiquitous, concept of systemic racism. To make this more concrete, the voices from atop the best-seller list can speak for themselves. These are, after all, the books that are required reading for doing the work of anti-racism, and form part of what James Lindsay calls the Scholarly Canon of Social Justice.

Robin DiAngelo’s maxim that “The question is not ‘did racism take place’? but rather ‘how did racism manifest in that situation?’” seems to “stands over the facts,” or any explanation to the contrary. As James Lindsay puts it, “the accusation . . . has been engineered into a kind of trap, in which any attempt to deny or avoid the accusation is reinterpreted as proof of the charge.”

Race as a superstition “standing over” the facts is also apparent in Ibram Kendi’s How to Be an Antiracist. “A foundational assumption that Kendi lays out explicitly,” John McWhorter notes, is “that all racial disparities are due to racism.” This central postulate surfaces throughout Kendi’s work, perhaps most clearly when he writes, “There is no such thing as a nonracist or race-neutral policy” (18). Such totalizing claims like this from the racially woke are certainly different than the claims of the racialists that Barzun had in mind during the 1930s, but they have an eerily similar superstitious character.

Conclusion: Out of Many, One

Barzun’s short and somewhat obscure work on race has surprising applicability even today. As a watchman on the city wall can see the enemy well in advance of the city-dwellers, Barzun saw through the race-thinking of his time long before society at-large. Whether it was the race-thinking of Nazi Germany or Jim Crow America, Barzun uncovered the underlying principles behind these racial systems as socially constructed pretexts. He argued, “It is impossible to fight the real forces behind race-hatreds until they have been uncovered by the general recognition that race theories are pretexts—unconscious hypocrisy or willful camouflage” (201).

Barzun also illuminated the superstitious, even religious, element of race-thinking during the 1900s, which finds new form in identity categories that have become the central framework with which so many view the world today. This gnostic-like aspect of current race-thinking is especially concerning as it flattens human individuality and difference into group identities, erasing both the splendid distinctions of each individual and the indispensable universality of our common humanity. Barzun’s “vivid sense that groups consist of individuals and that individuals display the full range of human differences” is needed just as much now as it was when he first wrote. Barzun concluded in 1937 with the following:

Race-thinking . . . is a vulgar error, not only because it thrives and is abroad among the people, often unaware of itself, but always charged with hatred and hypocrisy; it is also and above all a vulgar error because it denies individual diversity, scouts the complexity of cause and effect, scorns the intellect, and ultimately bars Mind from the universe of created things. (219)

On the heels of a consequential election, and the accompanying commentary demonstrating the continued pervasiveness of race-thinking, Barzun’s message of honoring each human individual’s value while recognizing our shared common humanity is a timely and timeless message. It actually is quite reminiscent of Shelby Steele’s final remarks in his 2015 work Shame: How America’s Past Sins Have Polarized Our Country:

No nation has struggled harder to overcome the barriers to our common humanity, or to sanctify the individual, than America. The contortions of our hyperbolic politics can be depressing. But America’s essential truth—the deepest theme of our identity—is still freedom. Freedom is still our mother tongue (198).

It is here we might find viable solutions to societal questions of how the individual relates to the community—a politician’s version of the philosopher’s dilemma of the one and the many. Recognizing each person as a unique individual, not defined by some constructed group identity, empowers people with the message of personal agency. Acknowledging the common humanity of each person provides a basis for community. It is in this parallel honoring of the individuality of each human person and recognizing the universality of human personhood, that we find deeper human flourishing, and perhaps come closer to the American motto, e pluribus unum, “out of many, one.”