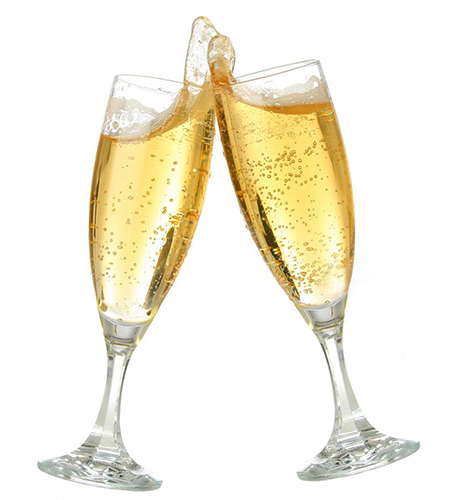 Spirit who sweepest the wild harp of Time!
It is most hard, with an untroubled ear
Thy dark inwoven harmonies to hear!

—Coleridge, “Ode to the Departing Year”

In the Christian East the new year begins September 1, around harvest time and about a week before the Nativity of the Mother of God.  In the West in Chaucer’s day it began on March 25, the Feast of the Annunciation.  Both seem to me to be better markers than January 1—or, rather, December 31—for resolutions, popped corks, moderate-to-impressive inebriety, and getting misty-eyed about the old long since.

So I’ll be fast asleep at the stroke of midnight tonight, as is my custom, indifferent as ever to Times Square’s absurd claims on my attention.  I hear the Square will be empty anyway.

If a ball drops in Times Square and no one is there to see it, does it still not matter?

We’ll have dined well enough here at Dumb Ass Acres, and of course there will be a little talk of the new year and certainly some of the departing one, but the evening will be tame and bedtime early—another night like all the rest, as the song says.  It seems to me that this past year is a good one not to dwell on and not to overstate the significance of.  Like every year before, it had its peculiarities.

Among them were the planeless and jetless skies of March and April.  I heard the phrase “get back to normal” a lot, and each time I looked up it seemed to me that that’s what we were finally doing.  What’s normal about scores of people sardined into silver tubes in the sky and being told to sit back, relax, and enjoy the flight?  Do normal people usually make a habit of attempting the impossible in triplicate?

A youthful Coleridge wrote his “Ode to the Departing Year” in just a few short days near the end of 1796.  The poem shows signs of both youth and haste, and Coleridge, being Coleridge, was characteristically worried about his beloved Albion and her many complicities—“chief by Afric’s wrongs, / Strange, horrible, and foul!”   He was especially worried about the possibility of her coming to grief for failing to be on the right side of history, as we like to say nowadays.  Coleridge was several years from becoming the Sage of Highgate then.  He still believed in better days ahead.  He had yet to pass through the dark night of his own many failures.

But listen to the timeliness of his apostrophe:

Abandoned of Heaven! mad avarice thy guide,
At cowardly distance, yet kindling with pride—
Mid thy herds and thy corn-fields secure thou hast stood,
And joined the wild yelling of famine and blood!
The nations curse thee. They with eager wondering
Shall hear Destruction, like a vulture, scream!

Did a flag-waving Tory say to him, “England—love it or leave it”?  Doubtless.  Coleridge had in fact thought about leaving England for his ridiculous Pantisocratic scheme on the banks of the Susquehanna, but he and the guys and their gals could never quite pull it off.  Coleridge was about as well-suited to farming here on these shores as he was to being named Husband of the Year.  So like all fantasies and most hopes Pantisocracy failed.  It failed to launch.

But the reflection, criticism, and self-criticism that inspire fantasies and hopes are always in need.  They animate, I suppose, those hundred-sit-ups-per-day resolutions that last about a week or so into January—if also the penitent’s firm purpose of amendment.  So we’re going to need reflection and criticism in the coming year, and in the year after, and so on. But I doubt we’ll need them more than at other times.  Civilization is certainly one of those projects worth trying to maintain, but the problem is that it has been entrusted to fallen creatures who think they’re perfectible when in fact they’re hardly improvable.  “Know thyself” isn’t an injunction for Kevin to “find out who Kevin is.”  It means know what kind of thing you are—especially what your limits are.

I don’t see that happening any time soon here in the perishing Republic.  The season of Uncle G.I. Joe and The Giggling Professional Offense-Taker will be no more salubrious for ripening the fruits of self-knowledge than was the season of The Great Pumpkin and his Lickspittle. All are clueless about what kind of creatures they are, as are most of those fighting over which pneumatic duo will be next in line to receive our unmerited four-year forbearance.  And as for empires—they fall.

In 1796 Coleridge was young and idealistic and on his way to becoming, for many years, a train wreck of a man, but give me Coleridge this night:

Away, my soul, away!
I, unpartaking of the evil thing,
With daily prayer and daily toil
Soliciting for food my scanty soil,
Have wailed my country with a loud Lament.
Now I recentre my immortal mind
In the deep sabbath of meek self-content;
Cleansed from the vaporous passions that bedim
God’s Image, sister of the Seraphim.

That’s pretty good, I warrant.  It accords with good advice:  know thyself and know thy place.  Happy New Year to anyone who can pull it off.  We’ll sure as hell give it a go here at Dumb Ass Acres—for auld lang syne.

Belloc on the New Year