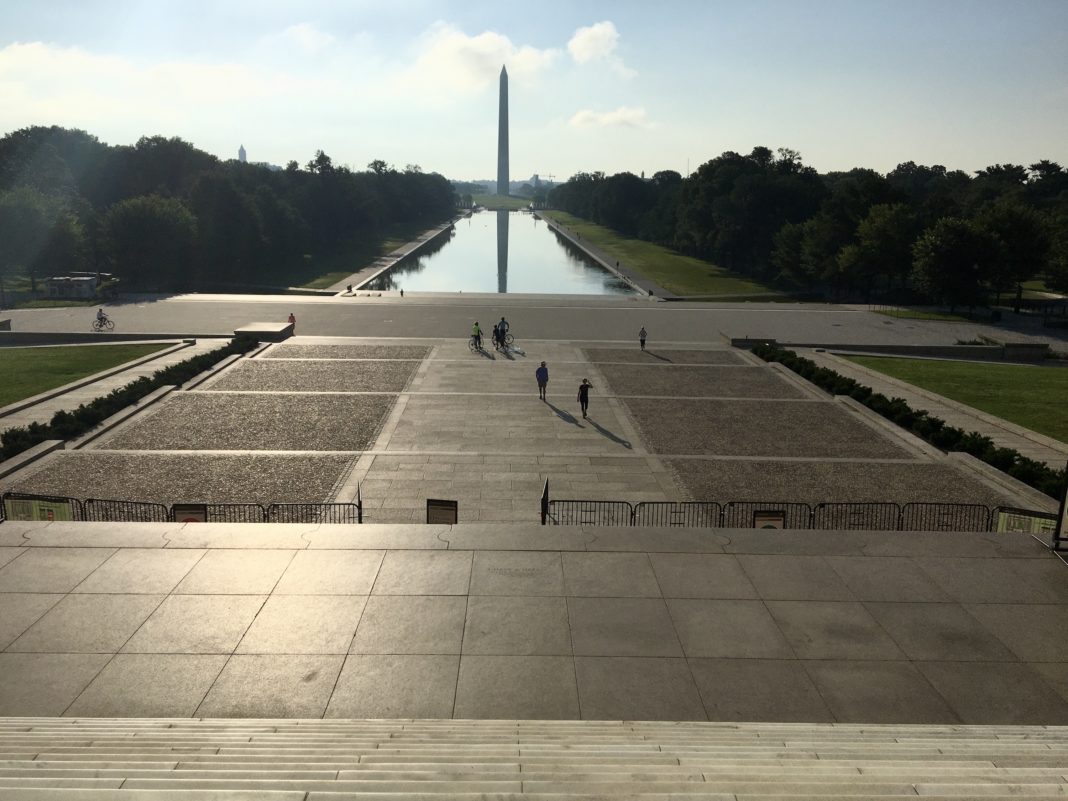 Coraopolis, PA. As the rest of the nation may have recently observed, my home state of Pennsylvania was fiercely divided over the presidential election. Of the sixty-seven counties in the state, thirty-nine favored Joe Biden or Donald Trump by roughly seventy percent or more. This divide is unnerving, and it does not appear that asking the Twitter gods to flag misleading tweets will be enough to bring the Commonwealth together. Jon D. Schaff offers a better approach than calls for increased oversight from technology companies. While Schaff’s book, Abraham Lincoln’s Statesmanship and the Limits of Liberal Democracy, is not written directly about current politics, it is a timely warning against exploiting political power to achieve partisan ends. By considering Lincoln’s deft ability to navigate a split nation and his understanding of democracy’s limits with fresh eyes, we might reconnect with the nation’s highest aspirations. 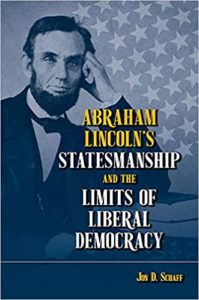 Any study of Lincoln must first surmount readers’ preconceptions—often hagiographic—of the hallowed president. Moving beyond Daniel Day-Lewis’s portrayal of Lincoln is not easy work. And maybe more difficult still is approaching this well-worn topic with some humility and open-mindedness, which is demanding for the scholar and layman alike. Schaff addresses this head-on by challenging Lincoln narratives that have “grown stale.”

The Lincoln that Schaff puts forth cultivated liberal democracy by placing limits and crafting public consensus. In order to see Lincoln in a new light, Schaff applies Aristotle’s ideas of moderation and prudence as his lens. It is not simply that Lincoln knew the good, but, as a good steward of liberal democracy, he embodied the good.

To trace the thread of moderation and prudence running through Lincoln’s statesmanship, Schaff covers a tremendous amount of ground all while engaging the giants of Lincoln scholarship. Traversing topics ranging from Lincoln’s approach to slavery, the government’s role in stimulating economic growth, and presidential deference to Congress, among others, Schaff provides numerous examples of restrained presidential power.

Regarding Lincoln’s approach to slavery, Schaff paints Lincoln as always angling for a termination of the institution that would endure. To this end, Lincoln opposed both radical abolitionism and popular sovereignty views. He sought another way through the plodding work of consensus building within the Constitutional guardrails, culminating in the Emancipation Proclamation and the Thirteenth Amendment.

In defense of Lincoln’s approach, Schaff writes, “Impatience with human failings can lead one to become frustrated with the compromise that is essential to democracy” (211). Despite Lincoln’s moral objection to slavery and ardent belief in natural rights, he resisted executive overreach in favor of the long game.

This Lincoln is no radical. Schaff challenges historians who have framed Lincoln as a Progressive forebearer, one who paved the way for FDR and his heirs. Lincoln was neither a proponent of free market capitalism nor of socialism. To make this case—and others—Schaff does not restrict himself to the typical sources most Lincoln scholars use.

For example, he turns to Catholic social teaching for his argument that the economic theory of Distributism highlights Lincoln’s economic vision. Developed most fully by G.K. Chesterton and Hilaire Belloc in the early twentieth century—and thus not available to Lincoln during his lifetime—Distributism contends that ownership of production should be as widespread as possible rather than held by the wealthy or the state. In practice it requires both disciplined citizens and limited state control. This theory captures Lincoln’s longing for an economy that values freedom and dignity of labor over amassing wealth.

Although Schaff provides ample evidence of Lincoln’s restraint when it came to exercising his presidential authority, he is forced to walk a fine line reconciling Lincoln’s use of wartime executive orders. The sixteenth president’s unilateral suspension of habeas corpus to silence dissenters and rebels was anything but limited.

This is not lost on Schaff, who acknowledges there are “certain circumstances that [demand] political activism” (91). Despite Lincoln’s apparent inconsistencies, Schaff’s contention that the “long view” required Lincoln, at times, to exploit “ambiguities in the law to preserve the union” is convincing (91). It is convincing because after four years of civil war Lincoln showed enormous restraint towards the South by resisting the opportunity to exploit the moment for personal power. Without ego, Lincoln spoke of the bond shared between North and South in his second inaugural address in the hopes that the prodigals would return to the democratic fold. His life was marked by working tirelessly to achieve unity through compromise within the Constitutional parameters, even when standing on the moral high ground.

Lincoln’s statesmanship serves as an antidote to our current political shallowness and vitriol. His life provides caretakers of a liberal democracy with a true exemplar of that calling. As Schaff writes, “Lincoln sought to revitalize a democracy that was losing sight of its highest aspirations and giving into the temptations of self-interest and the demagoguery of lesser statesmen” (207). Lincoln’s “long view” proved strong enough to carry the nation through its most trying period. In Abraham Lincoln’s Statesmanship and the Limits of Liberal Democracy Schaff offers us clear glimpses of this “long view” and what it requires. It is a vision that has much to offer our divided nation.

Photo by Matt Stewart, from the steps of the Lincoln Memorial. June 2020.

Not Even on the Radar

The Most Polarized Era Ever?