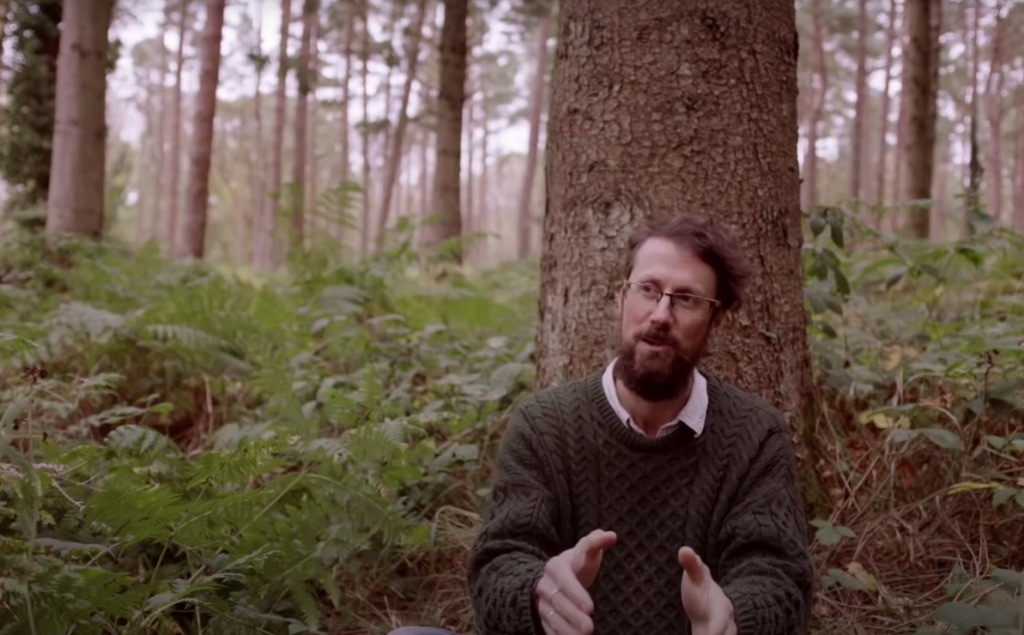 Beaverhead County, MT. In a 2020 interview with writer Paul Kingsnorth, Rod Dreher refers to the author of The Wake (2014), Beast (2016) and Alexandria (2020) as a “Gen X English Wendell Berry.” A short review cannot do justice to the range of reasons visitors to the Porch should read Kingsnorth’s three novels, so I’ll begin simply by saying: Read them. These are thought-provoking, challenging, and linguistically creative novels.

That said, I want to focus on one particular set of questions these novels raise: How do we deal with the fact that we are limited beings, and that denial of those limits results in little that is good? How do we respond to losses we can’t do much to change? How do we conserve what we can and should, and yet stop short of ruining our lives and the lives of those around us through commitment to Revolution, Change, The Cause, and so on? Every time I’m on a road trip and I pass a Subaru (and it always seems to be a Subaru…) whose bumper stickers exist in geologic strata, I breathe a small sigh of relief that I’m not hearing whatever rant is going on in the other lane. Likewise, the human cost of Bolshevism extended all the way from the collective farms, to the Bolsheviks own family members, as Yuri Slezkine memorably details in his recent House of Government. As the author of Confessions of a Recovering Environmentalist (2017) Kingsnorth is well-placed to consider these matters.

The first loss Kingsnorth asks us to consider is the loss of an entire culture. The Wake considers the loss of the pre-Christian culture of England, in context of the loss of political autonomy occasioned by the Norman Conquest of 1066. Kingsnorth’s protagonist, one Buccmaster, wages a futile, two-level guerilla war. Having inherited a commitment to the pre-Christian gods from his grandfather, he fights an eleventh-hour war against spiritual invaders and rejects their “crist.” Likewise, he scrapes together a small band of freedom fighters, who manage to kill a few French knights but accomplish little else, damaging their own communities in the process. The real story of these parallel wars, however, is Buccmaster’s own descent into violent madness. Norse sagas describe the “Blood Eagle” as pulling a sacrificial victim’s lungs out through his back, laying them out to resemble a pair of eagle’s wings. In the final scenes of the book, even Buccmaster’s allies balk at his intention to perform this act on the body of a captured Christian bishop.

So Buccmaster starts off the book as a free yeoman farmer who adheres to pagan rites, but the loss of his cultural heritage and his political freedom pushes him over the brink. While sympathizing with his character’s loss, Kingsnorth is clearly skeptical that Buccmaster’s response is a worthy one.

Where The Wake deals in big-picture loss, Beast gives us a contemporary parable that illustrates loss and breakdown in a single individual. This narrator, one Edward Buckmaster, is from the same part of eastern England as his previous protagonist. Having abandoned his family to squat in a run-down farmhouse on the moors of Western England, the narrator seeks re-enchantment, in Weber’s sense: “I need to be in the places where the light comes through, where people are thin on the ground, where the old spirits still mutter in the hedges and the stone rows” (10). Buckmaster rejects the empty, dead, asphalt-paved world from which he comes, but at the same time, he has left a wife and a newborn daughter behind. It is the human cost of this attempt to gain an Archimedean vantage point on the world which leads Kingsnorth’s narrator to conclude,

Nothing is really clear, but this no longer seems to matter. I once thought that my challenge was to understand everything, to build a structure in my mind that would support all that I experienced in the world. But there is no structure that will not fall in the end and crush you under it. (162)

During a storm, part of the roof on Buckmaster’s old farmhouse collapses, partially crushing him. In the ensuing delirium of his recovery, the reader’s mystification about what is real and what is not real mirrors the narrator’s same confusion. This increasing uncertainty is even illustrated in the language of the narrator’s monologue: as the book proceeds, grammar and punctuation gradually disappear, only re-appearing at the end as he apparently re-emerges from his delirium, with the lines quoted above.

In the face of 21st century challenges we could, with Buccmaster, try to turn back whichever barbarian tribes we think are at, or are already inside, our gates. With our contemporary Buckmaster we could instead attempt to construct some sort of mental vantage point from which to hover in the mental satisfaction that at least it “all makes sense,” taking refuge in our individual hermitage. However, based on the two books discussed thus far, Kingsnorth is clearly skeptical that the psychological costs and collateral damage of doing either of these, is or could ever be justified.

Alexandria, on the other hand, is a somewhat more hopeful book, though this is a perhaps counterintuitive assessment of a book that discusses the struggles of a few human survivors of an apocalyptic 200-foot sea-rise, 1000 or so years after that disaster’s occurrence. These remaining humans live in a monastic-style community in the same part of England that was the setting for The Wake. The remaining members of the Nitrian order are stalked by representatives of the mysterious, AI-like “Wayland.” (References to the legendary Weland the Smith are ubiquitous in all three books). It is this conflict between the members of the Nitrian order and Wayland’s equally mysterious red-hooded evangelists that is at the center of the story. At issue in this conflict is whether or not physical human existence is a good thing. “Alexandria” is the future home of today’s transhumanists, who appear to have successfully uploaded their consciousness to achieve virtual immortality. The Nitrian order, on the other hand, is based on reverence for the earth and the body, and the conviction that human beings can come to live in harmony with and in this new world. And so we come to rest on a thorny problem: The human body requires food, clothing, and shelter. The acquisition and maintenance of these items requires the use of scarce resources, and also entails suffering, disease, and so forth. Wouldn’t it be better, for the earth and for you, Wayland’s servants ask, for your body to die and for your consciousness to live on?

Kingsnorth muses over this point in a series of conversations stylistically similar to Dostoevskii’s conversation between the Grand Inquisitor/Ivan and Christ/Alyosha in The Brothers Karamazov, or the conversations between Weston/Satan and the green woman/Eve in C.S. Lewis’s Perelandra. In few cases can these antagonists’ arguments be easily dismissed. Even the reader who is viscerally sympathetic to Kingsnorth’s survivors, Dostoevskii’s Christ and Alyosha, or to Lewis’s Venusian Eve, cannot help but be unsettled by the periodic insightfulness of the opposing arguments these books present. Readers will find that Wayland’s servants’ arguments for the essential rejection of the body will need better answers than Keanu Reeves’s kung fu rejection of the Agent’s similar points in The Matrix.

So what makes Alexandria more hopeful than Kingsnorth’s previous novels? Here, I think, lies Kingsnorth’s perceptive gambit that we can’t just think of human beings as “on” the earth; we have to think of them as “part” of the earth—and that includes our bodies as well as our minds. As the post-apocalyptic waters are rising again—telling you why would spoil the ending—the book concludes with the arrival of people who have been living on rafts and who see hope for the future in the form of the one child left in the Nitrian order. So Kingsnorth is convinced, I think, that any real solutions to our ecological problems must have human beings at the center, both in mind and in body.

That human beings have accrued so much violence and chaos to our account is a harsh fact that we may neither reject nor avoid. Given the preponderance of evidence Kingsnorth’s novels present of man’s sins against man and against the world, what hope can we have that people can change for the better? Philip Rieff once suggested that “where nothing is sacred, there is nothing,”[1] and recently, after a rather winding spiritual journey, Kingsnorth has become a Christian. As Rieff’s dictum suggests, for us to become better than we have been in the past, we have to keep looking “up.” Kingsnorth puts the matter thus:

That’s one of the themes of Alexandria: if you don’t worship what is greater than you, you’ll end up worshipping yourself. The result of our self-worship — of our rebellion — is climate change and the death of the seas. We’ll have to find a truer path, because this way of living is driving us mad and destroying the ground it stands on. But there’s a fire to be walked through first. I think we’ll emerge unrecognisable, but I think we must.