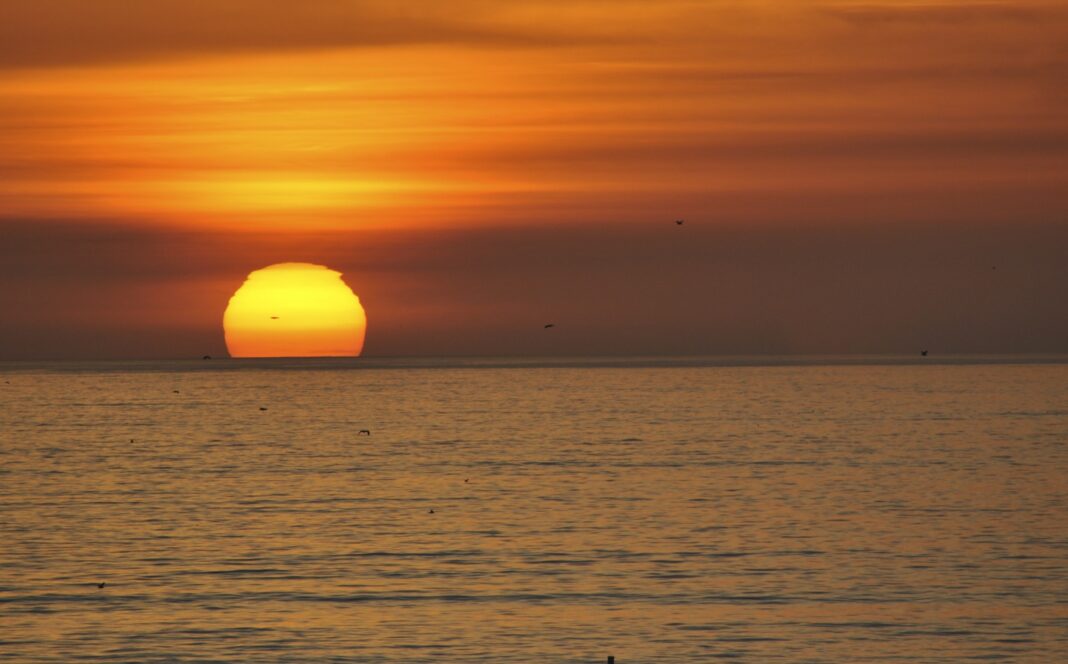 Sterling, KS. In Kazuo Ishiguro’s eighth novel, Klara and the Sun (2021), the humans believe in science. The titular character, however, believes in the Sun. Klara is a solar-powered robot whose purpose is to be an Artificial Friend (AF) to a teenager, and as she waits anxiously in a store to be chosen by one, she explains, “the big thing, silently understood by us all, was the Sun and his nourishment.”

Although Klara’s purpose is to bring happiness to an affluent child, her faith in the Sun’s nourishment, goodness, and “special help” undergirds her perspective and behavior. For example, as she sits in a storefront window, hoping to catch the eye of a teenager, she surmises that Beggar Man and his dog have died on an overcast day. But when the Sun shines on them and she sees their movements again, she concludes that the Sun has revived them with “a special kind of nourishment.” Similarly, when Coffee Cup Lady reunites with a long-lost friend and Klara observes their joyous faces illuminated by the Sun, she tucks this memory away as evidence that the Sun is akin to a deity who can make the difference between life and death, happiness and misery.

Klara draws on these memories when she becomes an AF to Josie, a fourteen-year-old girl who is suffering health complications from being “lifted,” a process referred to as “genetic editing” by one character. “Lifted” children are taught by what Klara calls “oblong tutors” from their homes. They study with special textbooks, attend interaction meetings with their peer groups, and have the opportunity to go to college, a prospect that is quickly disappearing for unlifted kids. Those who have had their genes edited apparently have the best shot at a good and successful life. Helen, the mother of an unlifted kid, says, “I feel I didn’t do my best” for her child, and parents who lift their children claim that their offspring will be “grateful” to them in the future.

Providing a good life for Josie is what motivates Chrissie, whom Klara calls “the Mother,” to lift Josie, even though Sal, Josie’s older sister, died from this process. Sal’s death is a perpetual source of guilt and grief for Chrissie, and as a result, Klara forms part of the bereaved mother’s insurance plan against another devastating loss. Chrissie explains, “if it happens, if it comes again, there’s going to be no other way for me to survive,” and so she commissions a sculptor, Mr. Capaldi, to create a replica of Josie for Klara to inhabit in the event of Josie’s death. Chrissie tells Klara, “You’ll be Josie and I’ll always love you over everything else. So do it for me. I’m asking you to do it for me. Continue Josie for me.” Moreover, Mr. Capaldi supports Chrissie’s contingency plan by boasting of “scientific proof” that “There’s nothing there. Nothing inside Josie that’s beyond the Klaras of this world to continue.” He adds, “It’s not faith you need. Only rationality.”

Compelled by her purpose—to make Josie happy—as well as her faith in the Sun, Klara consequently agrees to continue Josie for Chrissie, but she also devises another way to help the distraught humans in her life. While Chrissie buys a lifelike sculpture of her daughter and arranges for daily doctor visits when Josie is at her worst, Klara prays to the Sun—and bargains with him. To wit, Klara promises the Sun that she will vandalize a Pollution machine in hopes that this act will persuade the Sun to send his special help to Josie.

As it turns out, Klara successfully destroys a Pollution machine, and the Sun shines into Josie’s bedroom window at the height of her illness. Both of these events, though they appear arbitrary to the reader, deepen Klara’s faith. She believes her act of vandalism and the Sun’s resulting favor were indeed the catalyst for Josie’s restored health. She thus reflects at the end of her life, “The Sun was very kind to me. He was always kind to me from the start. But when I was with Josie, he was particularly kind.”

Although Klara maintains her faith in the Sun and feels a sense of accomplishment at becoming a good AF to Josie, the novel encourages the reader to consider the situation beyond this beguiling robot’s perspective. As he does so expertly in The Remains of the Day (1989) and Never Let Me Go (2005), Ishiguro creates a narrator in Klara and the Sun who is limited by her own assumptions but who nevertheless provides trenchant insight into the world around herself through her raw experiences and observations. The humans continually stare at and press their oblongs. Lifted children interrogate the unlifted as if they are second-class citizens. Adults refer to “substitutions” and the “post-employed.” They complain about machines occupying seats in theaters and pass on rumors of violence in the cities.

Klara and the Sun presents a world ruled by what Jacques Ellul in The Technological Society (1954) calls “technique”: “the totality of methods rationally arrived at and having absolute efficiency…in every field of human activity.” Alan Noble, in his application of Ellul to twenty-first century Western culture in his recent book You Are Not Your Own (2021) explains, “our one agreed-upon value in nearly every sphere of life tends to be efficiency.” More specifically, Ellul argues that “technique attacks man, impairs the sources of his vitality, and takes away his mystery.”

Chrissie is perhaps the best example of this technological mindset in Ishiguro’s new novel. Underlying her plans for a robot to continue her daughter is a mother’s attempt to make her experience more efficient and therefore to eschew her humanity—the mysteries of suffering, regret, and guilt. She tells Klara that she envies her because “It must be great. Not to miss things. Not to long to get back to something. Not to be looking back all the time.” Chrissie’s complicated relationship with Josie therefore prompts Klara to consider “the extent to which humans, in their wish to escape loneliness, made maneuvers that were very complex and hard to fathom.” Klara’s very existence, as well as Chrissie’s motivation to buy her for Josie, is the result of human “maneuvers” to avoid pain, to deny limitation—the experiences that make people and their lives mysterious and also meaningful.

What Chrissie avoids, Klara takes upon herself. People in this technological world seek to attenuate their humanity and become more like machines. They envy robots’ lack of “feelings,” buy robots to make their children happy, and ask these machines to continue their offspring in case their human children die. These machines, on the other hand, are not afraid to face what it means to be human. Klara prays to the Sun and acknowledges his nourishment. She never stares at an oblong and instead pays acute attention to the people around her. Although Chrissie declares that Klara neither feels things nor looks on back on the past, that is exactly what Klara does as her life fades. In a junk yard, bereft of her mobility, she says, “I have my memories to go through and place in the right order.”

At the center of Klara and the Sun is irony—that the robot embraces faith through her dependence on the gifts of nature and acknowledgement of her own limitations while the humans resolutely wall themselves off from life through their technologies. Whether the Sun listened to Klara’s prayers and healed Josie is dubious. Yet the Sun does sustain Josie, as well as Klara and all other forms of life. Her uncanny awareness of the role of nature in preserving life not only highlights the arrogance and destructive efforts of humans who prioritize technique but also contains a remnant of hope. After all, the humans in this novel create machines that, like themselves, need the Sun’s nourishment to survive. Although Klara enables humans to operate according to technique—they use and then dispose of her—this robot’s presence nevertheless reminds others to be mindful of the natural world and thankful for its sustenance. Perhaps in their creation of this machine, the humans unwittingly passed on their mysterious capacity for faith, which is a possibility that makes our brave new world a little less frightening to face.

A Tale of Two Symbolic Systems