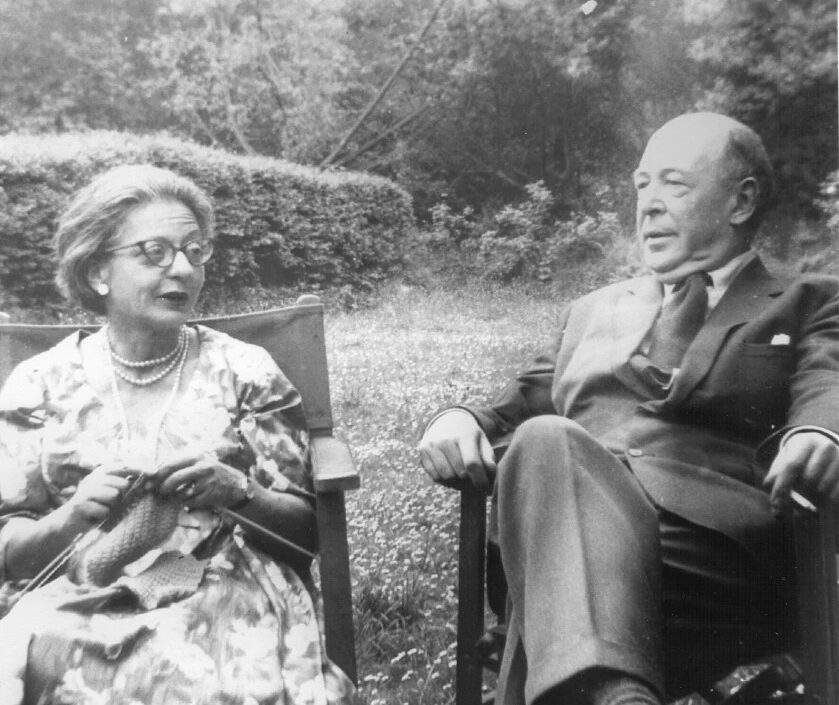 Boise, ID. In one of the last and most memorable scenes in J.R.R. Tolkien’s The Return of the King, Frodo collapses on the side of Mount Doom unable to go another step. He has carried the one ring and borne its corrupting influence for months and the burden finally undoes him. His faithful servant Sam is heartbroken over his inability to spare Frodo the accumulated suffering: “I said I’d carry him, if it broke my back . . . and I will!”

“Come, Mr. Frodo!  . . . I can’t carry it for you, but I can carry you and it as well. So up you get! Come on, Mr. Frodo dear! Sam will give you a ride.” In the movie version we see Sam staggering up the mountainside, struggling to go on, straining at the effort as would be expected. In the book Tolkien’s description of the scene offers something else: “Sam staggered to his feet; and then to his amazement he felt the burden light. He had feared that he would have barely enough strength to lift his master alone, and beyond that he had expected to share in the dreadful dragging weight of the accursed Ring. But it was not so . . . Sam lifted Frodo with no more difficulty than if he were carrying a hobbit-child pig-a-back in some romp on the lawns or hayfields of the Shire.”

The difference in the two accounts may be no more than the difficulty of visually conveying the complexity of the book’s narrative. However, it might also speak to our culture’s lack of faith in the efficacy of bearing one another’s burdens. Do we actually find it just as difficult to do something for someone else as to do the same for ourselves? Is it exactly the same amount of effort to mow my sick neighbor’s lawn as it is to mow my own? Is it more? Less? Peter Jackson’s re-interpretation of the scene declares that the effort of shared burdens is great. Tolkien’s development of the scene asserts the opposite view, one shared by two of his fellow Inklings: Charles Williams and C.S. Lewis.

In 1955, C.S. Lewis met Joy Davidman after a lengthy correspondence in which they discussed faith and literature. Their friendship blossomed into a sort of romance around the same time that Joy was diagnosed with terminal bone cancer. They had been married in a civil ceremony in 1956, ostensibly to help Joy (an American) deal with visa and immigration issues. After her diagnosis, they were married in an Anglican ceremony in March of 1957.

They were passionately, delightedly, in love, although under great strain from dealing with Joy’s abusive ex-husband, her two sons, and, of course, her extremely grim prognosis. Doctors gave Joy a few months to live and the newly formed marriage looked like it would last only a few months.

However, the months rolled by and although Joy had been sent home to The Kilns in a hospital bed expecting to die, she not only endured, she began to recover. Her cancer, it seemed, was in remission. In a letter to Sheldon Vanauken, author of A Severe Mercy, Lewis describes the situation.

“My own news continues better than we ever dared to hope. The cancerous bones have rebuilt themselves in a way quite unusual and Joy can now walk: on a stick and with a limp, it is true, but it is a walk–and far less than a year ago it took 3 people to move her in bed and we often hurt her . . . Of course the sword of Damocles hangs over us” (901).

Wonderful enough! Unexpected remission of the cancer and returning mobility, allowing Lewis and Joy to have time together. Time to enjoy their relationship, time to nurture the boys (David and Douglas), time to revel in the unforeseen and prepare for the inevitable end we all face. But Lewis goes on to describe something wonderful, something reminiscent of Sam’s carrying of Frodo.

“I forget if I had begun my own bone disease (osteoporosis) when you were with us. Anyway, it is much better now and I am no longer in pain. I wear a surgical belt and shall probably never be able to take a real walk again, but it doesn’t somehow worry me. The intriguing thing is that while I (for no discoverable reason) was losing the chalcium (sp) from my bones, Joy, who needed it much more, was gaining it in hers. One dreams of a Charles Williams substitution! Well, never was a gift more gladly given” (901).

“A Charles Williams substitution.” Lewis here refers to a doctrine that is in one sense ordinary– indeed, “mere” Christianity–but in another sense radical, otherworldly, and strange. Williams, a magnetic personality, theorized about a mystical and sacramental dimension of Christian theology. He believed that people could participate in the perichoresis (co-indwelling) of the Trinity by consciously attempting to live in a state of love. In his understanding, this love involved acts of “substitution” and “exchange.” In other words, Williams took seriously the message of Galatians chapter six: in a very real sense he believed that we should and could “bear one another’s burdens.”  In his novel Descent Into Hell, one character offers another the gift of bearing her burden. He argues that when we think that this “means listening sympathetically, and thinking unselfishly, and being anxious about, and so” we are wrong (98). Instead we are to carry someone else’s burden for them–taking it away from them by doing so! In the novel, this act of substitution takes place and one character is able to feel the fear of another character, actually relieving them of it. This, Williams called “Romantic Theology”–romantic in the sense that it was centered on true self-sacrificing love.

Williams asserted that this was true of emotional burdens, that one person could indeed be afraid for another: could feel their fear and thereby remove it. Further, he claimed that in this exchange a burden becomes lightened for the one who actually bears it. In He Came Down from Heaven, Williams argues that the exchange could be carried out in the physical world; that, as some of the Desert Mothers are said to have prayed, one life could be miraculously substituted for another, that another’s suffering could be borne in your body. This would be, Williams claimed, the most difficult form and the last place for Exchange to take place.

And this is what Lewis believed—tentatively, for he says in the same letter that he “must not be fanciful”—to have happened. He prayed for his wife’s healing. He seems to have prayed that he could take her suffering on himself. And then, he begins to suffer just as she begins to recover.

In one sense, the sharing of burdens seems so obviously to be the core of the communal experience that it is unnecessary to mention it. Naturally, when someone near you suffers, you try to take what you can from their burdens. Naturally, you help your mother or your friend or your cousin carry in the wood for the stove or carry out the garbage. Naturally, you try to ease someone else’s worries via sympathy. However, the piercing reality is that we can so rarely offer genuine aid. We almost never know what to offer, how to offer it, whether to insist or demure. And if we do know, we may not be able. Human love is clumsy, limited, and impotent compared to its divine counterpart. Offered help is often refused and if it is accepted there is a sense of embarrassment that hovers over the gift, rendering the giver into a burden of their own: a burden of emotional obligation.

Williams’ assertions are bold. Lewis’s interpretation of his and Joy’s experience, likewise. And I do not argue for or against them theologically. However, it seems to me that Lewis’ strange experience of inexplicable osteoporosis even as his wife’s bones healed imaginatively fits the framework that Williams argues for quite well. It works both as a parable and as a hint of what this world can and should be. It seems to be a sort of challenge to the relentlessly pragmatic and the relentlessly autonomous that governs our culture and even shapes our vision of community. If such substitution and exchange were genuinely possible, would we agree with Lewis that no gift was more gladly given? Would we too readily assume we could bear another’s burden and so sink ourselves under more than we could carry? Or, would our burdens be lightened by such sharing? Would we, like Sam and Frodo, accomplish more for another than they could do for themselves and somehow feel the burden to be easy?

The Little Way of Raymond Chandler