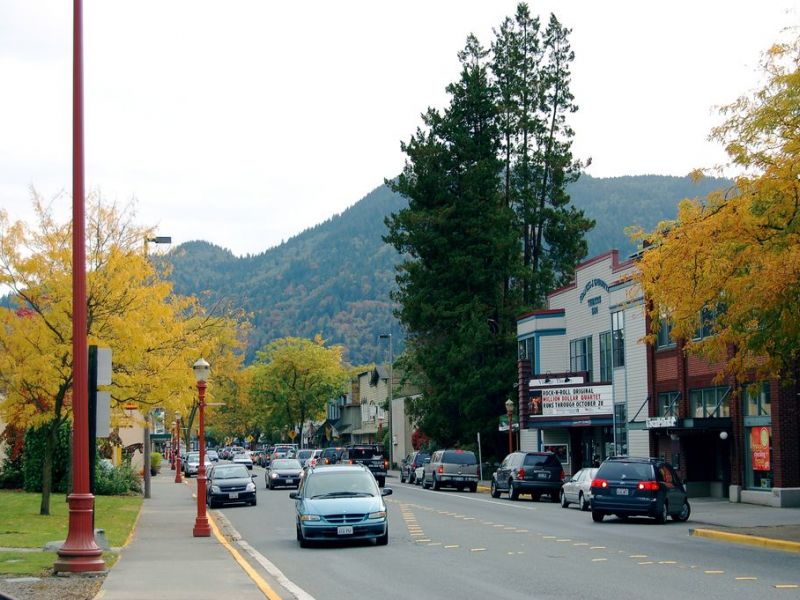 Pittsburgh, PA. In the film Hondo, John Wayne spends a portion of one scene describing the specificity that the languages of the American Indians have for describing places of beauty and significance. It is a scene I understood immediately when I first saw it as I thought of “the sound of water birds.” That is the rough English translation for the town of Issaquah.

Located about fifteen miles outside of Seattle, Issaquah is surrounded by three gorgeous mountains and a lake to the north. It is one of the few places I really associate with a sense of home. My father grew up just outside of Issaquah on a farm at the base of its largest mountain, Tiger Mountain, and my grandpa still lives there. I have known and spent more time exploring that mountain than anywhere else. Marveling at the massive cedars on my grandpa’s farm, carefully picking the sweetest of Armenian Blackberries, and just generally basking in the beauties of that place is my idea of Heaven. After a while, I thought I knew everything about that mountain, which is why it came as such a surprise when I first learned about Irving Petite.

A chance discovery on my grandma’s bookshelf introduced me to Petite’s writing. It was set almost exclusively in Issaquah – or, more precisely, in his 165-acre homestead just up the road from my grandpa’s farm. My grandpa still remembers Petite, and he shared a few stories with me that weren’t in the books.

Petite was born in Oregon in 1920 and, with a partner, bought the clear-cut tract of land on Tiger Mountain where he would build his cabin in the early 1940s. Petite desired a simple life on the mountain and tried to meet as many of his needs as he could from the homestead. He acquired a menagerie of animals on the farm to help fulfill these needs, including goats and chickens which regularly found their way into the cabin with Petite. My grandpa recounted having to borrow a buck goat from Petite a few times in the 1970s to breed with his herd.

The things he couldn’t produce on the homestead or do without he paid for with odd jobs. Petite frequently describes salvaging the logs left by the timber company on the homestead to make fence posts he sells to other local farms. He also filled in as a substitute mailman and wrote for the Seattle Times. It was not an action-packed existence, but the manner Petite lived and wrote about it all keeps you always wanting to hear more.

In his most famous book, Mister B., Petite recounts the months he spent raising an orphaned bear cub on the homestead. The text is both humorous and thought provoking as Petite reflects on how he was changed by sharing his life with Mister B. This book is just one example of how Petite evokes a strong sense of iyarina in his writing, another Indian word meaning “to reflect upon the land, with sympathy.”

Besides Mister B., Petite wrote about a litany of different topics across his five books. From the need to maintain brush on farms for wildlife to the curiosity of tree-climbing coyotes, Petite covered everything from around Issaquah and his occasional travels. In one of my favorite chapters, after detailing his near-death experience on an icy mountain road, he recalls a conversation with his friend in a café immediately afterwards:

Mick swiveled his stool and with that smile which he universally wears, but deeper and warmer than I could recall, said, “This is a GOOD cup of coffee.”

All evidence of the taste buds notwithstanding, I had to admit, “It sure IS.”

Eventually the creep of suburbia reached Issaquah, and Petite was forced to relocate to the Colville Indian Reservation in rural Eastern Washington. There he lived in another cabin, continuing his writing for years. Petite continued this life until he passed away in 2004 at the age of 84.

Today the man described as “Issaquah’s Thoreau” is largely forgotten. His books have been out of print for years and the anniversary of what would have been his 100th birthday in 2020 passed without a single mention in any local newspapers. An unfitting end for a man who poured so much soul into his writing about a small place he loved. In truth, in an era when more and more books and media are exclusively focused on the national and international, Petite’s focus on the local scale of life is not only refreshing but downright astounding.

It is for these reasons that I have worked with Petite’s heirs to make his five books available again in a digital format. I have read them all, and they are worth being read. It is our hope that the digitization of Petite’s books will be completed by the end of 2022. Please check Sarapetite.com for updates on this process. Once the books are available, please read them, and then find your own Issaquah and learn to enjoy and write about it as Petite would. This would make him prouder than anything.