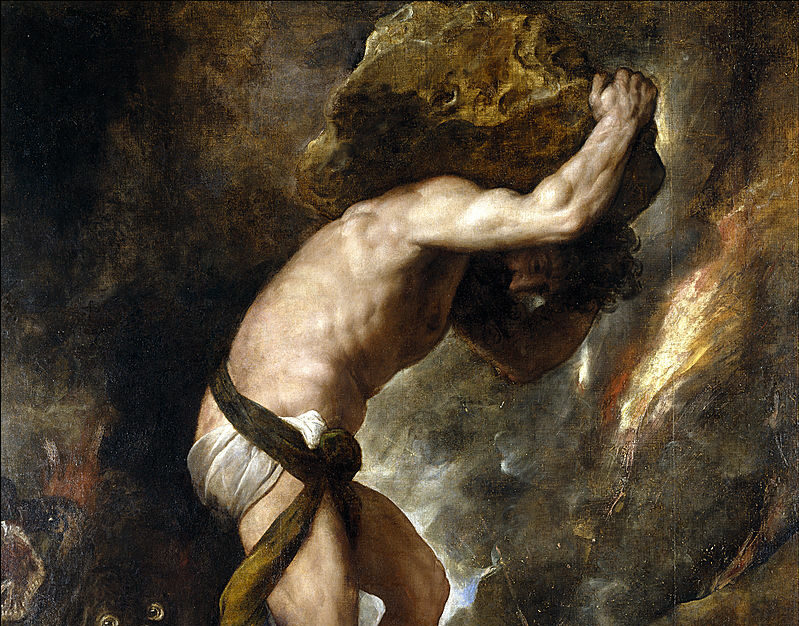 For teachers, the summer is a time for reading and writing. But it is also a chance to reflect on last year’s teaching and how to better prepare for the upcoming school year. Unlike reading and writing, teaching has a repetitive cycle to it that never ends. You finish reading a book or send off an article once completed. However, in teaching your courses you always return to square one every semester with a fresh new set of students.

According to Camus, this myth was emblematic of the modern condition where existence was fundamentally absurd, raising the question: why should one live? While there are rational arguments for and against living, the only way to escape this situation for Camus is to make a decision about whether to live or die – a leap into the unknown – in the hope that one may find a reason to live. It is a type of faith that you will find a reason after you have made your decision.

At the start of the semester, teachers similarly face a choice in seeking an answer to a set of fundamental questions: Why should one teach? How should we approach our students? Do we present ourselves as gurus of esoteric knowledge? Activists for a social and political cause? Or as healers of students’ souls in fulfillment of our obligation to them?

In his novel The Plague, Camus present three models that teachers can emulate in the classroom: the priest Father Paneloux, the political agitator Jean Tarrou, and the physician Bernard Rieux. In the book, a mysterious plague has swept Oran that leads to the city being quarantined. The residents react in a variety of ways, with some trying to escape and others remaining. All try to make sense of the plague – the absurd condition in which they find themselves – in order to give meaning to their lives.

The priest, Father Paneloux, knows what caused this catastrophe: God is responsible, and the plague is the manifestation of His divine justice. The plague is to punish people for their sins and remind them of how to earn eternal life by turning towards God, thereby “transforming evil into good.” This attempt to make sense of a senseless event is portrayed by Camus as dogmatic, rigid, and unbending.

At first glance, this approach may be attractive to teachers. For conservatives who wish to advocate for their ideas against prevailing progressive ideologies, Paneloux presents certainty in a therapeutic world ruled by philosophical relativism. Alternatively, for progressives who believe students need to be “woke,” Paneloux is attractive because of his dogmatic certainty. The question for teachers therefore is not between Left or Right but whether imparting one’s own ideology to students is the best way to teach.

For Camus, the answer would be no. The physician Rieux observes that Paneloux is “a man of learning, a scholar” who “hasn’t come in contact with death; that’s why he can speak with such assurance of the truth, with a capital T.” In other words, Paneloux lives in a world of abstractions that floats above the concrete realities of contradictions and paradoxes. While his sermon about divine retribution is logically consistent, it does not comport with the particular realities that the characters experience in their encounter with the plague where some act selfishly, others cowardly, and a few heroically.

As much as we may want it to be, life is not logically consistent, just like our students whose desires are not formed and consequently are at odds with one another (just think how many times students change their majors in college). To teach students dogmatically is to promote a perspective that does not comport with reality. To claim hidden knowledge is not to teach students but to brainwash them.

This is evident in Paneloux’s own transformation in the novel where, as the toll of the plague mounts in Oran, he abandons his claims of certainty and calls for humility and solidarity. He no longer preaches to the people but with them, invoking the word “we” rather than “you” in his sermons. Before he dies, Paneloux tells his parishioners to still believe in God but with genuine rather than dogmatic faith – to “go forward, groping our way through the darkness, stumbling perhaps at times, and try to do what good lay in our power.”

Another character that moves from certainty to uncertainty in his beliefs is Jean Tarrou, a political agitator who opposed the death penalty. He believes that one has a responsibility to resist injustice everywhere – whether murder, government oppression, or the plague – because it is the act that gives one meaning. Initially, Tarrou believes that his neighbors, who live as they wish by following the same daily routine, are examples of how to resist injustice. But Tarrou eventually realizes their self-imposed isolation from their community makes them selfish instead saints who resist injustice.

It is only when Tarrou starts sanitation squads that he begins to partake in the political community where he forms friendship and experiences solidarity with his fellow volunteers. While it is not clear how much the sanitation squads actually help in combating the plague, Tarrou learns to accept political responsibility that gives his actions meaning. Responsibility provides him a path to resist injustice concretely in his community.

These values are imparted in this “activist” model of teaching only if they are done concretely and humanely. Before the plague, Tarrou lived apart from his community, although he claimed to fight injustice. But it was only during the plague that Tarrou learned how to resist injustice in the world of particulars. Likewise, we should be wary of pedagogies that call to fight for ideological causes far removed from our own local communities. It is only by working side-by-side with others that students can cultivate meaning, solidarity, and responsibility.

Besides the dogmatist and activist, Camus presents the “healer” in Bernard Rieux, who as a physician sees to his patients during the plague out of moral and professional obligations. But, like Paneloux and Tarrou, Rieux “lives in a world of abstractions.” Rieux’s professionalism propels him to care for his patients but his lack of compassion for them precludes any sense of meaning for his healing: “For the moment I know this; there are sick people and they need curing. Later on, perhaps, they’ll think things over.”

It is only with the death of the child Jacques that Rieux recognizes and acknowledges the common bond he shares with the victims of the plague and therefore accepts his responsibility to the community. He begins to feel a moral responsibility to his patients, and, while knowing he can do little for victims of the plague, continues to treat them – a paradox that cultivates empathy and sympathy in him.

Teachers likewise live in a paradoxical place where they are to help their students while knowing they ultimately cannot help them. Teachers cannot coerce students to learn. Students must have their own internal motivations to learn for themselves. But what teachers can do is try to heal students’ souls by accepting responsibility for them in the hope they will learn.

Instead of teaching students dogmas and activist agendas, the healer seeks to clear the noise of society from students’ ears and teach them how to wonder, turning their souls to what is true, beautiful, and good. This is simply another way of describing liberal education. Teaching thus is not the memorization of doctrine or fomenting of revolution but the restoration of the mind and spirit to contemplate the enduring things, both human and divine.

It should be noted that the author of The Plague was Rieux himself, whom the reader discovers at the end of the novel. The novel consequently is a remembrance of those who could have been easily forgotten – the victims of the plague – and those who acted with courage and embraced their responsibility to their community. It is a way to preserve the memory of those who have lived during the time of the plague and a way to inspire others in the future.

As we approach the new academic year, we, like Sisyphus, are condemned to roll the rock up the hill only for it to roll back down. However, this does not have to be a meaningless task – we can escape the absurdity of our condition. We give ourselves meaning by following either the dogmatist, the activist, or the healer. We only have to be willing to take a leap into the unknown in the hope that we may find a reason to teach. And some reasons may be better than others.