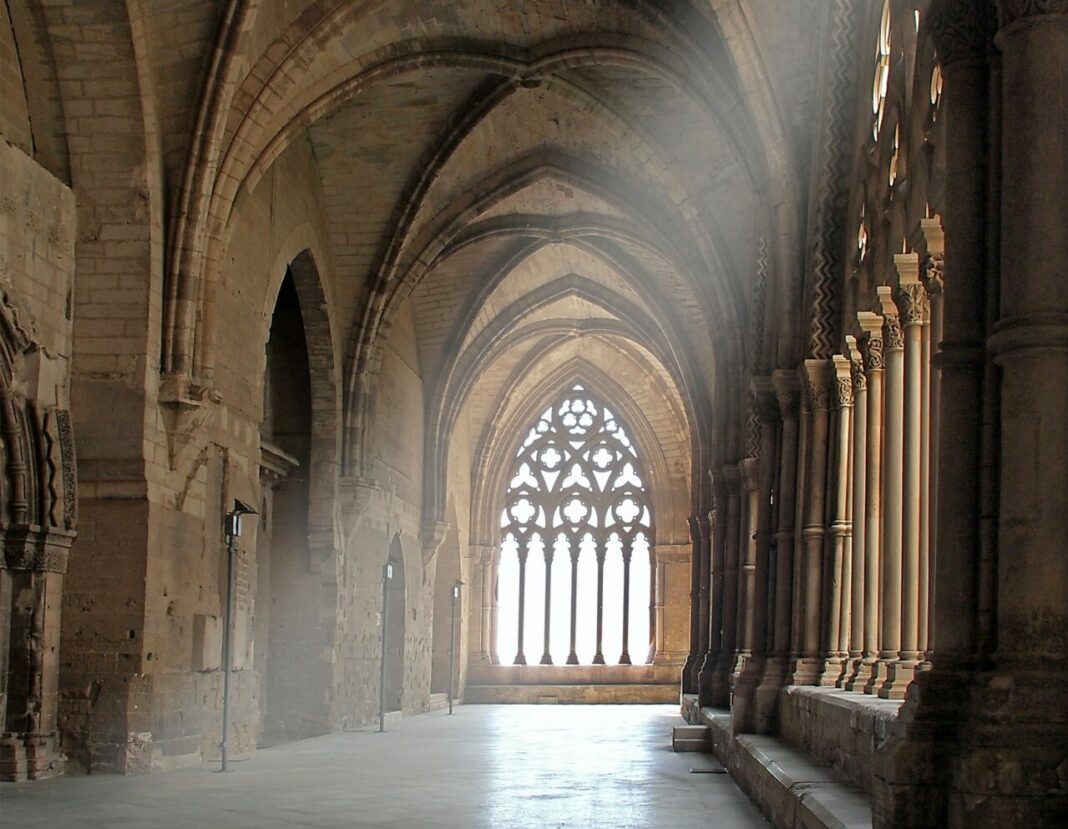 Grove City, PA. Most of us first encounter C. S. Lewis’s works in one of two forms: the imaginative or the apologetic. As children, we wander into The Silver Chair or as young adults we wrestle with Mere Christianity. We immediately come to delight in Lewis’s ability to enchant and instruct, to explain and defend Christianity through simple prose and astounding images, and to weave tales that usher us into profound truths. Jason Baxter’s The Medieval Mind of C. S. Lewis: How Great Books Shaped a Great Mind aims to show that, in addition to these two better known “Lewises” – the imaginative and apologetic (or devotional) – there is a “third” Lewis: Lewis the medieval scholar, a role that provided the inspiration for his imaginative and apologetic works. That is, Baxter contends that this third Lewis is not related to the other two as a mere addition but rather as a source or foundation. Baxter explains, “The purpose of this book is to explore how this third Lewis is just beneath the surface even in his more appreciated imaginative and devotional writings. We will see that the great medievalist was not a successful modernizer of Christianity and writer of fiction despite the fact that he spent so much time studying old, dusty books, but because of them” (6).

As the reader will observe, there are two central aspects of the third Lewis. First, he is a “a great medievalist.” Second, his studying of ancient works is part of what makes his apologetic and fictional works so great. Let’s consider these claims in turn. While at times the third Lewis seems simply to be the scholar at Oxford and later Cambridge, it becomes clear that Baxter is really interested in Lewis’s scholarship connected to the medieval period, and so gaining clarity on this third Lewis requires us to grasp exactly what the medieval period covers. Here we find a rather odd feature of Baxter’s book. Where exactly we draw the boundaries of the medieval period will be a disputed question in part because it depends on the distinctive concerns of various scholarly communities. Lewis himself noted that the distinction between Medieval and Renaissance literature had for too long been “exaggerated.” Thus, one could understand that Baxter might endorse a definition of the medieval period that others would dispute. But, as far as I can tell, Baxter’s definition of the medieval period, or what he calls “the Long Middle Ages,” (9) is all his own. It extends from Plato (4th century B.C.) to Samuel Johnson (17th century A.D.) and “sometimes even to Wordsworth” (11). I can’t say I have ever heard of a scholar who suggested that Plato was medieval.

When I first encountered this puzzling periodization, I was inclined to think the best way to gloss Baxter was that he is really interested in Lewis the premodern. This hypothesis seemed justified insofar as so many of Baxter’s chapters focus on the way the books of the Long Middle Ages formed Lewis’s aversions to many aspects of modernity and populated his imagination with ancient, more grounded ways of being. From the fact that Lewis denies knowing such modern thinkers as Tillich and Brunner while being on intimate terms with St. Augustine, Dante, Thomas à Kempis, Edmund Spenser, Richard Hooker, George Herbert, John Milton, Thomas Traherne, and William Law, Baxter concludes, “In sum, this was C. S. Lewis the medievalist” (4). While such a list hardly justifies the conclusion that Lewis was a medievalist, all these works might reasonably be considered premodern.

A second hypothesis that occurred to me was that Baxter was especially concerned with those authors who contributed to or expounded on the Medieval Model of Reality, the great synthesis of pagan and Christian learning developed over a thousand years, which aimed at explaining everything from the nature of God and the heavens to the nature of plants and rocks, and which began to be widely abandoned in the late 17th century. Lewis describes this model of reality in his masterful The Discarded Image. Plato contributed to it, and Spenser was deeply informed by it, and so perhaps that is the best way to understand Baxter. And yet even this does not seem quite right, as some 20th century figures, such Rudolf Otto and Martin Buber, figure significantly in Baxter’s discussion of works that influenced Lewis (in chapters 6 and 7 respectively). In the end, the works discussed by Baxter as significant influences on Lewis belie any simple taxonomy.

Baxter does better at delivering on his second contention: these works, regardless of how exactly we define their class, served as a constant source of inspiration for Lewis’s apologetic and fictional writings. But a reader who loves Lewis might wonder why it is important to study this third Lewis and, unfortunately, Baxter’s answer is never explicitly stated. One possibility is that Baxter thinks many misinterpret works or specific claims Lewis makes because they fail to understand the works from which he is drawing. A second possibility is that we will fail to appreciate that Lewis’ genius was these medieval works and thus lose out on our own opportunity to be directly nurtured by them as he was. If the former, we would expect Baxter’s chapters to focus on how understanding these source texts illuminates Lewis’s works. If the latter, then we would expect Baxter to identify and offer some introduction to these thinkers so that the reader can begin to sojourn in these works on her own. In fact, we find Baxter doing both.

After introducing the aims and scope of his book in the introduction, Baxter turns in chapter 1 to articulating two central features of the Medieval Model: the ordered and iconic nature of reality. Reality is not a chaos waiting for us to impose structure on it or make it what we want; it is rather a cosmos with a nature independent of our wishes, demanding us to conform to it and pointing us back to its Creator. The remainder of the book takes up key ways in which modernity departed from these twin features of the Medieval Model and how Lewis’s immersion in many (but not exclusively) medieval works furnished him with resources to retain a “symphonic” (i.e. ordered) and “sacramental” view of reality (33).

Chapter 2 unfolds two ways Lewis’s craft of writing, its aims and forms, was heavily indebted to the Long Middle Ages. First, literature, rather than merely cataloging what something is, rather than merely telling us about it, has the ability to give us something like a direct acquaintance with the object itself, allowing us to see it or experience it. Thus, literature has a power to communicate that eludes syllogisms. Second, that writers should most fundamentally be imitators rather than creators or originators (in the modern or romantic sense). Excellent scholarship requires wise discipleship.

Chapter 3 charts the shift in world picture from medieval to modern, focusing on the loss of a sense of the cosmos pointing to something outside itself, and chapters 4–8 present ways the Long Middle Ages enabled Lewis to counteract some of the more pernicious modern tendencies. The issues range from the nature of language to psychology to physics to technology. While the specific aims of Baxter’s chapters are sometimes frustratingly elusive, the discussions themselves are often insightful and, for those unfamiliar with the works Lewis is drawing on, serve as an instructive introduction to a rich constellation of practices and ideas. Allow me to highlight some strengths and weaknesses of a couple of these discussions.

In my view, chapter 5, where Baxter illuminates Dante’s influence on Lewis, is Baxter at his best. Baxter compellingly shows that in Dante Lewis found a model poet who is able to furnish our imagination with images that enable us to love God and his kingdom as we should. Dante’s images of core Christian teachings kindle the fire of our loves, which often wanes when only taught in abstract and purely didactic ways. Moreover, Dante taught Lewis how to communicate these truths in palpable imagery: “decapitated troubadours, sinners who scream at God, blind beggars leaning on one another’s shoulders for support, or the souls on Saturn buzzing around like tops to express their joyful zeal” (91). This chapter sings and is exactly what I would have guessed the book was about. The reader is treated to discussions that illuminate Lewis by introducing us to Dante, and this taste of Dante gives us an interest to seek out the well from which Lewis drank.

Other chapters are less successful. Chapter 7 articulates Lewis’s idea of “deep conversion.” Baxter is attempting to get at the idea that conversion is both a point and a line. We are converted when we repent and turn to God, surrendering all to him, yet the act of conversion is also the lifeblood of the Christian: we daily surrender by turning over more and more of our lives. The Christian doesn’t just surrender to God (in the abstract) but also surrenders her job, her relation to her kids, her fear of death, her lecture this afternoon. Deep conversion is where we “let God enter into even these small and humble things” (132). Baxter’s discussion is deeply moving but not without problems. For example, he attempts to illustrate deep conversion with Dante’s act of repentance in Canto 31 in Purgatorio and Orual’s unveiling at the end of Till We Have Faces. The problem is that neither of them illustrate deep conversion. Orual’s problem was not that she had failed to surrender certain aspects to God, it was that she hated God. She had not surrendered at all. Not even Dante’s repentance illustrates this point, for Beatrice chastises him for falling away:

he took himself from me and gave his love

Baxter is right to emphasize that a great mind is formed by the Great Books and his book discusses important themes in and influences on Lewis. However, I cannot but help think of Lewis’s own words:

The student is half afraid to meet one of the great philosophers face to face. He feels himself inadequate and thinks he will not understand him. But if he only knew, the great man, just because of his greatness, is much more intelligible than his modern commentator. The simplest student will be able to understand, if not all, yet a very great deal of what Plato said; but hardly anyone can understand some modern books on Platonism. It has always therefore been one of my main endeavours as a teacher to persuade the young that firsthand knowledge is not only more worth acquiring than secondhand knowledge, but is usually much easier and more delightful to acquire.

I believe this holds true in the present case. While Baxter offers us some help, a student deeply interested in the formation of Lewis would be better served by turning to Lewis himself. Among other works, his Surprised by Joy makes clear just how much his life was indebted to Great Books, and his wonderful and accessible Discarded Image offers his own unearthing of the Long Middles Ages. And should students be eager to engage the works that were formative for Lewis, Boethius’s Consolation of Philosophy and Virgil’s Aeneid are delightful places to begin.

Finding Arcadia: The Garden in the Cosmos in Latin Literature