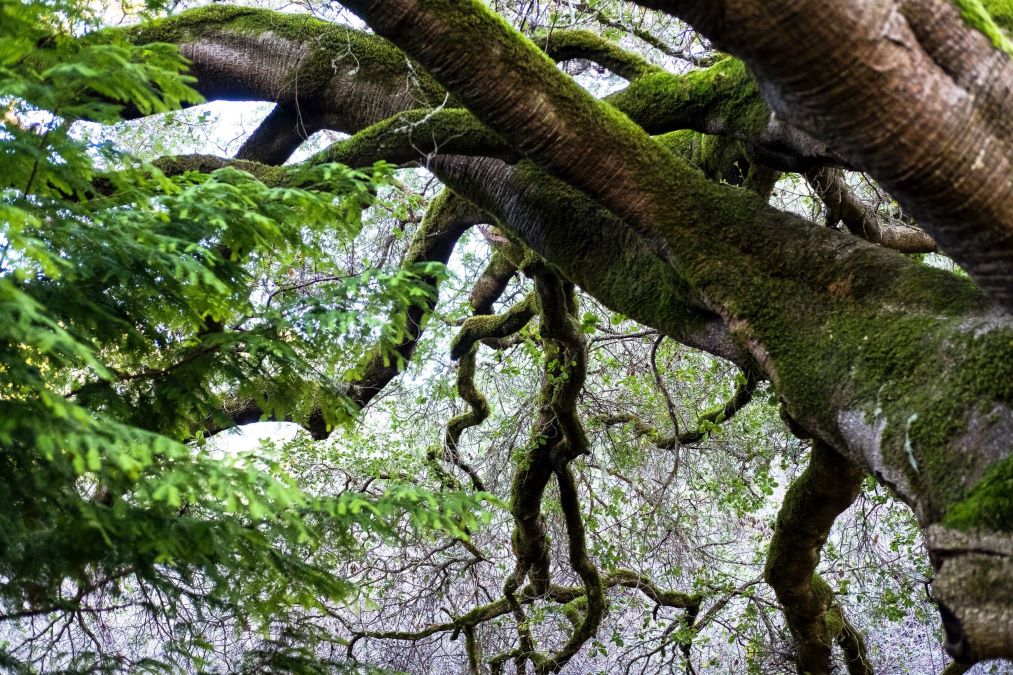 Greenville, SC. Over the past few decades, Norman Wirzba has written prolifically and persuasively on how Christians can better understand their role in the created world. His latest book, Agrarian Spirit: Cultivating Faith, Community, and the Land, gathers the wisdom of the Bible, Wendell Berry, Christian mystics, and thinkers from other religious traditions to argue that agrarian virtues can refresh the spiritual practices of Christians. Wirzba has made this argument before, namely in writing that responds to Berry’s more mystical poetry. But here he is more comprehensive and somewhat more emphatic: the “God of scripture is an agrarian God” who calls Christians to practice a “genuinely grounded spirituality.” Wirzba explains that this agrarian Christianity would be “strikingly at odds with the economic policies and political priorities that define our modern world.”

The book begins by addressing the mind-body, nature-spirit dualism that characterizes Western thought, then reconsiders Christian habits—prayer, generosity, humility, hope, among others—in light of agrarianism. By “agrarianism,” Wirzba does not mean farming only. For him the term entails a broad respect for and responsibility toward the land, even when people aren’t actually tending the soil or raising livestock. Wirzba wants Christians to infuse agrarian principles and the humbling analogies they provide into their religious practices. For instance, a good farmer knows that his or her crops depend on an entire ecosystem, not just the soil beneath. Likewise, a self-sufficient Christian is an oxymoron. Christians depend on Jesus Christ and each other, and they need to remember that they rely on the world God has made. Wirzba’s sincerity in this endeavor is never in doubt. He genuinely believes agrarianism can renew the Christian life.

Yet Wirzba seems aware that only a small subset of Christians will listen to and consider this argument. He assumes that dualism is the default for Christians today. Accordingly, most Christians emphasize the soul and aim for a disembodied heaven even though Christian sources teach heaven coming down to earth, and, as a result, they neglect the ethical implications that proceed from the hope of a new creation. Rather than trying to convince the opposing side, Wirzba writes to those who already believe God’s earth is endangered and are now seeking a practical solution.

However, more kinds of Christians are embracing agrarian ways of being than Wirzba seems to recognize. In Greenville, South Carolina, where I live, conservative homeschooling moms teach their children how to raise chickens. Men who in other venues renounce “climate change” and environmental policies grow vegetables in their backyard. If “social justice” remains off their radar, they intuit the value of working God’s earth and tending to his creatures. They are skeptical of the government and large-scale solutions. To an almost ridiculous degree, some of them fear the coming apocalypse, the Great Reset, as it is sometimes called. Indeed, apocalyptic fear may be their main motivation for adopting agrarian practices. But they also believe in the inerrancy of Scripture, and so many of them envision heaven not in the clouds but as a New Jerusalem, earth transformed by Christ’s return. They may not feel at home in the hallways of Duke University, but they resonate with the earthy Christianity of someone like Joel Salatin.

I am not faulting Wirzba for failing to include these examples of more conservative Christians who practice agrarianism. But I would ask whether his theology of agrarianism, written in an academic context, can speak to and challenge the church at large. The book appears framed to reach two audiences: professing Christians who may not value agrarian wisdom, and academics or progressive believers who may be skeptical of Christianity’s exclusive claims. This two-fold audience causes some rhetorical dissonance. In appealing to the latter audience, Wirzba seems wary to develop the Christian practices for their own sake. He thus implies that agrarian virtues might redeem Christianity, dress it up, and make it respectable to an academic audience.

Agrarian Spirit is at its best when pulling from the historic Christian tradition, incorporating Scripture, Christian mystics and philosophers, and the orthodox creeds for what they profess about nature, the body, and resurrection. And Wirzba convincingly draws on agrarianism to show that dualism is a Christian heresy, with roots in ancient Gnosticism. When he moves to refine modern Christianity and its spiritual life, though, he frequently draws on other traditions and more academic sources while turning to the Gospels and mystics to fill out the picture. This approach risks alienating the Christian audience. Meanwhile, the more academic audience may be wondering: why prioritize Christianity, of all religions?

Wirzba works hard to bring this scholarly book, published by a university press, down from the ivory towers. Putting aside his expertise in theology and philosophy, he will often write in a devotional mode of imperatives: “Make regular eating together a priority,” “Practice the Sabbath,” “Practice celebration,” “Grow some food,” “Punctuate each day with a time of thanksgiving.” Some readers will find themselves savoring these practical tips and appreciating the candor. But I wonder whether, in fact, these imperatives function as a kind of self-congratulation for the elect. “We” already practice these or have at least recognized their value, and thanks for the affirmation. And while the imperatives aim at both audiences, substituting the supposedly bland “pray before meals or at bedtime” with “punctuate each day with a time of thanksgiving” might strike some readers as too vague or perhaps evasive.

Agrarian Spirit’s very chapter titles could provoke a skeptical, even negative response. “Learning to Pray,” “Learning to See,” “Learning Humility,” “Learning Generosity”: agrarianism comes on the scene and claims to instruct us how to pray, how to see, how to be humble, how to be generous? These titles seem to put too much of a burden on the agrarian idea; they betray a lack of trust in the Christian practices themselves to instill agrarian ways of being. Monks tending the soil do not need “agrarianism” to understand the interplay of work and prayer. Conservative homeschooling moms do not need agrarianism to know that growing vegetables renews their children’s vision.

Take “Learning to Pray,” for instance: Wirzba operates on the premise that for most Christians, prayer is a mental, personal undertaking, centered on individual wants and needs. But for Christians who still attend weekly prayer meetings or recite liturgical prayers that exceed individualistic desires, prayer is richly physical, communal, and historical. Granted, most Christians have a long way to go mastering Paul’s admonition to “pray without ceasing” (1 Thessalonians 5:16-18). But it would be Scripture and the ordinary gathering of the saints, not agrarian philosophy alone, that would enable such growth.

Agrarian ways of being are indeed important, and Berry’s writings are indispensable for Americans seeking to follow the gospels and resist a consumeristic lifestyle. Yet Christians value his work for many reasons, some of which are sidelined in Agrarian Spirit. Berry presents marriage and family life as fundamental goods, even if his characters sometimes fail the ideal. He emphasizes the small-scale communities that placed families help create. He even affirms the rhythms of church life: the new beginnings and baptisms, the deaths, the hymns, the Sunday rest. His protagonists are usually wayward seekers, but they often return to the words of Scripture or, in Jayber Crow’s and Andy Catlett’s case, the Christian vision of Dante. Can agrarianism be sustained without these Christian distinctives, some of which receive short shrift in Agrarian Spirit?

Despite these shortcomings, the book has real strengths. In particular, Wirzba intervenes helpfully in academic debates about environmentalism by showing that eco-theology could benefit from the practical spirit of agrarianism. This book is much more accessible than, say, Douglas E. Christie’s The Blue Sapphire of the Mind: Notes for a Contemplative Ecology (2012), which followed a similar structure with chapters organized around a contemplative practice but struggled to differentiate itself from secular philosophies of attention and environmental enlightenment. Those looking for a scholarly book that refines Christian environmentalism into practical, down-to-earth imperatives should look no further than Wirzba’s book. Over a decade ago, Ellen F. Davis’s Scripture, Culture, and Agriculture: An Agrarian Reading of the Bible (2009), employed an expertise that Wendell Berry himself has openly appreciated. Davis, an Old Testament scholar, took his “agrarian” readings of Scripture and enriched them by attending to the Bible’s literary genres, sources, and historical contexts. One could say that Wirzba seeks to do the same but with the Gospels and the Christian mystics.

Still, the closer one gets to recent Christian history, the more urgent it becomes to think about how Christians today are or are not applying agrarian principles, and what prophetic intervention might persuade them to change course. Wirzba argues that agrarian thought can transform the way Christians pray, the way they give, the way they hope. But the relationship runs the other way as well. Might prayer transform environmentalism? Might Christian generosity exceed climate change philanthropy? How does hope in Jesus Christ contrast with today’s apocalyptic fears? Many Christians are hypocrites, some are dedicated capitalists and destroyers of the earth, but the Christian tradition continues to hold within itself resources and the spiritual power to revive and renew, whereas agrarianism cut off from Christ will inevitably disappoint. Wirzba believes the church can rediscover its distinctively agrarian spirit, even if his book struggles to address how that might be accomplished among believers generally skeptical of academic conversations.