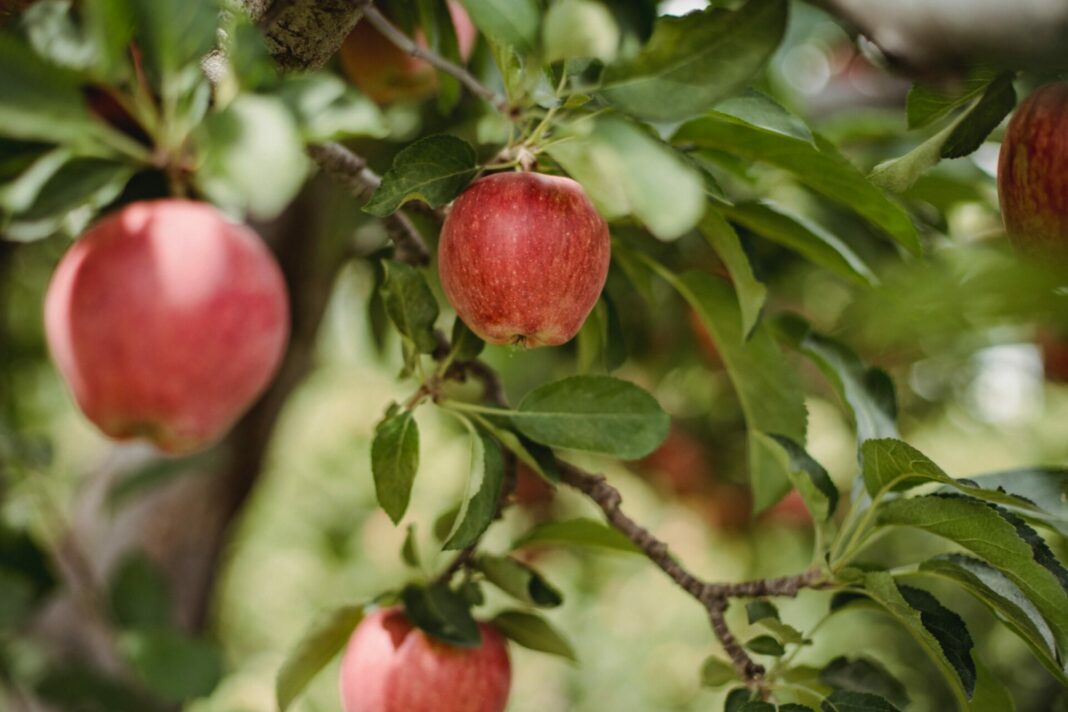 Unity, ME. Truth, Beauty, and Goodness are known as the “transcendentals.” Our appetite for them transcends any utilitarian purpose. We desire things like apples not for their own sake but always for some other reason. I desire a bite of apple because it is tasty or healthy, I desire health because it allows me to do things, I desire the ability to do things because…and on and on. Only Truth, Beauty, and Goodness are desired for their own sake. Their horizon is infinite – as David Bentley Hart maintains – transcending our finite experience even though every desire we have is enfolded within our transcendent longings.

Beauty is sometimes the forgotten transcendental. It shouldn’t be. As D.C. Schindler explains, beauty is how reality makes itself known to us in its purest form. In beauty, the appearance of reality (rather than the goodness of the reality itself) meets our perception of reality. We can look at a painting of an apple and recognize its beauty without being able to derive nutritional goodness from the apples. But this doesn’t mean that appearance is superficial because appearance is appearance of reality. Beauty awakens us to the presence of the Good and True.

So, what is true? To paraphrase Catherine Pickstock: “Why can we not only say that ‘the apple is red’ but also that ‘it is true that the apple is red?’” Philosophers have just about given up trying to prove that truth is a correlation between what is out there and what is in our head even though that is what most of us think of as truth. But, as Pickstock argues, maybe the correlational approach – to strictly separate our thoughts about nature from nature itself and then try to figure out how they could correlate – is an abstraction. Our true condition, says Pickstock, is that we and the apple exist in the same reality. Our bodies already mediate between our thoughts and the world. How do I know an apple, an apple tree, or my apple tree pruning saw? From looking at them from every possible angle? Or do I know by pruning the tree, picking the apples, and eating them? Perhaps, Pickstock proposes, truth is what we find when we act in the world.

Our true condition is that we are beings who pick apples and prune trees. As Pickstock explains, we do this because we are cultural beings, and we are cultural beings because we use language. When we say, “She is eating an apple,” we have a subject – “she” – and a predicate – “an apple ” – and the copula “is” linking the two. Extreme philosophical realists focus on the object, the “apple.” The extreme idealists – those who say our perception is all in our heads – focus on either the subject “she” or the copula “is.” Rather than this abstract way to approach truth, perhaps we would get further with a cultural, grammatical, “hands-on” approach that recognizes ourselves as beings that share reality with the apple: we know the world as we work with and identify with it. And if truth is infinite in depth, then we should expect our grasp of it to be tentative and to find a wide diversity in the way humans express it.

Some folks today make the case that our consciousness of beauty and goodness and even our experience of reasoning are simply illusions, epiphenomena of natural exchanges of matter and energy in our brains. The world then is meaningless. I, however, side with those who flip this script. The world is, at bottom, something akin to Infinite Mind, and we finite beings are gifted with the experience of participating in this infinite act of consciousness. The meaning, order, and intelligibility of the world – and its fittedness to our consciousness – are real because they both participate in and have their source in this greater reality.

Fearful of the Scylla of pantheism, many Christians get caught in the Charybdis of Deism, and with it see nature as pure mechanism, devoid of intrinsic meaning. If we remain mindful that nature is a finite participation in the Infinite, we can courageously and confidently explore the intuitions of various traditions for what they may offer us. For example, paraphrasing from David Bentley Hart’s delightful Roland in Moonlight, if finite, material apple-iscious reality has its origin in an infinite act of consciousness, then as Hart explains, each thing – trees, apple trees, this apple tree – has its own particular meaning that is, in some way, analogous to our own experience, individual and personal. And, as Hart (or his dog, Roland) speculates, “if creation comes from an infinite act of mind, then there is one who consciously knows, from the inside so to speak, what is like to be this tree.” And “wouldn’t this infinite personal depth have to express itself…in a finite personal interiority of sorts?”

And if trees, apple trees, and this apple tree are in some way analogous to our individuality then “why not identify this interior dimension by its traditional names?” The Mikumwess of the Penobscot and Passamaquoddy who lived here before our orchard was planted, or the “Fairies, Dryads, and Hamadryads of other traditions?”

So, during apple season this fall, pick yourself an apple, eat it fresh from the tree, reflect on its goodness and beauty, and…on some evening when you are feeling particularly open to the numinous, take a quiet walk in a nearby orchard and look for the fairies.

The Dignity of Craft: In Praise of Mortise & Tenon

The This-ness of This Place: Introducing Belle Point Press and Mid/South Anthology