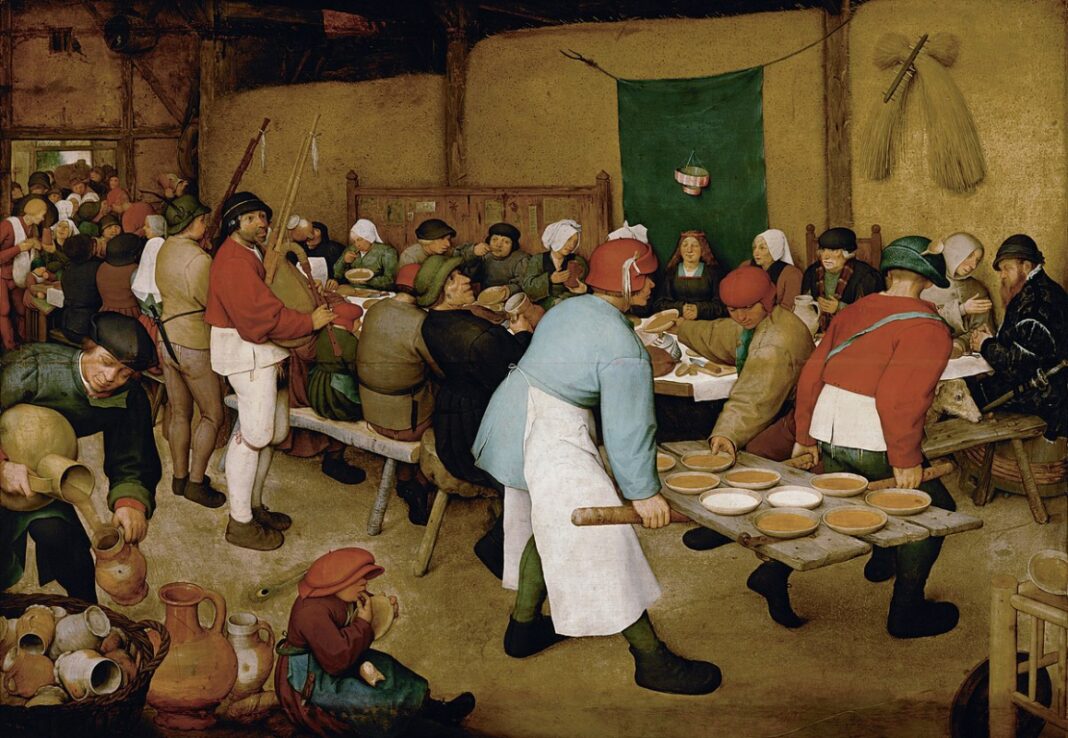 There is a spirited debate among US progressives about the social and ethical dimensions of “identity politics.” Do such politics hamper collaboration or simply acknowledge the reality of the inequitable distribution of wealth and power? We don’t aim to settle the question but would rather like to add another category for discussion.

First, what is identity politics? Most use it to describe the project of developing and advancing political agendas from the shared experiences of injustice based on such categories as sex, sexual orientation, race, and ethnicity. Second, why is there disagreement? Some suggest this approach is in tension with a class-based politics that puts economics and the control of wealth at the center of the political struggle.

We are not going to weigh in on this often-fraught debate, though if we did we would take a cautious position that would highlight the complexity, seeing some merit in many of the arguments. Instead, we want to point out the centrality of another identity in most of the world: the Consumer.

People have always consumed things, of course—food, water, and various resources, those naturally occurring as well as manufactured by people using tools—but it is only recently that capitalism created the widespread identity of the Consumer. Our analysis of twenty-first-century identity politics starts with a simple claim: there are many identities that are the basis for differences among us that require continued attention in the pursuit of justice. And at the same time, we need to renounce the common identity of the Consumer.

Of course not everyone consumes at the same level, due to wealth disparities rooted in unjust social systems. But along with our obligation to struggle for justice, we need to tell stories about what it means to be human beings who consume to satisfy needs rather than people who conform to capitalism’s illusions to satisfy wants.

Our rallying cry: The end of the Consumer in us all!

People typically don’t want to see themselves this way. Indeed, both of us bristle at the thought of being lumped into the Consumer identity, since we pride ourselves on not keeping up with fashion or every new gadget. But it would be folly not to recognize and try to root out the Consumer in ourselves.

We don’t confine this identity to those who clamor for consumer goods that no one would consider necessities. Consider the people who line up to buy the latest smart phone or those who eagerly await the new version of a video game. Folks who shell out lots of money to attend spectator sports and buy team jerseys are Consumers. So are people who flood into a stadium to see a pop music star and buy the concert T-shirt. And the people who open their wallets for premium coffee and trendy baked goods. And the people who special order granite countertops to ensure the ultimate cooking experience. And on and on, up and down the aisles of stores, click after click on the websites.

We’re not saying that communication devices, home entertainment, sporting events, concerts, caffeinated beverages, breakfast pastries, or well-built kitchens have no value. We are saying that in a mass-marketed world, even items of real value get sold to us in ways that are as much about how we feel as what we need.

We don’t exempt ourselves. Jensen winces at the thought of the many years he bought books that he knew he likely would never read, simply because seeing those volumes on his bookshelf made him feel good and, he hoped, would convince others that he was smarter than he was. Jackson can point to the four vehicles in the driveway of his two-person home (older vehicles, but one car and one pickup per person), which he might argue is at least two and maybe three vehicles too many.

If any readers protest and claim to have rejected the Consumer label for themselves, that’s fine. But whatever self-image we have, the advertising and marketing wings of capitalist enterprises are clear about how they see us. “The way consumers see themselves determines their behavior—and you can influence that,” promise three business professors writing in the prestigious Harvard Business Review. “It’s surprisingly easy to make consumers switch identities and even to give them new ones.”

The business literature is crammed with research and strategies for how corporations can create and manipulate our identities and spending habits, mostly in the context of getting us to buy specific goods and services. But our focus is not on businesses’ competition for our allegiance to specific brands but rather the allegiance to consuming, the way a consumer capitalist economy needs us to embrace the identity of Consumer.

Rejecting the Consumer in us all and embracing a new identity isn’t so easy. Capitalism has depended on both state and private violence to get established and survive (think of imperial wars to acquire resources and establish markets, and decades of strike-breaking). But the strength of the identity of Consumer is maintained primarily through pleasure. For most people it feels good, at least in the short term, to consume. Once we settle into the Consumer identity, it’s surprisingly hard to escape, especially given how mass media and social media reinforce the pleasures of consuming as our capacity to imagine alternatives atrophies.

Because it’s so difficult for so many of us to extract ourselves from the consuming lifestyle, it’s tempting to argue that individual choices don’t matter and that it’s the economic system that needs to change. We agree with the latter observation; there is no way out on our own. We have to analyze the system and come up with political strategies that make it possible for all of us—as a society—to consume less per capita and more equitably distribute wealth. Though it’s not popular, that means we need to find a way to collectively impose limits on consumption and institute rationing to ensure fairness.

Freeing ourselves from the corrosive Consumer identity isn’t an individual task, but a call for system change rings hollow if we are afraid of personal change. How can we imagine a world beyond the Consumer if we can’t talk about our experiences of consuming and acknowledge that down-powering will not be easy?

Yes, for virtually all of human history, people lived without much of what we consume today in affluent societies. And some communities today lack access to all those goods. But neither of those observations is a solution. With nearly eight billion people and degraded ecosystems, the task is not to pretend we can easily replicate the past but to wrestle with impediments to a just and sustainable present and future. One of those impediments is what Wallace Stegner described as “things that once possessed could not be done without.”

This essay is drawn from An Inconvenient Apocalypse: Environmental Collapse, Climate Crisis, and the Fate of Humanity.