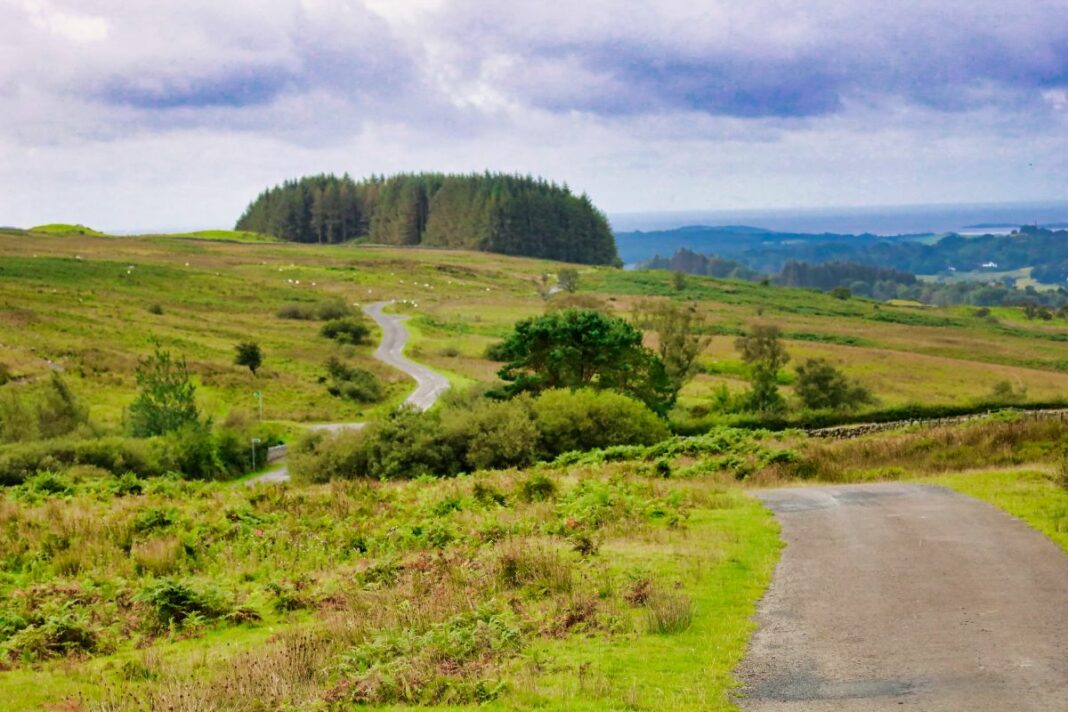 Livingston, MT. In February of 2018, then Attorney General Jeff Sessions referred to the “Anglo-American heritage” of the office of sheriff. Strangely, many in the media responded with consternation. Although acknowledging that the word “sheriff,” is, in fact, an Anglo-Saxon word meaning “protector of the shire,” many media figures were upset at the observation that much of American law and culture derives from England.

This is not to say that all American culture is derived from England. Indeed, as Samuel Goldman notes in his After Nationalism: Being American in an Age of Divisions, there are a host of different versions of American identity that have arisen over its nearly three hundred years of existence. The Anglo-Saxon or English mark on American identity, however, is nonetheless one of the most pronounced.

Although technically a “dead” language, the language of the Anglo-Saxon people, itself Anglo-Saxon or “Old English,” remains prominent in contemporary consciousness. Many college undergraduates as well as even high school students still must make their way through the great Anglo-Saxon epic Beowulf (usually in Irish poet Seamus Heaney’s masterful translation). Moreover, the works of the great Anglo-Saxon scholar J.R.R. Tolkien give fantasy nerds a brush with the world of the Anglo-Saxons, including their beautiful and mysterious language.

In her recent book The Wordhord: Daily Life in Old English, Old English scholar Hanna Videen has undertaken a careful and generous exploration of the Anglo-Saxon language. As Videen notes, much (indeed, almost all) of Old English is unintelligible to contemporary readers who lack training in the language. Shakespeare, written in Early Modern English—though still difficult for contemporary readings—is nonetheless still legible to us. Chaucer’s Middle English works are more difficult, if still readable with the help of a “gloss” (translations and clarifications on the side of the page). Works like Beowulf, “The Dream of the Rood,” “The Wanderer,” and “The Seafarer” are, however, unreadable without the aid of translation. It would take the Norman Invasion in 1066 and an injunction of Norman French into Old English eventually to produce the Middle English of Chaucer.

The gradual change of the English language does not mean that traces of Old English words do not still influence us today. There are only about 3.5 million Old English words written on about 200 manuscripts with the earliest manuscript dating from around the 8th century A.D. The greatest production of Anglo-Saxon works occurred during the reign of King Alfred the Great (A.D. 849-899) who attempted to preserve his people’s culture during the dark time of Viking assaults on the British Isles.

Anglo-Saxon was brought to the British Isles by Germanic peoples who settled in England during fifth and sixth century A.D. after the Roman Emperor Honorius abandoned Britain in A.D. 410. They conquered and ruled Romanized Britons (as well as others such as the Scoti), replacing their language and modifying their culture. Although the popular imagination envisions the “Dark Age” Germanic migrations across Europe as being marked solely by irrational brutality committed by hordes of rampaging men, the migration of the Germanic peoples to what would become “England” was also at least in part a peaceful settlement of people that included entire families who migrated to the British Isles. These Germanic people brought their language with them and supplanted the indigenous tongue. However, even the Anglo-Saxon language was molded and shaped by outside influence. Christian missionaries who arrived in the 6th century brought Latin with them along with, more importantly, the Latin alphabet, and the later Viking raiders added a number of loan words to the developing English language.

Prior to the introduction of the Roman alphabet, the Germanic people used a number of mysterious runes—many of which were thought to have magic properties. Similar to some East Asian languages, Germanic runes generally correspond to concepts or ideas. Early Anglo-Saxon works occasionally contain a hybrid of runes and Latin script. There are further, as Videen notes, Old English words and phrases that do not directly translate into contemporary English but which, nonetheless, have a delightful linguistic and imaginative resonance. Numerous examples include gafolfisc or “tax-fish,” which is a fish paid as a tax as well as ūht-cearu, which refers to “pre-dawn anxiety” and, finally, “wordhord,” which refers to something like one’s vocabulary or speaking ability.

The chapters in The Wordhord are structured around various facets of Anglo-Saxon life, including “Eating and Drinking,” “Searching for Meaning,” “Marking Friends and Enemies,” and “The World Outside.” Dr. Videen clearly has a deep passion for the Old English language as well as for early medieval culture—as various anecdotes reveal, she also appears to be somewhat of a fantasy geek, as well. The chapters reveal an intimate exploration of Anglo-Saxon life and the language that shaped and reflected it.

Although much of their diet consisted of bread, Early English men and women did not have much access to an ofen or modern “oven.” Bread had to be made in communal or monastic ovens. Such a communal life may seem attractive to isolated and alienated post-postmoderns living in the twenty-first century. However, one can imagine the abuses and power struggles that might have arisen over use of a communal bread oven. In the Anglo-Saxon household, the ruling male was a hlāford, which literally means “bread lord” and which later simply becomes “lord.” The female ruler of a house was the hlǣfdige or “bread maker.” The Anglo-Saxon word for bread, hlāf, of course, eventually became “loaf.” English breakfast was morgen-mete, which, as the reader might suspect, is literally “morning meat,” although “mete” or “meat” did not necessarily denote animal flesh at the time—it would take much, much later for the traditional, very meaty English breakfast to develop. Morgen-mete might be accompanied by the curious morgen-drenc, which was not, of course, tea or coffee but some sort of medicinal or magical elixir taken in the morning.

The Anglo-Saxon world and early Germanic worlds are generally associated with violence and war in the popular imagination. As Videen notes, “enemy” did not enter the English lexicon until the fourteenth century. Old English rather used the term “fēond” from which we get the word “fiend.” A friend was, however, a “frēond,” although Anglo-Saxons used the term “wine” as well for friends and kinsfolk—an “un-wine” was then someone who was not a friend or an “un-friend”—a term that would later appear in the twenty-first century to describe removing one from his or her social media coterie. A person with a lot of friends was “frēond-spēdig” or “rich in friends,” whereas someone without friends was wine-lēas, and someone who walked alone was an “ān-stapa” or “one stepper.” Loneliness, melancholy and loss often mark many of the principal Anglo-Saxon works that are handed down to us, and such a “stiff upper lip, keep calm and carry on” mentality still marks the best of what it means to be British.

Videen importantly notes that English continues to change. The twentieth century saw the introduction of new words in the Oxford English Dictionary such as “cybercrime,” “genome,” and “smartphone”—curiously added as early as 1980—while the twenty-first has developed such terms as “gamification” and “selfie.” English, like most languages, is malleable and adaptive. It is further “hungry” in as much as it likes to borrow words from other cultures and also rapidly adapts to technological changes. Nonetheless, the stateliness and beauty of the English language should be preserved as best as possible, for a language and thus a culture must have foundations.

America has changed, but, at the same time, it has remained the same. As even moderate progressives (including Barack Obama) have noted, America is quite clearly an Anglo-Saxon country in as much as Americans use English as their primary language. It is also an Anglo-Saxon country in as much as English (and Scottish) thinking on law, economics, and politics is the principal influence on American discourse. At the same time, America is also (and has always been) a diverse country (even when America was an overwhelming ethnically European country, there were a host of divergent European immigrants that brought their cultures to the New World). In order to reconcile these increasingly competing and hostile cultures in our current, chaotic milieu, it is necessary to forge a politics of honesty and integrity. As hinted by The Wordhord’s emphasis on daily life, the true and good political life begins with the small things of home life.