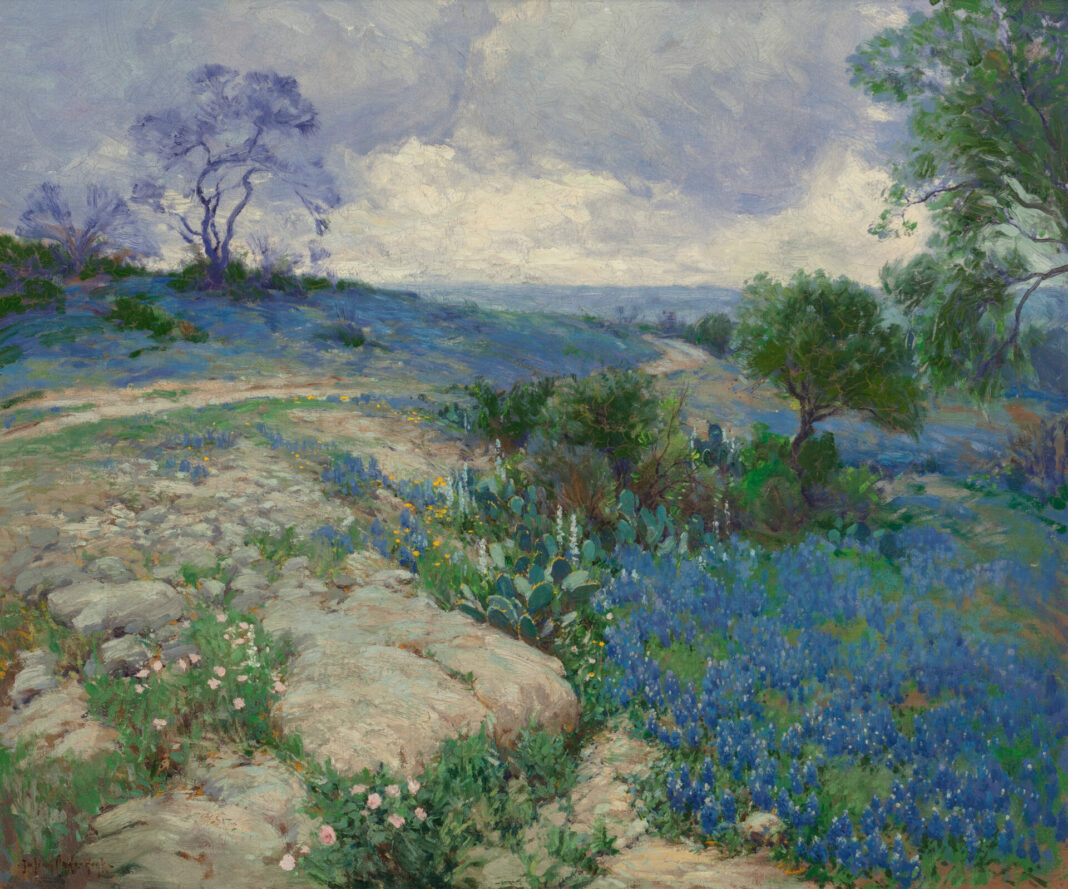 West Palm Beach, FL. If you watch college football, there’s a good chance you’ve seen, or seen an ad for, TrueSouth, a television series on the SEC Network. The show is hosted by John T. Edge, author and director of the Southern Foodways Alliance. If, for some reason, you don’t like college football, you should still turn to the SEC Network for this show. TrueSouth travels to different towns in the South, exploring food and culture and interviewing local people, all the while exploring “Southern beliefs and identity.” Each half hour episode also has a remarkable soundtrack.

Any given show opens with beautiful visuals, a well-chosen song, and the colorful yet thoughtful narration of the host, John T. Edge. In a voice rich as country gravy, he introduces the town and sets the scene. In the opening of the Tompkinsville, Kentucky episode, Edge says: “The roads of southeastern Kentucky rise and fall, past old tobacco barns, over green hills and down oak and hickory-lined switchbacks. If there’s a prettier drive in the South, I have not seen it.” Every episode takes us to some city or town, with its well-loved local restaurants and the residents who make the place what it is.

We see each town in the golden hour, framed to perfection, but the show is not just celebratory of the South or a travel show with a love for real barbecue, the kind that requires even its charcoal to be the product of a traditional and time-consuming process. TS attempts to tell us something true and thoughtful about these places in our country and the ways in which they exceed our expectations. The episode about Brownsville, TN, features Billy Tripp’s “Mindfield” steel sculpture. Edge reminds us that “small towns only feel normal from 30,000 feet. Up close, they’re filled with passionate people like Billy, doing strange and passionate things with steel and solder.”

In these episodes, TS brings the South to life and to light. Edge shows us the beauty of a perfect bologna sandwich and almost has us experiencing the smell of a LAHA burger, but he doesn’t deny that some neighborhoods have fallen on hard times and that some of the fish sandwiches he samples aren’t just traditional working man’s food, but are still eaten by those working paycheck to paycheck. He recognizes when there are food traditions just across the railroad tracks missed out on because of racial division. Yet TS is a show buoyed by hope. At the end of the Brownsville episode, Edge acknowledges that it is an old cotton town without an obvious future. But he closes hopefully, “We spent time with the people who call this place home, a barber, a fishmonger, a pitmaster, an artist. We left having caught a glimpse of what’s possible for a small town when its citizens have and hold a vision of themselves and of home. What is possible for all the towns that dot the highways of the American South.”

In some ways, we can think of TS, and many travel shows, of following in the footsteps of Anthony Bourdain. Since Bourdain, travel shows have sought out not only celebrated places but places with regulars, not just fancy food but well-loved food, and have sought to integrate the voices of residents into episodes about their homes. We can imagine Bourdain saying what Edge says in the episode on Brownsville, that “too often people drive by small towns. They skip ‘em.” And we can imagine Bourdain would agree with Edge that there is “proof that making perfect sandwiches is enough.” Like Bourdain, Edge seems to have a palette that spans everything and an ability to talk to people of all social ranks. But there are many reasons to think that TS is attempting to be, and is, more than a travel show.

In many ways, TrueSouth is not a travel show at all. It is a show about place. In the Tompkinsville episode, Edge explains his goal “to pay attention to a place forgotten, hiding in a tangle of country roads.” With its distinctive accents, cuisines, and hometown football heroes, the South has become the part of the country that seems most clearly to be a “place” for most Americans today. But the South is not just a place to John T. Edge and his executive producer Wright Thompson—it is home.

In the episode on Oxford, MS, Edge explains the importance of being a regular, but his explanation can help us understand belonging more broadly. He says: “To be a regular in a bar or restaurant is to pledge yourself to that place. To embrace its beauty and its flaws. Out of that place comes fierce loyalty. We protect the places we claim. When they get threatened, we get scared because we know what is at stake.” What makes this show such a delight is its ability to do those things for an entire region, to acknowledge both beauty and flaws and to fiercely advocate for it, by caring about its people.

Edge celebrates the complex flavors and complicated backgrounds of the South, but he does not do so in an overly saccharine way. His approach resembles an old-fashioned more than sweet tea. Edge has been the director of the Southern Foodways Alliance since it began in 1999, and he’s now serving as founding director (since January 2022). The SFA “documents, studies, and explores the diverse food cultures of the changing American South.” Edge has spent years of his life researching and studying and upholding the history of the South, through its culinary traditions. His most recent book, The Potlikker Papers, is a “food history of the modern South.” That book goes beyond the images of Southern food common in other parts of the country, sewing together a quilt that incorporates the hungry Delta that Fannie Lou Hamer helped to feed, the biscuits of Hardee’s and Bojangles, the South of Jimmy Carter, and the South of hip Charleston chefs. He never shies away from the racial history of the South, while also emphasizing what is rich and worthwhile in its heritage.

In everything, John T. Edge seeks to elevate local culture and, in so doing, sidesteps the culture wars. Referring to the words of Patterson Hood, singer for the Drive-By Truckers, Edge writes in The Potlikker Papers, “Instead of glibly celebrating our attributes or damning our neighbors and kin for historical failings, Hood has said that Southerners who are proud of the glory should have the courage to stare down the shame. That rings true when considering the great sweep of history. And it rings clarion when studying the time spent in fields, before stoves, and at tables.” Small wonder that he has a small reference to Wendell Berry in this book.

You can love this show without having a native love for the South. TS reminds us what it means to love a place and how we make the places we live more lovable. Every episode advocates for a way of belonging we can all adopt wherever we are. Watching the show, we are reminded that we ought to be regulars somewhere. The best way to begin to know and love a place is to show up. And many of the most interesting things about a town are the things that don’t happen elsewhere, like the marble club in Monroe County, KY. TS reminds us that if we want to actually love the world around us, we have to get out into it. We cannot know and love a particular place when we spend all our time watching the same streaming movies as everyone else.

TrueSouth reminds us that comfort is not only found in food, but in community with those who make it. Each episode embraces local food and the people behind the food. Edge says that every restaurant featured “has been a monument to a person or family.” The best way to begin to know and love our neighbors is to break bread with them. TS also shows us the power that restaurants can have in a community, when they are a place of love and hard work. Many episodes explain the significance of a restaurant in a family narrative or in a neighborhood. In one episode we learn not just about the good food at Cozy Brown’s Kitchen in Prichard, AL, but about Mr. Brown’s compassion. Brown helps many who are down on their luck, and he has employed a young man who shot him while trying to rob him. His restaurant is a ministry to his community, one with a pretty good menu.

For the last fifty years, people have been thinking and writing about the decline of civil society. There have been compelling studies demonstrating the issues and compelling arguments for combatting the fraying of our social fabric. TS reminds us that food is another thing that binds us together, especially local food traditions. Restaurants can be, and sometimes are, pillars of civil society. In her book Untrustworthy, Bonnie Kristian recommends that we interact with people in person and talk about our actual lives, not just media narratives. When we go to restaurants, we encounter real people, not just social media avatars.

There are many good lessons in TS. As Edge is keenly aware, small towns may be dying but the South is growing. As populations and employments shift, the South reflects transitions affecting the nation as a whole. Wherever we are, the place around us is changing. Yet it also has a history of its own. It can be easy to view our culture with despair or enter it prepared for battle, but until we encounter real people and real places, we don’t know what we’re talking about. We will never form connections that way, and we will also miss out on some really good food. We can all benefit from viewing wherever we live from a restaurant patio.