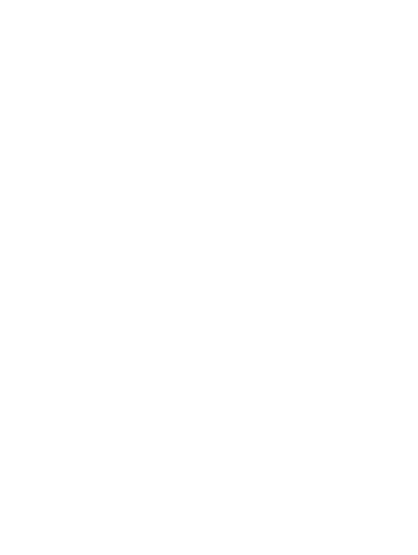 Devon, PA.  Some years ago, early in my graduate student days in South Bend, I was invited to begin an opinion column in the campus newspaper, The Observer.  The invitation came from one Peter Wicks, who had been publishing his regular An Englishman Abroad in that same paper for the previous couple years.  Initially taking up the invitation, I conceived a regular column called American without a Passport, and scribbled an introductory one, provisionally titled “South Bend Redux”; I sent it off to the paper’s editors, but the file was lost and I forgot all about it.

Three or so years later, while a Sorin Fellow at Notre Dame, I briefly did write a regular column for The Observer, called The Treasonous Clerk, which was intended to offer some glimpse of Catholic intellectual life to undergraduates who witness that strange phenomenon rarely enough on their campus.  And, of course, after a hiatus, I restarted the Clerk as a regular feature on ISI’s First Principles  journal.

A recent visit to my adopted hometown put me in mind of that long lost “dummy” column.  I think a city home once to Studebaker and now, perversely, to Humvee; a city best known in consequence of its proximity to Notre Dame, and yet which has existed for generations in odd Klan-initiated tension with her; a city so at the heart of our country that it now suffers at the heart of our depression; a city, finally, whose humble grandeur has dwindled each year precisely as a result of the United States’ flight to wealth and comfort, and who will suffer more now that that flight has been revealed as deceptive like a ponzi scheme, and insubstantial like the idea of “credit”-such a city deserves an elegy, if not a eulogy.  Perhaps the reader will excuse the much delayed appearance of the one edition of American without a Passport as my small effort at such a work:

When I tell my few friends and many colleagues that I like South Bend, they usually assume I am joking.  When I say as much to the many people I know who actually grew up here, they grimace and find some expletive way to express that they do not concur.  But I wish to submit here and now to that infallible jury of truth, the reading public, that South Bend is a nice place to live.

Rather, I would argue that South Bend is just like every other city in the United States, only more so.  Perhaps that makes it not-so-nice, but it remains no less typical for all that.

For example, South Bend has been in a state of economic contraction for much of the last quarter century.  The steel industry became extinct here about two years ago.  That makes South Bend an exemplary American city.  After all, now that the Bush administration has removed the tariff on steel under pressure from the E.U. (violating the policy of, among others, the Reagan Administration), very few remnants of that industry will survive in the U.S. as a whole.  We are destined to become a service economy where the working class consists no longer of blue-collar laborers in manufacturing and farmers in agriculture, but of uniformed masses in the various service industries.  They will tend deep-fat-fryers, make change, and experience the freedom and satisfaction that the job security of fast food franchises alone can provide.  South Bend is simply ahead of its time.

Before proceeding, I should caveat this last paragraph.  First, farmers could never be properly included among the working class because they often owned property, including the means of making their own living.  Only in an age where substantial and productive labor is thought to be inessential, an impediment to worldly “success,” could the life of agriculture be looked on as restrictive and humbling after the fashion of a worker in a factory.

Second, most such farmers are long gone from the U.S. anyway.  Especially in the Midwest – surprisingly enough – where massive corporate farms have taken over from the family farm at a greater rate than elsewhere in the country.

Third, my intention here is not to insult fast food employees.  Rather, laborers in the manufacturing industry, such as steel, may have been effectively “wage slaves,” to use an old and applicable Bellocian term, but one could at least raise a family and own a house on those wages.  In South Bend, there is ample nostalgia for the days of Studebaker, because job security and the dignity of a fair wage seemed possible then.  Many of the grand old houses that line the main avenues of South Bend were built off the wages of auto labor.

But fast food employees can look forward to neither the reasonable security nor the minimal dignity of manufacturing work.  What the Burger King and MacDonalds corporations can look forward to, on the other hand, is a surging stream of heads-of-households to flood their omnipresent constellation of restaurants, seeking for work in the absence of any alternative.  Just because the manufacturing industry has gone south and, now, east, doesn’t mean the working class will disappear or gleefully join the already disintegrating American electronics industry in the bullpens of phone support . . . those jobs, of course, are emigrating too.

All this said, I offer a few less depressing reasons to love South Bend.

Most persons will have noticed by now that the downtown area is filled with excellent, if often derelict, architecture.  Less obvious to the eye, the development of suburban sprawl or sprawl in general, in this area, is a comparatively recent phenomenon.  South Bend’s population is fairly centralized.  If the mayor could find a bull dozer big enough and drive it over to Mishawaka to take out the University Place Mall, he might inspire a sudden and wise relocation of some of those businesses into the downtown area.

This last fantasy probably won’t happen of course.  Neither the bull dozer nor the relocation.  The development of Granger and other ostensible suburbs just off the toll road north-east of the city has perhaps foreclosed on any remarkable urban revitalization in South Bend proper.  But let me offer both a warning and an inducement.

First the warning.  Let it be known that Mishawaka’s borders contain one of the largest concentrations of rental units and apartment complexes in the Midwest – the largest of any city or town in Indiana.  The lack of any large, growth industry, of course, prevents many long-time local residents from purchasing their own home.  Many are constrained to rent, just as they are without option but to work in the service industry.

Significantly, however, many of these complexes cater to white collar, or at least wealthier, residents.  They do not come cheap to rent.  Many cost considerably more than would a mortgage on a large home in most of South Bend.  But young professionals, native and imported, get one good look at that cramped, congested ramp-to-perdition called Grape Road.  They see the shopping complexes erected haphazardly with no sense of design, or intimation of affection, or desire for longevity, and know that their tenure here must not last long.  Many of these apartment complexes, then, cater to the young and hopeful who look forward to a prosperous future far-the-hell-away from here.  A more centralized business district in downtown South Bend would surely keep the best of them around.  It might even offset the curse South Bend, like so many desperate town, brought upon itself by building a convention center called “The Century Center.”  One may be reasonably sure that, when a building or monument tries to remind us of the future rather than the past, it is the former which has become most doubtful.

More pleasantly: as I walk by St. Patrick’s Church; as I pass the toppling immanence of the old Studebaker mansion; as I stare at the Civil War memorial and City Hall on my way to watch Payton Manning at BW-3s; or as I stare from the river-walk on that mysteriously tenacious fallen tree in the middle of the St. Joseph, defying by inertia even the vulgar orange scrap-metal sculpture towering above it that bespeaks its own obsolescence, I know there are aspects of South Bend that were created for, and are deserving of, permanence and admiration.  It is my honor to live among them.

This Is My Son: Two Years Later